To be honest, I never retired from weightlifting. I always have the desire to see the Olympic gold medal in my lifetime — the gold medal that I had missed in 2000 by a small margin. Since that day, I have tried to convert it into gold. Now I have my own academy and some really good lifters are being trained by me. It is a promise to myself, that I would bring 10 gold medals from the same tournament where I had to settle for a bronze.

There is an intention I see today to make weightlifting popular. Back in my days, anybody barely knew about the sport. Thirty-three years ago in 1987, girls barely had the freedom that they have today. We see initiatives like a "Beti Bachao, Beti Padhao" today, but where was it during our times? Hailing from a simple middle-class family, being a girl and choosing sport was a challenge in itself. But luckily, our mother was a brave woman. Despite not being educated herself, she wanted her daughters to flourish and become self-reliant, which is why she never resisted us to play any sport. 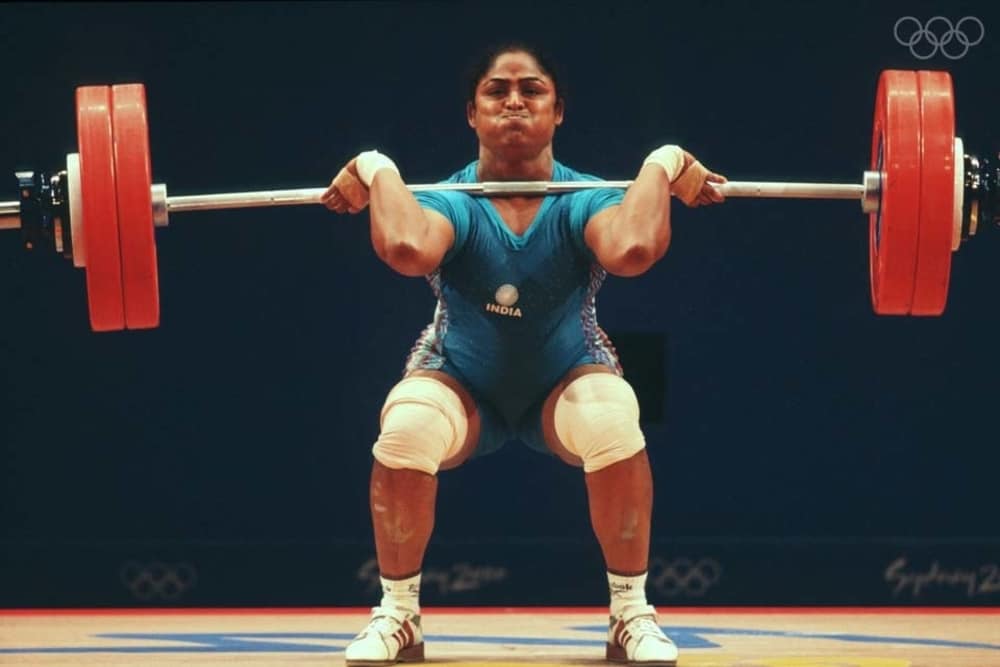 My sister was into athletics, and since she had to go to training, our mom allowed me to give her company. I would sit for hours at the centre and saw her train with other students. It was during this moment I started harbouring the desire to become a weightlifter. I saw others pick up the heavy iron weights and started thinking I would also be doing the same. I gathered up the courage to tell the coach Neelamshetty Appanna about my desire. But I got shunned by him in front of everyone. I knew it would be difficult to pursue the male-dominated sport. Being a lanky young girl, maybe I was asking for too much. But what the coach said that day further elevated my desire. I remember he told me to go back to my home and help my mom doing the household chores. Those words hit me hard and nothing would have satisfied me until I proved him wrong.

I was barely eleven or twelve that time and was a lively girl who used to charm everyone. But the coach's statement took a toll on me and I became morose. This time as well, mom being the saviour, inspired me to give it a shot without being scared of what others have to say. And that was the point I decided to pursue weightlifting no matter what. 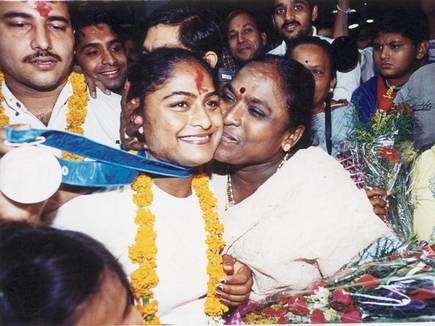 I studied in a girl's school in the Srikakulam district of Andhra Pradesh, where there was a culture of weightlifting. Luckily, one of my schoolmate's father had a gym. It was located at a small patchy land and laid in a dilapidated condition. I tried to convince the man to give me the keys to his gym so I could train with weights there. However, he was reluctant because the gym could have fallen at any moment. My friend arranged the key anyway, and every day, during the sports period of our school, we would quietly leave the premises, go to the gym and train. I trained in the fields and never bothered about those who criticised me for taking up a sport that they thought was ‘manly’.

I always had the zeal in me to prove people wrong. Whenever someone said that I won't be able to do one thing, I made sure to do it. My training had started and slowly I became a representative for my country. I returned my village in 1993, met Apanna again... this time with my first World Championship medal. In 1994, I won the silver medal in World Championship, which was later upgraded to gold after the initial winner was convicted of dope charges. I remember at that time, my peers would call me lucky. I hated the fact because I knew I was not lucky and the amount of training I did for the medal was excessive. I used to practice for 10-12 hours a day sometimes with the heavy weights. Even after that, when you hear that it was a matter of luck, you tend to get angry. I decided, no matter what happens, in the next world championships, I will stand on the podium and again hear the national anthem being played. In 1995, the World Championship happened in Guangzhou, China, and no one before that had beat a Chinese to win a gold medal. I was the one to do that for the first time. I finally proved all my critiques that I was not a flash in the pan. However, proving myself was not enough. No one ever imagined a woman from India would win a medal at the Olympics. During my event at the 2000 Sydney Games, there was barely any media coverage, I didn't see anyone cheering for me. But I knew I had gone for the Gold medal. This time, I was unlucky for missing the jerk of 7.5 kg which was supposed to be an Olympic record. It was a miscalculation on the part of my coaches to let me lift 137.5 kg in my last attempt. Even if I had lifted 132.5 kg, I could have won the gold. I knew it was a big moment for India and for me winning the bronze, but I was not satisfied. I deserved gold. The coach had to analyse my competitor's performances to prepare me, but he did not do that. Coming third in something that you are really good at, is not a memory that fades away easily. When we compete, we don’t pay much attention to the calculations or the competitors, since we are in our own zone. Our job is to pay heed to the coaches, go on the stage, and compete. So at that time, it wasn’t in my mind to question their decision. I was capable of it but a mistake from the coaches cost me gold.

However, people welcomed me with a big heart. The country was celebrating my win. Prime Minister Atal Bihari Vajpayee congratulated me on phone and called me ‘Bharat ki beti’, he also recited a shayari. Newspapers carried reports about soldiers at the border congratulating me and calling me an inspiration. We barely have seen a good amount of weightlifters coming from our country. Twenty years have passed since my achievement in Sydney, yet we haven't won another medal in the Olympics. I have to say, weightlifting is in a poor state because there is a lack of development in the grassroots. India has just 4 centres of SAI where weightlifting is carried out. Weightlifting is a rural sport. Those who are poor, and physically strong can do it. Those who are privileged doesn't pick up this sport. Though northeast has picked up the sport really well, it needs a country-wide development. If weightlifting got the right marketing, then it could have been the most popular sports in India. People don't understand much about the sport and it is not widely broadcasted as well. If we promote the sport, it can work wonders. Today, girls are ready to reveal their muscles. During our times, we had to hide.

My academy in Haryana is exactly trying to promote the sport and I hope by the next Olympics in 2024, I will be able to produce some good weightlifters from the academy. We have 55 students in our academy - 29 of them are girls. Muskaan is one girl who has a lot of potential in her. She has won one gold in the Khelo India Games and a silver in junior nationals. Sports is not magic, it requires at least five to seven years to make them good competitors. I am trying my best to chisel the lifters into Irons as they play with irons. I have given my heart and soul to the academy and I won't stop until I produce Olympic champions. I bought the land myself and also take care of the food and nutrition of my students. Those who come into the sport belong to poor families. If you are training them for around eight hours, you need to take care of everything – right from food, stay and more. These kids belong to families, whose parents struggle to make a living.

Since the biopic is being made on my life, I sincerely hope it will inspire the young generation to take up weightlifting. I achieved something at some point when there was not much help available. I hope our next generation gets motivated and make the effort give their best for this sport.

Also read: Player Speaks | Opponents should know they are up against world no. 1 – Amit Panghal