Mohammed Moizuddin with his uniquely named NGO, the Mars Football Foundation is planning to skyrocket the football culture in his state and beyond. They often say that charity begins at home and strangely enough, it is our home that we often tend to neglect and overlook the most. Caught in our pursuit of living the good life, we fail to notice the talent that is teeming throughout the length and breadth of the country, spread out over every stratum.

More than often, it is the grassroots that get affected and marginalised the most, a thought which has disturbed Moizuddin Mohammed, the person responsible for envisioning a united State through the passion for football. Working closely with the grassroots development sector of Telangana, Mohammed with his uniquely named NGO, the Mars Football Foundation in association with Ball to All, is planning to skyrocket the football culture in his state and beyond.

For the man with the vision, the creation of his NGO came from a very personal space in his life. Sneaking time out of his tight schedule, Moizuddin narrates how the Mars Football Foundation was born in 2015, “With Telangana being a new state and me coming from a rural background, knowing the pain of not having a professional coach to guide me, that made me get the idea to begin an NGO and help the passionate kids who are looking for a football career,” he shares.

However, in a country like ours, getting things done in a hassle-free way is often a utopic dream, a fact which Moizuddin has to combat even after four years of training children at the very grassroots level. There are several challenges that continue to become thorns in his road to success, the most important ones being the lack of awareness among the parents of the child and the equally lackadaisical attitude by governmental organisations in promoting grassroots sports in certain States.

Moizuddin admits that in his efforts to promote football in Telangana he has noticed the lack of awareness in people. For a country to excel better at a sport like a football, the efforts have to be plural and collective. He reveals with a hint of lament:

In several states, the key problem lies with the lack of balance in the structure of the football ecosystem. Talking specifically about the hurdles that the Mars Football Foundation has had to face, Moizuddin points to the fact that there aren’t enough professional coaches available to guide the players. The success behind any good player obviously stems from the coach and especially at the grassroots level, it is very important to have coaches with the right mentality and proper professional training who can give the kids a runway to board the flight to their dreams.

The plans of the Mars Football Foundation may sound ambitious at this present stage but Moizuddin believes that a lot of conviction and the right help from the government and the availability of coaches can give life to the dreams of so many talented players. Moizuddin elaborates on it, “Many players have a lot of skill, even players from SAI, they don’t know what professional football is. They don’t have the exposure.”

But Moizuddin, an engineer by profession has had to go through a lot of struggle, “Even when I approach my State body, which is responsible for the development of grassroots sports, and I tell them I want to help in the development, the first question they ask me is who I am…,” he voices painfully. “The second thing is they ask me if I’ve played for the nation, the third thing they ask me is if I have any coaching degree,” he trails off before adding, “When you are trying to do some good for society, there are many hurdles. There are many political issues,” admits the man from Mancherial.


Having trained close to 2,000 kids so far, right from U-8 to U-18 categories, Moizuddin has noticed that these kids, who mostly come from an underprivileged and rural background could do so much better with the correct coaching and infrastructure. For Mohammed, who has spent several years in the United Kingdom and has friends in the football-loving nation of Germany, it came as a stark reality when he witnessed the contrast in grassroots sports culture in the international sphere. Moizuddin, however, understands the problems that cripple our society with the political issues being a key deterrent to the promotion of grassroots sports.

In the UK or Germany, it is very difficult to find a flaw with their organisational schemes as they seek for balance there. Sadly, in India, even after having so much talent, we have failed to cultivate it and in the process, let so many of them to wander off to other fields. Gaining his idea about professional football from UK, Moizuddin naturally wanted to bring a change on the homefront. Yet, it has close to four years now and the Mars Football Foundation has not been able to throttle their rocket as high as they have wanted to.

Without being provided due recognition by the government, the development aspect is suffering on their side. With their sole aim to nurture the talent at the grassroots level and hopefully have players qualifying for the ISL and I-Leagues and definitely, the national team by 2023, the Mars Football Foundation has miles to go. But going the distance is easier said than done and Moizuddin wishes that the Hyderabad FC would help him out in his efforts. Moizuddin urges, “Someone from HFC can listen to me and they can send the coaches. I have the kids here. They can also come and train our coaches professionally. These are the challenges I face,” he confesses.

Further, he says with big dreams in his eyes:

The other problem which Moizuddin has encountered is the psychological barrier that parents and their children have. Coming from an underprivileged setup Moizuddin has realized, “Parents don’t have that education, you know. Working in rural areas, the parent’s mentality is that if my child is going to play, it does not make any sense,” he narrates.

He goes on to explain, “They think that time can be better spent earning money somewhere. I have kids who work at night, therefore. They work as well as come for playing. The parents only push to work and not play. I want to educate these parents and show them that even in sports they can have a career. ”

Coming to the current condition of the football ecosystem, Moizuddin has understood that, “Our football federation declares something but it never happens, sadly.” Football has become a dominant sport in states like Kerala, Goa and recently, Odisha but in the other States there is impartial implementation and there is no strict hierarchy from State bodies undertaken. Moizuddin candidly states, “There is a hierarchy but in terms of implementation, it’s not there. There is no coordination between the districts. At least proper coach education should be provided at the grassroots level.”

Moizuddin’s worries don’t just extend to his state of Telangana but go further on to West Bengal and beyond where the potential is immense but correct cultivation of talent is severely lacking. Hoping to see India stand at par with other footballing nations like UK or Germany, Moizuddin emphasizes, “I want to tie-up with all the sports NGO’s in other states and share ideas, experiences and help each other out. We could all come to the same platform and approach the Federation. It will be easier that way from both sides,” he says.

True enough several things are out of place in our country as far as promoting the football culture at the grassroots level is concerned. Just as Moizuddin dreams of having a united platform to help spread the love for the sport, it needs to be realized that it cannot be a solo effort. For India to shine better, there needs to be much-desired coordination and transparency when it comes to sports.

Curbing the growth of sports due to political factors or religious constraints can never be a solution for the rise of a nation which stands together with every laurel won, far and wide. The Mars Football Foundation hopes that with the right coaches and corporate funding, they will be able to scale newer heights and scout for grassroots talent and give their dreams a breath of life.

The start of July is the half-way mark of 2020, which has been an eye-opener more almost every one of us. The global crisis...
Read more
131,519FansLike
12,346FollowersFollow
7,203FollowersFollow 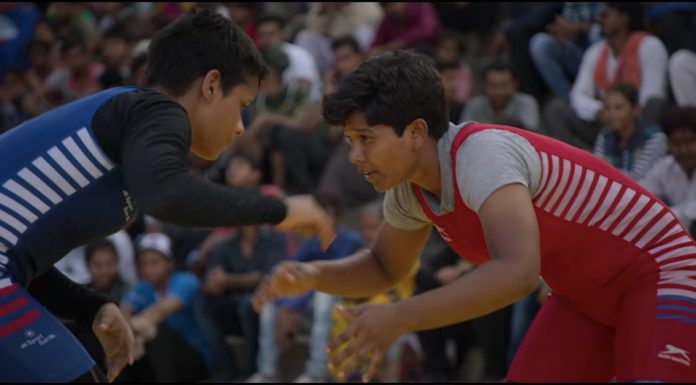