Nestling in the north-east mountainous terrain of the lofty Himalayas, the mesmerising state of Sikkim is known for its majestic natural beauty. The numerous snow-fed streams and a unique flora and fauna exhibit Sikkim’s grandeur, which often is referred to as heaven in India. However, in this paradise of a place, drug addiction among the youth makes it a living hell.

Sikkim has been for ages grappling with the epidemic of prescription drug addiction. The most popular drugs of choice have been Spasmo Proxyvon and similar formulations. Another popularly abused medication is Nitrosun-10, commonly referred to as N-10. In 2006, Sikkim enacted the Sikkim Anti Drugs Act. This legislation appended a list of substances and formulations, in schedules to the Act, whose sale or use in Sikkim would constitute a criminal offence.

The Act also provided for stringent punishments for use, and abetment to use and sale of these formulations and substances. Despite many Drug de-addiction centres springing up, there haven’t been any concrete solution to prevent this menace. However, a ray of hope has shone upon the youngsters in the capital city of Gangtok, which has come in the form of football. Channelising the passion for football among the youth, Unicorn Football Club in Gangtok is giving recovery addicts a new lease of life with the belief that football helps in getting rid of intoxication.

Named after the legendary creature, Sikkim Unicorn FC, is a football team which has a total of 22 players, of which 17 were former drug addicts. It was in the year 2014, seven like-minded men came together to address the drug menace of the state through their ingrained love for football. They came in touch with the local drug de-addiction centres and brought young players ranging between the age of 18 and 28 to form the Sikkim Unicorn FC.

The club started their journey playing the local Serenity Cup at the famous Paljor Stadium in Gangtok. Launched in 2015, the Serenity Cup is one-of-a-kind tournament aims at celebrating the recovery of patients from drug abuse — a tournament where the ten participating teams were formed by either rehabilitation centres or NGOs working with drug users in Sikkim, the district of Darjeeling in neighbouring West Bengal, and Bhutan.

There has always been an air of optimism that has driven the club to do well suggests Pema Wangyal Bhutia, who is now the Technical adviser of Unicorn FC, says:

In 2016, the club finished runners-up in the Serenity Cup, which gave them the long-awaited impetus to make it big. It was in the same year, the Unicorns made their way to their first-ever professional football stint in the ‘C’ Division of S-League hosted by the Sikkim Football Association (SFA). Who knew what started as just as a recreational activity to bring recovery addicts into the mainstream, would go on to emerge as the champions in their very first professional football outing.

“If you ask me, nobody had imagined that we would go this far and be the champions in the C Division. We were determined to keep pulling off our best show wherever we go that led us to climb the ladder successfully,” says Pema. For the Unicorns, it was just the beginning. The champions in C Division was next offered a chance to play in Division B. To its surprise, 2017 turned out to be even more special for Pema and his boys, who again were crowned the champions in B Division.

Promotion to the top-tier of Sikkim’s football league

The nascent dream took a further leap, after crushing the leaderboard in the B Division. In 2018, a significant dream was realised when the Sikkim Unicorn FC made their maiden entry into the Sikkim Premier Division League, the top-most league of the state. Pema adds:

Today a majority of the players in the club have daily jobs, and some of them are also employed in government services. Their passion for football have helped them to come into the mainstream.

Despite winning the C division tournament, the club wasn’t paid a single penny, whereas a sum of Rs 20,000 was handed to them after the team won the title in B Division. The expenditure to play for a season goes upto Rs 1 lakh at times. However, they haven’t gained much financial support. To play in the Premier Division League, a club needs money to pay for different liabilities.

A club that doesn’t have sponsors has to depend on its members for finance. Frustration piled up for the club, that was on the verge of not fielding a team this season owing to financial crunch. Gaining support from another club, Renzong FC, the Unicorns managed to pull up a team. Despite a humiliating defeat against Aakraman FC, The Sikkim Unicorn FC showcased a great comeback to stay in contention by winning a match against the defending champions United Sikkim.

“Despite making several pleas, nobody has come forward to help us. We are now protesting against SFA. People of Gangtok has shown a lot of affection for Sikkim Unicorn FC, we just hope we can steer our way from this financial constraint to build a strong team that will pose a tough challenge to other teams in the Sikkim Premier Division League,” adds another founding member Khituk Lepcha.

The players, who have battled their way through drug abuse, are now weaving big dreams with the club and hopes someday, with the help of well-wishers showcase their dominance in the state’s footballing ecosystem that has given India another great like Bhaichung Bhutia.

Veteran Leander Paes, who has announced that 2020 will be his last year in the tennis circuit, got his mixed doubles campaign...
Read more 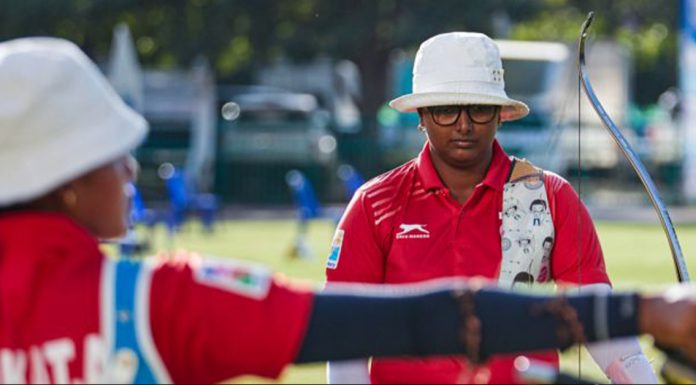 Team Bridge - January 23, 2020
World Archery on Thursday conditionally lifted the suspension of the Archery Association of India (AAI) following elections that were held in New Delhi last week. The AAI had been suspended since August 5, 2019, with Indian athletes only allowed...
Read more