Tokyo 2020 Olympics was an eagerly awaited event by fans of sports and athletes but due to the worldwide pandemic, it has been shifted to 2021. Though Indian athletes may not be able to showcase their physically gifted abilities this year, here is a list of memorable moments from India’s history at the Olympics. Norman Pritchard was the lone wolf representing India in the Paris 1900 Olympics where he scored the first two Olympic medals of India. India during this time was under British rule. He scored silver in the Men’s 200m hurdles and Men’s 200m track events. This joy was short lived after Norman permanently moved abroad to pursue an acting career in the UK and Hollywood. Despite increasing tensions between countries after the disbanding of the League of Nations, they did not hesitate to take part in the Berlin 1936 Olympics. Indian hockey team scored gold in the field hockey event. It was a clear victory as Germans considered Indians as Indo-Aryans. Hitler himself met with Major Dhyan Chand and offered him a position in the German army but the latter politely declined due to his love for India.

First gold in hockey after independence 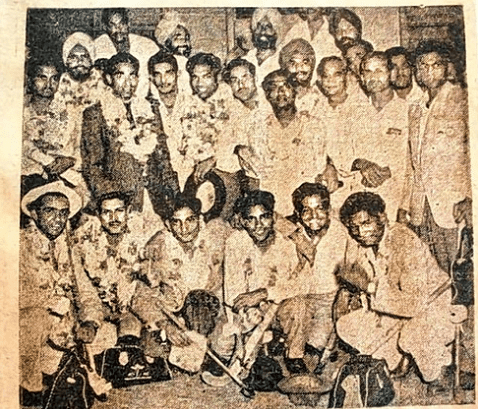 Indian independence marked a significant achievement in the history of the country. However, the Indian hockey team added a cherry on top when they won gold at the London 1948 Olympics in field hockey, making it India’s first gold medal post independence. Akshay Kumar’s movie ‘Gold’ is loosely based on this real life achievement. Nicknamed as ‘Men in Blue’, the Indian men’s hockey team had a successful gold medal run at the Olympics which began in 1928 and proved undefeated till 1960. It made India stand out as one of the best hockey teams in the world. Although the Indian team did face a minor decline, it made a comeback by winning at Moscow in 1980. 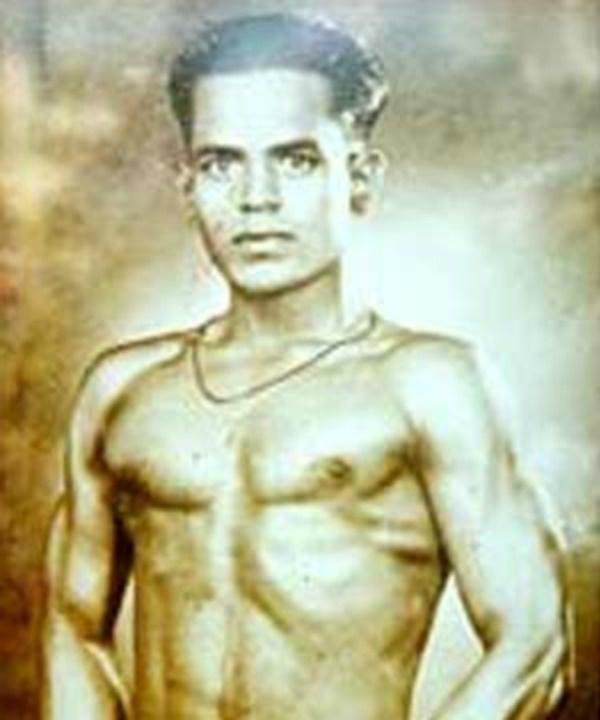 Helsinki 1952 marked history for India when Khashaba Dadasaheb Jadhav scored the first Indian Olympic medal as an individual in the freestyle wrestling bantamweight category. This could’ve been a gold medal but KD Jadhav was forced to continue after 6 consecutive bouts which made him very tired. Despite Norman Pritchard’s victory in 1900, KD Jadhav is the first athlete to score a medal for India post independence. He was posthumously awarded the Arjuna award in 2001. Abhinav Bindra marked his presence in Indian history as currently being the only Indian to possess an Olympic gold medal. He scored this significant achievement in the men’s 10m air rifle event at the Beijing 2008 Olympics. He was awarded the Padma Bhushan in 2009. Though retired, Abhinav Bindra’s contribution to Indian sports continues via his nonprofit organization; the ‘Abhinav Bindra Foundation’. Another Indian sportsperson to create history in the sport of tennis, Leander Paes has the honor of being one of the greatest doubles players in tennis along with being the record holder for most wins in the doubles category of the Davis Cup. Paes won an Olympic bronze medal at Atlanta 1996 Olympics and competed in all Olympics hosted from 1992 to 2016, making him the only tennis player and Indian athlete to do so. A retired army official, Rajyavardhan Singh Rathore is a former marksman who secured a silver medal for India at Athens 2004. This made him the first person to bring a silver individual medal for India. Contrary to most Olympians who start training at a very young age, Rathore took up professional shooting at the age of 28. He contributed to Indian sports by launching the Khelo India Games Youth during his tenure. India had one of the most successful wins at the London 2012 Olympics where athletes brought home a total of 6 medals, beating the Beijing 2008 Olympics record of 3 medals. Vijay Kumar, Sushil Kumar, Mary Kom, Yogeshwar Dutt, Saina Nehwal and Gagan Narang scored 4 bronze medals and 2 silver medals in disciplines like shooting, wrestling, boxing and badminton. Born in a family that encouraged him to wrestle, Sushil Kumar proved to be one of India’s best wrestlers, scoring a bronze medal at the Beijing 2008 Olympics and later winning India a silver medal at the London 2012 Olympics. His wrestling medal in 2008 saw India’s second wrestling Olympic medal since KD Jadhav’s win at Helsinki 1952. He aspires to win gold at the Tokyo Olympics which have been postponed to 2021. Vijender Singh is a currently professional boxer who scored India’s Olympic bronze medal in boxing as an amateur at Beijing 2008 Olympics. Primarily playing the middleweight category, Singh signed a deal in 2015 which led him to become a professional. However this decision ruled him out of the Rio 2016 Olympics. Karnam Malleswari is the first Indian woman to have become part of the Olympics. The former weightlifter made her mark by securing a bronze medal at Sydney 2000 Olympics in the 69kg weight class. She is a recipient of the Padma Shri award and the Rajiv Gandhi Khel Ratna award and has also scored many medals in the World Championships. 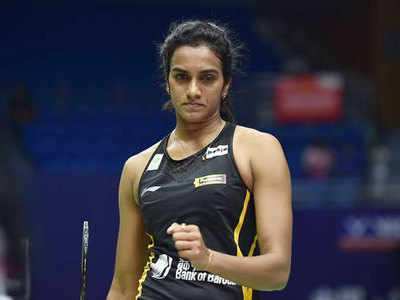 P. V. Sindhu became the talk of the country after winning a silver medal at Rio 2016 Olympics. The badminton player made her name in the top 20 in the BWF (Badminton World Federation) rankings when she was only 17. Having won medals in a variety of competitions, she hopes to be part of Tokyo 2021 Olympics and score more medals for the country. 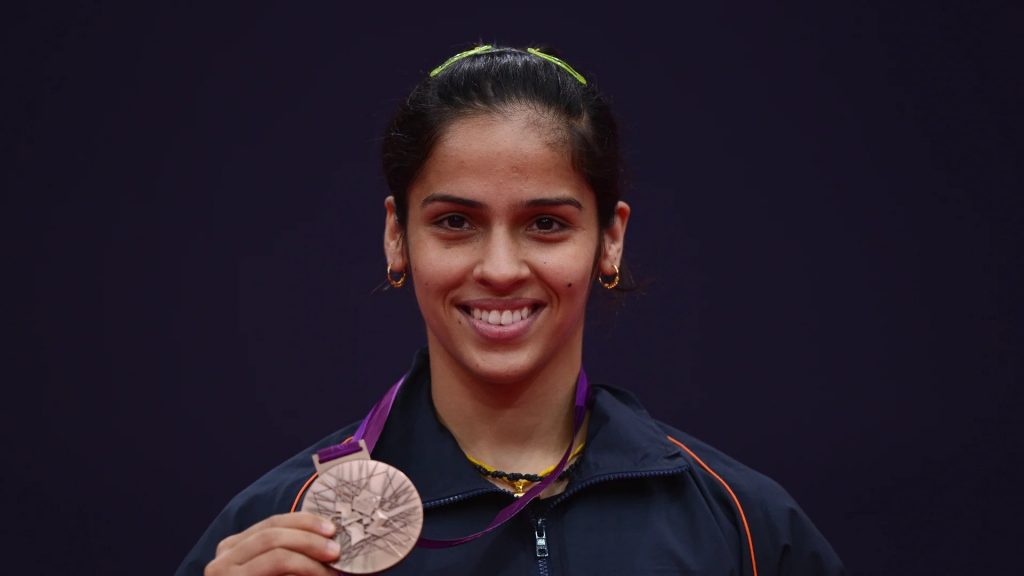 Saina Nehwal is profoundly known all over India as the former World No.1 in badminton. She brought home a bronze medal in London 2012 Olympics and was also part of Rio 2016 but couldn’t perform as expected due to an injury. She looks forward to improve her BWF ranking to qualify for the Tokyo Olympics. Nicknamed Magnificent Mary, Mary Kom has won a total of 16 medals in throughout various contests in amateur boxing. However, she made headlines when she scored bronze at London 2012 Olympics. Her fierce spirit has also been portrayed in a movie titled after her name. Though she could not qualify for Rio 2016, she continues to train to be part of the Tokyo 2021 Olympics. Dipa Karmakar made her debut in Rio 2016 Olympics in the gymnastics discipline which made her the only female Indian to compete in the sport at Olympic level. She is also one of the five women to perform the Produnova move in gymnastics. She has her eyes set on achieving an Olympic medal for India in gymnastics in the Tokyo 2021 Olympics. India’s last Olympic participation occurred at Moscow 1980 after which the Indian women’s hockey team made a comeback by qualifying for the Rio 2016 Olympics after a span of 36 years. Despite not winning, they qualified for the Tokyo 2020 Olympics and are training to win under sponsorship of the state of Odisha. Nicknamed Golden Girl, P. T. Usha is a household name in the Indian track and field community and made her name by being the first Indian track and field athlete to qualify for the Olympics final. She placed fourth in the Los Angeles 1984 Olympics but has won a total of 102 national and international medals throughout the span of her athletic career. 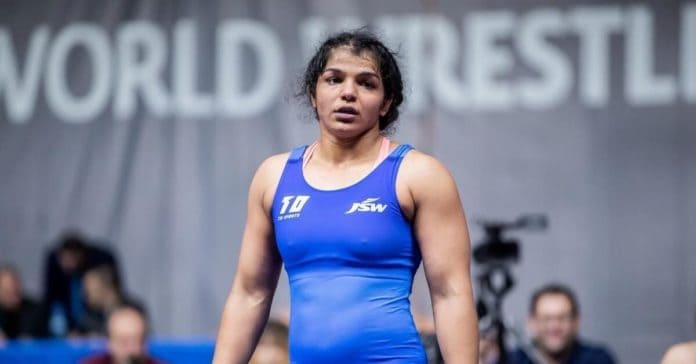 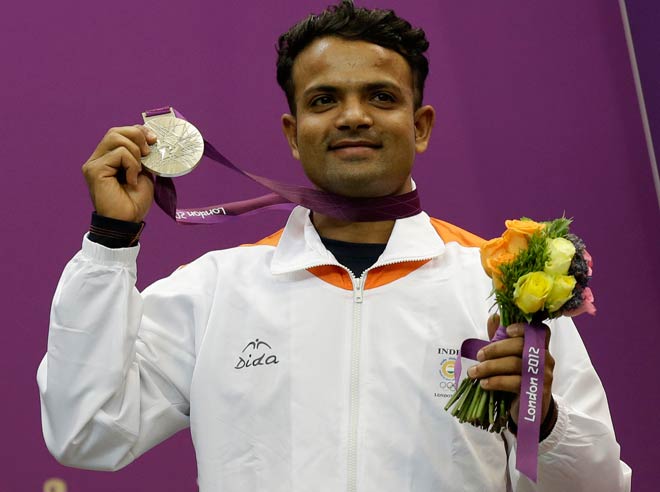 Vijay Kumar is an Indian marksman who scored a silver medal in 25m rapid fire pistol at London 2012 Olympics. The shooter’s aims of physical training proved difficult following the coronavirus pandemic which has led to lockdown throughout the country. He aims for India’s Olympic medals in shooting at Tokyo 2021 Olympics.