Esports is a growing venture in India ever since PlayerUnknown’s Battlegrounds popularly known as PUBG was downloaded by millions of youngsters from 2018 onwards. It was one of the first biggest platforms that showcased online gaming, which is slowly becoming a career alternative for virtual athletes who wish to represent India in various online competitions often held in huge arenas, with prize pools ranging anywhere from Rs.100000 to $8 Million.

In an exclusive interview with The Bridge, Sharang Naicker, founder of Yuvin Esports spoke about the growing scene and India’s untapped eSports potential.

Having started with the classic game of Road Rash, Sharang developed a passion for gaming at a very young age who later went on to become a pro DoTA 2 player. Sharang spoke of his initial struggles in esports. “Back in my engineering college, I started playing semi-pro level and I joined one of the teams which were among the top 10 in India. However, we were not able to break past the top-10 barrier and this slowly resulted in my teammates taking a break from the game and focusing on engineering and other aspects”, he said.

Sharang went through the struggle and opposition from his family for choosing an unconventional career path. Apart from having already chosen to study engineering, he felt that he needed to be part of India’s esports and help it grow and represent with his skills as ‘Talent Manager’ as he describes himself. This led him to recruiting and managing aspiring esports players, which led to the inception of first Reckoning Esports team and then youth team named Reckoning Infinity, two of the best Indian DoTA 2 teams under the banner of Yuvin esports.

Recalling the meagre prize pools during his competitive days, Sharang says that PUBG is a game that ignited the esports industry in India. “India is on the map of esports because of PUBG and it will go on to be the case for other esports titles as well. Earlier, the prize pool consisted of Rs.10,000 to 20,000. Nowadays, it has gone to lakhs and millions in USD.” Yuvin’s Community Cup, a competition of various esports titles that saw a successful first season, is launching a second season with 3 esports titles with a prize pool of Rs.3,00,000. He added, “Earlier, brands were less interested but now they understand that they can gain huge benefits and help esports to grow”. This is one of the reasons for growth in esports.

Aspiring esports players who aren’t near major metropolitan cities often face difficulties in the form of power cuts, unstable internet and more. Many pro players in his team initially faced this difficulty but found a way around it. “A nearby gaming café that has internet services can be used for practising 3-4 hours a day,” he said. Talent plays a major part as some of his team’s players travelled to a different city in order to practice and get better at their game. Dedication is at the core of Yuvin esports as, without it, one may not get too far.

According to Sharang, participating in tournaments and grinding gears on getting better at the game will eventually lead to getting noticed by many teams and exposure. It may be an unaffordable luxury for some as gaming PC requires a hefty investment to play online multiplayer games without any issues. However, with the improved accessibility of the internet throughout the country and affordable phones with high-quality features, esports has become a viable option for upcoming players.

Though Mobile esports is in its infancy, Sharang estimates that in 3-4 years it could possibly dwarf all esports titles put together. This could be true as some gamers prefer mobiles over setting up a PC, due to ease of access and quick games. He explained, “Every week, my teams are participating in tournaments for PUBG Mobile and Call of Duty Mobile. They have lucrative prize pools which help in convincing parents and family that there will be income at the end of the day. With PC however, it takes 1-2 months to come up with a tournament which probably leads to unmotivated or aimless practice that bores the player. Mobile is currently better in esports than PC in terms of exposure.”

He also explained that tables turn when it comes to prize pools, “Currently there’s a difference but it’ll be closed by the time mobile esports evolve in the next couple years”.

Yuvin esports takes care of the players’ mental and physical health. Training house equipped with a gym, swimming pool and coaches who monitor the teams, Sharang stated that they are encouraged to start the day with some physical exercise before starting their practice sessions. They are also encouraged to meditate to help focus better in tournaments.

When asked about aspiring esports gamers who are currently solo, he advised “Some esports titles like FIFA may encourage solo work. They often have small local prize pools ranging from Rs.100 to Rs.1000. It is always better to join a team as many titles such as CSGO, DOTA 2, Mobile Legends and PUBG require teamwork. Work on team compatibility and cohesive skills. Aiming for bigger tournaments will motivate one to push further which will lead to recognition by multiple teams, organizations and better players.”

Players can find local teams and other players on Facebook groups, Discord servers and many other communities on social media. For those flying solo and who wish to continue the route and are also looking to entertain people, they can broadcast their game-play on platforms such as YouTube Channels and Twitch streams.

Sharang has played several esports titles on PC but had an affinity towards DOTA 2. Regarding the game’s prize pool system, he said that every game developer has its own way but Valve does something with DOTA 2 that makes the players feel like they have contributed to the game. DOTA 2 organizes an annual competition called The International with some of the best teams across the world battling for the title. The esports enthusiasts contribute to the prize pool by purchasing the Battle Pass; a feature that allows more skins and other embellishments that an average player cannot access. In no way, does it alter the game but gives a royal feeling to the player. Its competitor, League of Legends developed by Riot Games, released an animated music video with K-pop idols which garnered 100 million views on YouTube and attracted 100 million spectators across the world watching the League of Legends tournament.

Sharang states, “It could be a good way to tap into other audiences and gain their attention. In no way does this mean that Valve needs to change itself or the game. They have been in the esports for over a decade now and have made a significant impact in the esports community but it could learn more from the competitors and gain an advantage in that aspect.”

Some colleges in North America and Australia gave scholarships to the people who were the best in esports. Though this is a relatively new concept, it encourages esports to be pursued by people similar to regular sports scholarships and academic grants. “With the proper handling of the esports ecosystem and a stronger support system, India could possibly implement this in the next 5-6 years and also be considered a career alternative without being stigmatized”, he said.

Being a gamer himself, Sharang understands how teams function and pointed out that the captains in his DOTA 2 teams are often supported. This is a big deal for DOTA 2 players as support players are often underrated and are blamed for losing. He says, “It’s a team game and everyone has one’s own role to work on. It doesn’t make a better player entitled or privileged to something.”

He also said how a boot camp is essential for the team. He explains, “It is necessary for the team as we should give them time to develop bonds outside the game. Teams spending time together and discussing game strategies and being supervised by a Coach are more likely to perform better. Those without access to a boot camp can also commit 1-2 weeks in a local gaming café and spend enough time together to become better team players. This will improve team synergy and coordination levels.”

Yuvin esports’ main aim for the Indian gaming community is to facilitate interaction with different gaming communities across the world especially those in South East Asia (abbreviated as SEA in many gaming servers). South Asian countries, especially India, have an esports market whose potential as a consumer market has been realized by companies like Tencent and have India as a priority in PUBGM. Other game companies should also start understanding that India has huge esports potential. Yuvin Community Cup (YCC) Season 1 saw pro esports players from Myanmar and India interacting and competing in PUBGM for the prize. Inspired by its huge success, YCC Season 2 is planned for a wider reach for teams from eight South Asian countries: Afghanistan, Bangladesh, Bhutan, Maldives, Nepal, Pakistan and India.

Considering the vibrant DOTA 2 community, Myanmar based teams are special invitees to YCC Season 2. CSGO will see participation from only Indian teams.

YCC Season 2 will be a live stream broadcasted on Facebook and YouTube. It will be held on 26th June to 7th of July 2020. Those interested can stay tuned to social media for more updates.

Also read: How eSports has grown in India amid the lockdown imposed due to COVID-19 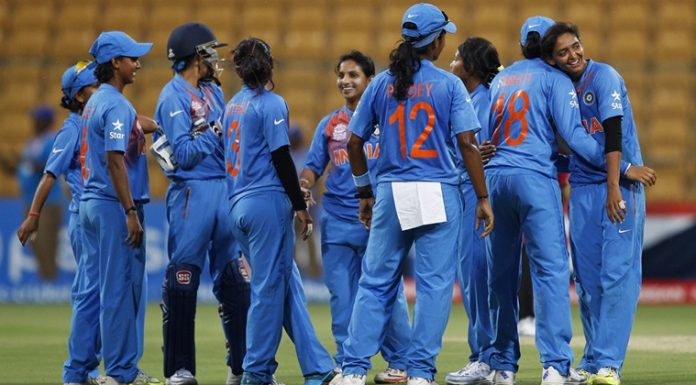