The best mobile eSports you can play during the lockdown

With COVID-19 positive cases rising incessantly in the country there’s barely any chance for normalcy to return any time soon. Sporting events will still be taking a much longer time to come back. While this condition prevails, there has been a boom in online games or eSports in the recent times which are helping people killing the boredom and enjoy these popular multiplayer games with friends and family members amid the lockdown.

The help you with these times, we came up with a list of the best eSports to play during this lockdown.

PubG Mobile is a player versus player shooter game in which up to one hundred players fight in a battle royale, where players fight to remain the last alive. Players can choose to enter the match solo, duo, or with a small team of up to four people. The last person or team alive wins the match.

Each match starts with players parachuting from a plane onto one of the four maps. Players start with no gear beyond customised clothing selections which do not affect gameplay. Once they land, players can search buildings, ghost towns and other sites to find weapons, vehicles, armour, and other equipment. Killed players can be looted to acquire their gear as well.

Every few minutes, the playable area of the map begins to shrink down towards a random location, with any player caught outside the safe area taking damage incrementally, and eventually being eliminated if the safe zone is not entered in time. A plane will fly over various parts of the playable map occasionally at random, or wherever a player uses a flare gun, and drop a loot package, containing items which are typically unobtainable during normal gameplay. These packages emit highly visible red smoke, drawing interested players near it and creating further confrontations. On average, a full round takes no more than 30 minutes.

At the completion of each round, players gain in-game currency based on their performance. The currency is used to purchase crates which contain cosmetic items for character or weapon customization. A rotating “event mode” was added to the game in March 2018. These events change up the normal game rules, such as establishing larger teams or squads or altering the distribution of weapons and armour across the game map.

Ludo King is a popular game during this COVID-19 lockdown. Many people have started playing the game with their families, partners and celebrities are also playing it and posting pictures on their social media handles. The game is very easy and most of us have played it a lot during our childhood.

The app is available on desktop, iOS and Android giving it a wide appeal. As a desktop player who is working on a PPT can play with someone who is in the kitchen cooking food and playing the game on their smartphone. As it supports an offline mode also your family can gather up after dinner and play a quick game of ludo, without the stress of finding that one missing piece of your physical board game.

‘Call of Duty’, a first-person shooter video game franchise published by Activision, has become quite popular in recent times. The game offers the players several modes to choose from. Players have the provision to chat with their teammates using the in-game chat feature. Just like PUBG, Call of Duty (CoD) Mobile is also free-to-play and it is available on both Android and iOS platforms.

The game offers realistic and visually-appealing graphics without any lags. Overall, the gameplay is faster as there is less talking and more shooting. Also, Call of Duty Mobile lets players be in the shoes of highly-trained and equipped commandos. Be it gliding to take cover or firing automatic rifles such as PDW-57 or SAM Turrets, Call of Duty Mobile puts you right into a modern-day battlefield. Not to forget you can also request a gunship for aerial support along with regulars like UAV assists and killer drones. The game comes with five online multiplayer modes, which include Free-For-All, Frontline, Team Deathmatch, Hardpoint, and Domination. There is also a battle royale mode, similar to PUBG Mobile, where 100 players are pitted against each other — either in a solo, duo or in a team of four.

Fortnite, developed by Epic Games, has become a roaring success all thanks to the ‘Fortnite Battle Royal’, which drew over 125 million players in less than a player. The multiplayer online video game is distributed as three different game modes. It is available on Android, iOs, Windows, PS4 and Xbox One. The attractive graphics, art assets and touch optimised controls have made Fortnite quite popular.

Fortnite: Save the World, a cooperative shooter-survival game for up to four players to fight off zombie-like creatures and defend objects with fortifications they can build; Fortnite Battle Royale, a free-to-play battle royale game where up to 100 players fight to be the last person standing; and Fortnite Creative, where players are given complete freedom to create worlds and battle arenas. Save the World and Battle Royale were released in 2017 as early access titles, while Creative was released on December 6, 2018. Save the World is available only for Windows, macOS, PlayStation 4, and Xbox One, while Battle Royale and Creative released for all those platforms, and also for Nintendo Switch, iOS, and Android devices.

While the Save the World and Creative versions have been successful for Epic Games, Fortnite Battle Royale, in particular, became a resounding success – drawing in more than 125 million players in less than a year, earning hundreds of millions of dollars per month, and becoming a cultural phenomenon.

Carrom Pool is a super fun game that’s similar to the all-time classic pool and challenges you to introduce the same coloured tiles in each of the holes on the board. The player who can get rid of all their tiles first wins the game.

Gameplay in Carrom Pool is pretty simple and that’s part of what makes this game so addicting. The only thing you have to pay attention to is whether your tiles are the black ones or the white ones. After that, your mission is to hit them to try to introduce each one of them on the correct hole. You can also check out your score at all times on the upper part of the screen, just under your picture.

Controls are really user-friendly because you first have to tap on the throw tile to locate it. Then, slide your finger to trace the trajectory and let go whenever you want to release the tile.

The player that gets rid of all their tiles first wins. It should also be noted that you could also win all the coins in each round. We’re basically talking about a game that’ll keep you entertained for a good while by beating all your rivals. 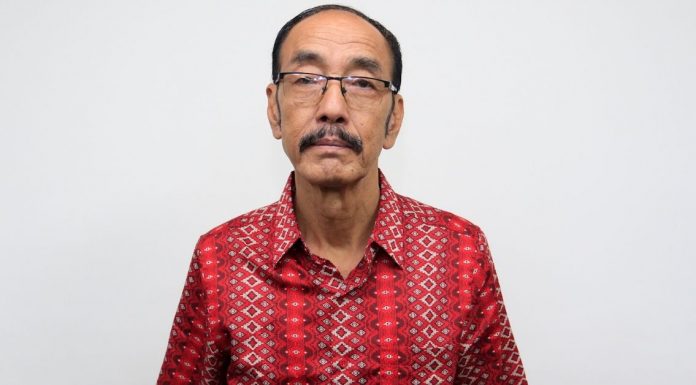 Press Trust of India - Modified date: July 10, 2020
Hockey India Executive Board held an Emergent Executive Board meeting today naming Manipur's Gyanendro Ningombam as the Officiating President of Hockey India. This was following the resignation letter of Mohd Mushtaque Ahmad received by Hockey India on 7 July 2020 due to his personal and...
Read more