[Satire] Online gaming, the next big threat to mankind?

The Covid-19 epidemic has changed the world as we knew it. It’s almost similar to a post-apocalyptic scenario, barring the destruction of course. People have been forced to go into isolation, there can be no social gatherings, offices have found a way to make their employees work from home, schools and colleges are closed, live sports is not happening, clearly it’s a something no one had seen coming in this day and age.

But human beings know how to adapt, they know how to make the best of every situation. To cope with social distancing, as many reports and data suggest, people have turned to esports and online gaming.

Games like PUBG, Fortnite, Call of Duty: Warzone are attracting millions and millions of users who are sitting at home with literally nothing else to do. In today’s world, people can’t live without entertainment in one form or the other and the sense of being able to interact with friends and family while gaming is a very basic stay-at-home entertainment provider.

Earlier this week, PC gaming platform Steam, video game digital distribution service by Valve, revealed record numbers of gamers online in recent days, recording 20 million players online at once for the first time last weekend. Live figures from the platform further revealed that the platform is breaking the 20 million mark regularly, according to its own data, which it attributes to coronavirus.

Call of Duty: Warzone, the new free-to-play game from the popular warfare series, was released early last week and within days, has registered over 30 million players.

But, as the world dives into esports and online gaming, it could be so, that human beings are digging their own graves. Although, internet service providers have insisted they can handle increases in daytime traffic, reports have suggested that online gaming takes a massive toll on internet bandwith, substantially reducing the speed and increasing connectivity errors.

BREAKING NEWS: Video game players are urged to play at 'reasonable times' to avoid putting an extra strain on internet networks during the coronavirus outbreak. Online gaming is 'the biggest threat to internet bandwidth' these next few weeks.

In fact, gamers have been asked to limit time online during working hours to ensure those in self-isolation trying to get work done aren’t affected by slow speeds.

As such, the relation between online gaming and the internet, so to speak, is indirectly proportional. In simpler words, the more you game online, the faster you kill the internet. Okay, not kill, maybe but slow internet is as good as no internet. (Have you tried using 2g internet recently? I have, and it’s no fun.’

Slow internet means — painful (read, no) video streaming which means no listening to songs or watching old videos on YouTube, no streaming online movies and TV shows, no shopping online, no online socialising, nothing. Can human beings live in a world like that?

To cope with one threat, are we inviting an even bigger one?

[Satire, because believe it or not, human beings can survive without internet.]

“Life Outside the Lines” is a new weekly column in collaboration with one of India’s promising Gen Next player, Mukund Sasikumar. With candid honesty,...
Read more
ESports

The Esports industry is thriving in India with the disruption caused by the coronavirus and the country's lone Asian Games medallist in competitive video...
Read more
131,063FansLike
12,136FollowersFollow
7,155FollowersFollow 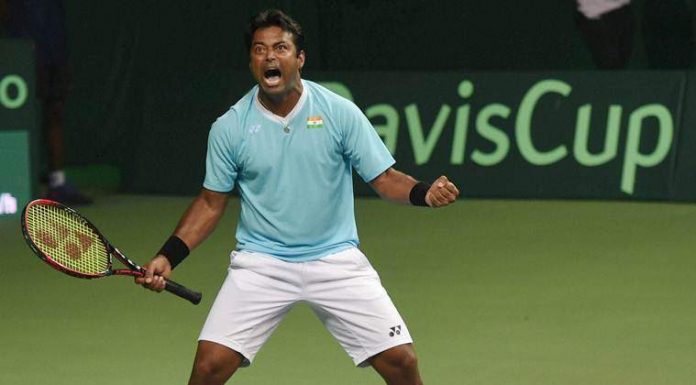 Press Trust of India - Modified date: June 5, 2020
Leander Paes is just three shy of completing a century of Grand Slam appearances but is now unsure whether uncertainty caused by COVID-19 pandemic will allow him to complete the coveted milestone or for that matter compete at the next year's Tokyo Olympics. Paes had...
Read more