Eliud Kipchoge was already famous but became increasingly well known for being the poster boy who set the world record in October 2019. He finished a marathon in 1:59:40 and covered 42.1km with an average pace of 2:50 per km. Usain Bolt is popularly known as the fastest man alive for setting the record in World Championships in 2009 by running 100m timed at 9.58 seconds.

The similarities between the two are that both Kipchoge and Bolt broke their own previous records and set new ones, both are blessed with God-level fitness, good genetics and the mental discipline to train and win. However, if there comes a time where either chose to compete in the other’s sport, they’d falter. A common misconception is that since they’re both competing in running, they’re likely to condition their stamina and agility.

Marathon runners have a higher VO2 Max compared to Sprinters. A VO2 Max is a measurement of the maximum intake of oxygen when a person performs exercise of increasing intensity. They train to endure long distances, stay in relatively lean form with very little body fat. A lot of marathon running is highly dependent on mental toughness more than physical, using positive affirmations and keeping them rooted to their goal.

When it comes to sprinters, they train for agility, stamina and explosive power. They are visibly muscular and train with free weights and bodyweight plyometric exercises which are compound explosive movements that build power and speed. Sprinters have a little requirement of VO2Max as most of their runs finish fast. 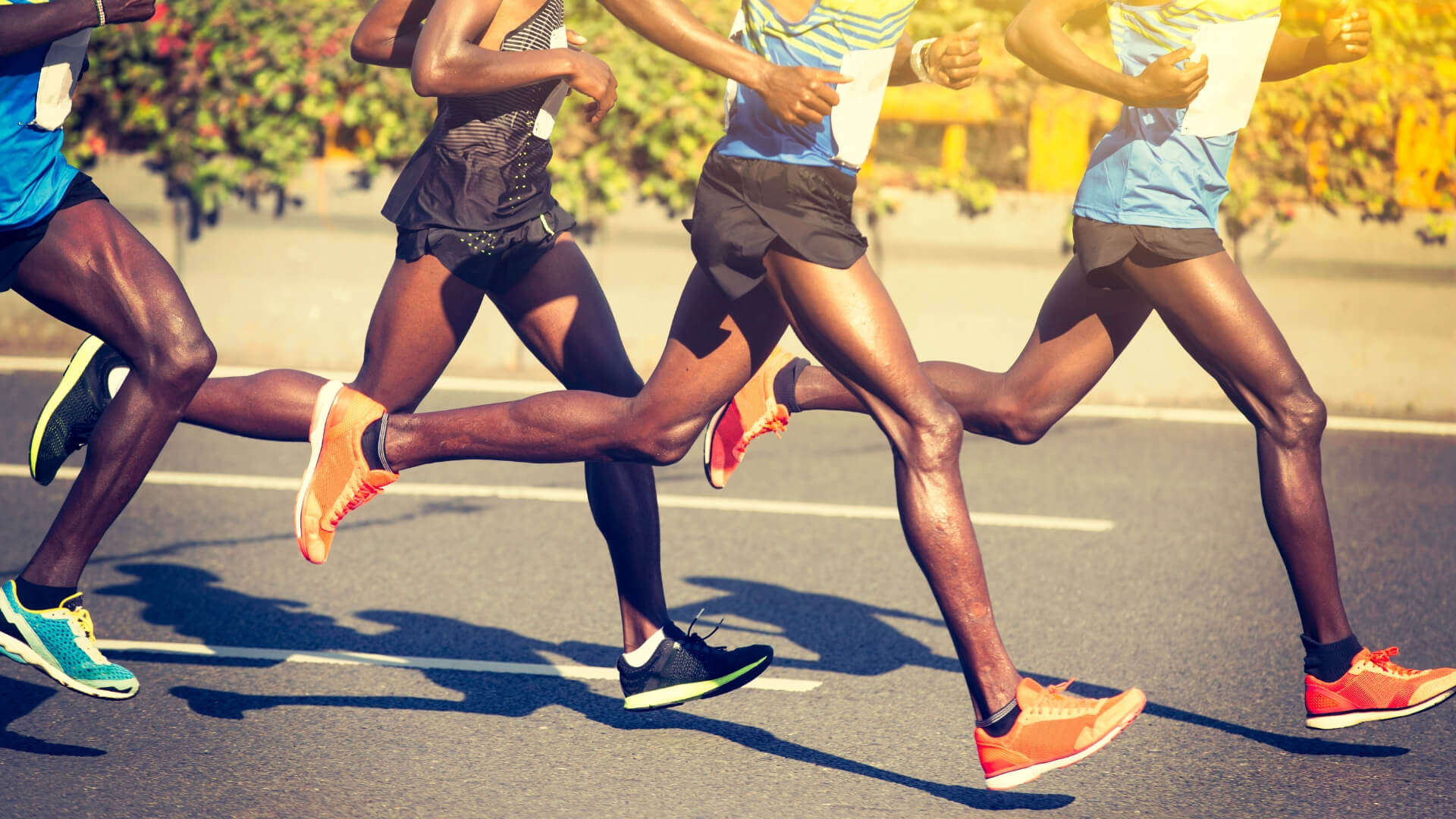 However, that is not to say that sprinters don’t require endurance and marathon runners don’t train for speed. Though the former focuses primarily on building type IIb muscle fibers, which focus on delivery directly from the muscle than from the body’s energy reserves, they still might choose to add a long distance run on occasion.

There is a myth that long runs develop slow-twitch muscle fibers discourages sprinters from long distance running. While that is partly true, the human body has 50% of fast and 50% of slow-twitch fibers. So long distance runs in this case would merely bring back a balance, rather than hinder the progress of a sprinter. Marathon runners also have benefits training speed. They face severe lactic acid burn once they hit the last 5-10km. Speed drills and sprints put the body through almost similar stress and help them develop more tolerance towards the burn and might help them push during the race day.

Sprinters on the other hand do not have a single recommendation as it depends on the athlete’s body and which food and training regimen it responds best to. Race day nutrition must have the goal of maximizing muscle function and reducing gastrointestinal distress or dehydration [2].

Despite having their differences, marathon runners, sprinters and all athletes have one thing in common. They’re all willing to work hard, have the discipline to train and possibly represent their country on a platform like the Olympics. Competition is just another way to challenge them and grow.