'Everything being taken away from me': Banned wrestler Satender Malik opens up

Till last month, Satender Malik was hoping to qualify for the Commonwealth Games. One slap in the heat of the moment has turned his life upside down and he now faces two bans. Can he rise up from this abyss?

Turbulence is a term we generally use while flying, but heavyweight wrestler Satender Malik will disagree with this as his life has been facing turbulence for the past two months.

The wrestler from Haryana was hoping to represent India at the 2022 Commonwealth Games till last month, but one wrong step in the heat of the moment has turned his whole life upside down. 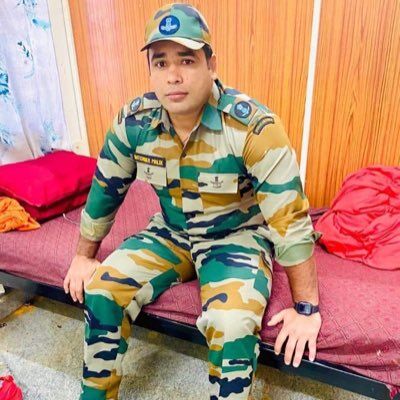 Satender Malik has been active on social media trying to prove his innocence.

Talking to The Bridge, he says," Saari chizen samajh se bahar hai. Pura jeevan khel me lagaya hai aur ab iss mukaam pe career me ye ho raha hai. Itni mehnat kar ke jab iss level pe pahuche hai aur fir ye ho raha hai toh insaan pareshan ho jaata hai aur disturbed bhi." (Everything that is happening with me is beyond my understanding. I gave everything for this sport, and this disaster is happening at this point in my career. After so much hard work, when this happens, a human being is exhausted and disturbed by all of it)

The conversation above is enough to tell you what the wrestler is going through after the latest developments. This week, it was reported that NADA has slapped a 4-year ban on the 32-year-old for missing a doping test last year in an Inter-services tournament where he won the gold medal in his category.

Let us rewind a bit. All hell broke loose at the K.D. Jadhav Stadium in May when Satender slapped referee Jagbir Singh after a heated altercation between them.

What exactly happened in May?

During the Commonwealth Games trials, Satender Malik fought against Mohit in the heavyweight category. With almost 18 seconds left on the clock, the scoreboard read Satender 3-0 Mohit. A takedown happened on the court, and the judge and mat chairman awarded 1 point to Mohit, effectively guaranteeing a win to Satender as there was very less time left on the clock.

Mohit's coach challenged the decision, which went to the jury. This is where all the drama starts. One of the jury members Satyadev Malik belonged to the same village as Satender. To keep the judgement fair, the selection committee decided not to consider the decision of Satyadev and called in another referee by the name of Jagbir Singh.

Jagbir Singh went to the monitor, saw the footage, analysed it and decided it was 3 points for Mohit, effectively tying the game with 18 seconds left. Satender and his coach started asking questions to Jagbir.

"Tanne kya mil gaya mera jeevan khrab kar ke? (What will he get after ruining my life?)" Satender says about the referee.

The incident snowballed into national headlines, and video evidence suggesting the wrestler may not have been the one who started the fight came up, but things only got murkier. Both parties claimed they didn't start the fight. Satender Malik was slapped with a lifetime ban by the Wrestling Federation Of India, which he is challenging in the court.

In new developments, NADA's Anti-Doping Disciplinary Panel (ADDP) has banned Malik from failing to submit his sample for a dope test during the 70th Inter-Services Meet in October 2021, where he won Gold.

Explaining his part of the story, Satender says, "I suffered abdominal pain during the bouts which are abnormal for me and that is why I rushed to the Vinayak Hospital in Noida after my bout. My coach informed them also that he is suffering from pain now, if you want, please come to the hospital and get the sample."

No one got back to him after that, the wrestler claims. He didn't pay much attention to it then, but he had no idea it would come back to bite him one year later.

"This incident is from last year. I had no idea this is such a big offence that I will be banned for 4 years. For the first time in my life, I missed this and it is happening. I was there the next day also but nobody asked me for a sample. I have played tournaments after that and I have been in the camps throughout," he says.

"There was no warning issued to me. I played tournaments and won medals also. I also attached my hospital documents, but it has been all termed as a cover-up."

The Bridge understands that Satender is guilty of breach of Article 2.3 of the Anti-Doping Rules. Once a breach of Anti-Doping Rules has been established, sanctions of individuals provided under Article 10 of the Anti-doping Rules, 2021 must ensue. The hearing Panel holds that since the Athlete has intentionally evaded dope testing, he is liable for sanctions under Article 10.3.1 for ineligibility for four years.

Satender said he didn't think of what he did as a crime, and he even went without any lawyer when called for a NADA hearing.

The Bridge reached a WFI official about the case, who states, "The tournament in question has nothing to do with WFI as it is organized by Services. If any athlete avoids a doping test the doping committee is responsible for any action further as it is mandatory. We have no jurisdiction on the decision of NADA."

What lies ahead for Satender Malik?

No one seems to have time for a wrestler who is capable of physically assaulting a referee, but Satender says the experience makes him hate sports.

With a heavy heart, he says, "I gave my whole life to this sport. Now when everything is being taken away from me, it leaves me frustrated and angry. Probably, I won't let any of my loved ones take sports if this is the result."

On asked what is the road ahead for him, he says. "I'll hire a lawyer and contest this decision in the court as it is unfair on me. I still have a few years of wrestling left in me."

With the ongoing battle with WFI, even if Satender manages to overturn the lifetime ban, it will be tough for him to see through the four-year doping ban - set to last till November 2025.