While Sania Mirza-Ankita Raina can still breathe easy, Sumit Nagal will have to start worrying given the tricky Tokyo Olympics tennis draw handed out today.

Tennis at the Tokyo Olympics will be featuring top stars like Sania Mirza, Ankita Raina and Sumit Nagal who have headed to the Japanese capital to try out their luck in the quadrennial Games.

Keeping the controversies related to Rohan Bopanna aside, India has only managed to qualify for the Women's Doubles and received an eleventh hour surprise entry in the Men's Singles event. Missing out on the Men's Doubles berth by a fair margin, India won't be having representation in that event for the first time since the 1992 Barcelona Olympics.

With all tennis action scheduled to begin from 24th July at the Ariake Tennis Park - the Indian players will have to be at their absolute best to survive the tricky draws they have been handed for the Tokyo Olympics. In hot pursuit of becoming the first man to win a Calendar Golden Slam, World No. 1 Novak Djokovic will be entering the Tokyo Olympics as the obvious medal favourite. No big names like Roger Federer or Rafael Nadal will be present this time around to play spoilsport to the Serb's plans even though 2-time Olympic gold medallist Andy Murray will be there too.

In the tennis draw released on 22nd July, 2021, it shows that Novak Djokovic will be opening his campaign for an Olympic gold by facing off against Bolivia's Hugo Dellien, ranked 139th in the world. However, Djokovic won't have to face any real challenge ahead of the finals, at least, where he might meet World No. 2 Daniil Medvedev, provided the Russian moves past India's Sumit Nagal earlier.

No words can express my emotions. A surreal feeling to qualify for the Tokyo Olympics. Grateful to all your support and wishes. pic.twitter.com/TyauJUBKBk

Coming to India's hope in the Men's Singles, we will have the 23-year-old fiery youngster Sumit Nagal heading into his very first Olympic Games. Nagal, who got an entry as late as 16th July after withdrawals took place and pushed him into the Tokyo roster, has a lot of work cut out for him at the Games. In the very first match, Nagal will face off against seasoned player, Denis Istomin and if the Indian lad does manage to upset former World No. 33 player from Uzbekistan, he will have to wrack his head over meeting Russia's World No. 2 Daniil Medvedev. 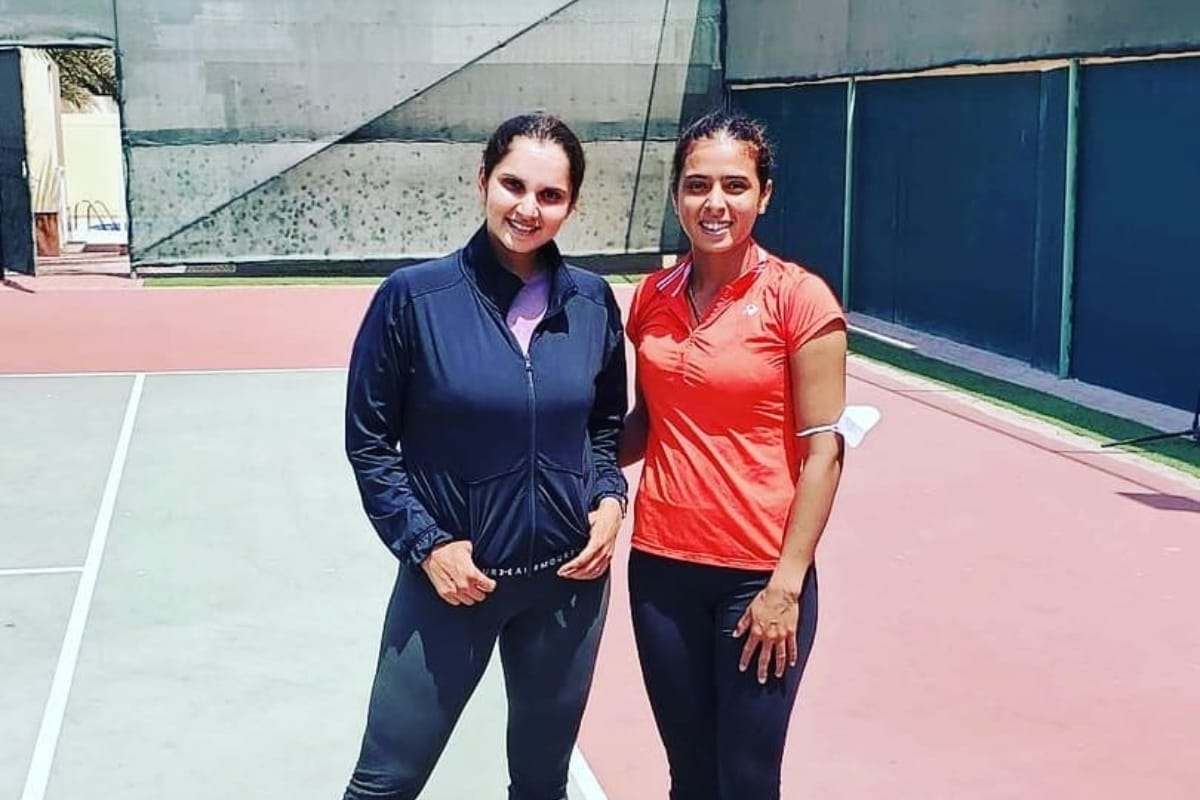 Aside from the Men's Singles, India will have to look forward to the campaign of 6-time Grand Slam champion Sania Mirza as she pairs up with the younger Ankita Raina in the Women's Doubles. Playing her 4th Olympics on the trot, Sania Mirza will be expected to take the lead of her team as they face-off against the Kichenok twin sisters - Lyudmyla and Nadiia from Ukraine. Sania and Nadiia are familiar with each other once again as the 34-year-old Mirza had paired up with her after returning from her maternity leave and playing at the Hobart Open, before going on to win it ceremoniously.

Rallying together to make India proud at #Tokyo2020! 🎾 @MirzaSania and @ankita_champ have departed for 🇯🇵! #Olympics pic.twitter.com/UTOwgmzaic

However, to the credit of Sania Mirza and Ankita Raina, since the Kichenok sisters are not strangers to the veteran Mirza - there should be no surprises waiting to spring on the Indian pair. Moreover, to Mirza's credit, she, along with Andreja Klepac, defeated the Kichenok sisters recently in the opening round of the 2021 Total Qatar Open in March, winning the thriller 6-4, 6-7(5), [10-5]. Therefore, it should be smooth sailing for the Mirza-Raina combine into the second round.