Although Rohan Bopanna feels the payment delay for Davis Cup is "ridiculous", AITA Sec-Gen is surprised at the player's comments and revealed the reason for the supposed 'delay' in fee processing.

Rohan Bopanna (with the Indian flag) and Divij Sharan at the Davis Cup World Group I Playoffs (Source: PTI)

Although it has been a little while since India played Denmark in the Davis Cup World Group I Playoffs in March at the Delhi Gymkhana Club, All India Tennis Association (AITA) General Secretary, Anil Dhupar is not one to get flustered over the yet-to-be-released payments from the International Tennis Association (ITA) unlike ace Indian tennis player, Rohan Bopanna.

On 7th May 2022, the veteran doubles player from Bangalore, who is currently playing at the Rome Masters, took to his Twitter to raise concerns about the delayed payments and how they are yet to receive the prize money despite the event having concluded on 5th March.

The AITA (Federation) has still not received prize money from.@ITFTennis for the @DavisCup matches we played against Denmark in March 2022.
Ofcourse that delays the payment for us players also.
There has to be some time limit for payments being made on time. #ridiculous

Shedding more light on the matter, AITA Sec-Gen Anil Dhupar is unwilling to rhyme with Bopanna's worries and explained to The Bridge, "It takes 3-4 months usually for these payments to get processed, it hasn't come in yet," he patiently elaborated.

"They have never stopped payments previously for the players, we also reimburse the players as soon as we get the money, it's very odd for Bopanna to say things like this - kuchh aur kaam nahi hai, kya?"

The 42-year-old Bopanna played a crucial role in the tie against underdogs Denmark at the Davis Cup World Group I Playoffs where he, alongside partner Divij Sharan had to dig deep against Frederik Nielsen and Mikael Torpegaard, to finally win 6-7, 6-4, 7-6 the important match after an arduous battle of one hour and 58 minutes.

DAVIS CUP: BOPANNA/DIVIJ SAVE THREE MATCH POINTS TO SEAL TIE 3-0 FOR INDIA@rohanbopanna and @divijsharan won a thrilling match in front of a capacity crowd of 3800 at the Delhi Gymkhana

"He (Bopanna) is a crazy man, that way," Dhupar, with a dismissive chuckle mentioned, when asked why Bopanna would pose such a question about prize money payments if a 90-day window is a norm that is followed in this case.

"Bopanna has been playing the Davis Cup for so many years...since 2002...he should be familiar with how this works, no? It takes 3 months minimum between their playing date and the day they receive the money, it's not that he doesn't know this," Dhupar expressed while reassuring that the AITA has been closely following up regarding the status of this payment.

"Rohan is well aware of this. He plays in this circuit. He knows when the payments are released, and when it is paid. Moreover, this isn't only for us, many countries are facing the same thing, so really there is no such big issue here," Dhupar continued.

"Rohan should be more mature in his actions and not behave like a child about all this," Dhupar, almost in a chiding tone, carried on.

"It doesn't really make a difference to anybody because they know the fact about these payments. We have written to the ITF and they have mentioned that the documents have been processed and the payments will be released shortly, so I'm expecting it to arrive within the next 10 days," he said. 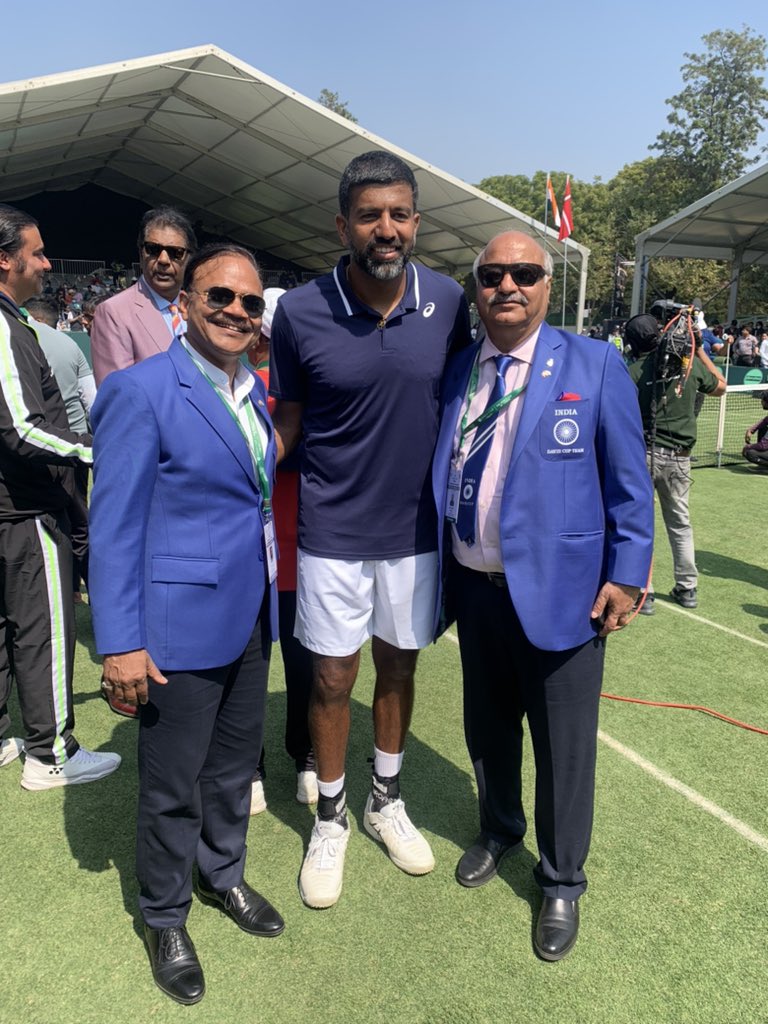 Not only that, when it comes to getting the prize money approved for tournaments such as the Davis Cup, a long and winding process is involved, which players, especially experienced ones like Bopanna, Dhupar claims, is well aware of.

"There are certain reports which have to go by courier and not mail, so that also takes time. Delhi Gymkhana gave the reports to the Delhi Tennis Association and then the DTA passed it on to us, it works like a chain but there hasn't been any delay on that front too, but this is how it generally works," Dhupar explained.

"It seems like Rohan doesn't have anything else on his plate and hence he is putting up these tweets," the AITA Sec-Gen gathered.

"But seriously, the talk should be about the development of tennis in India and not crib and cry about Davis Cup payments. I can't imagine which player hasn't been paid to date for Davis Cup, in the past. Have some patience," Dhupar, clearly surprised by Bopanna's actions, relayed to The Bridge.

The AITA has swung into full-action mode and is making the most of the summer and monsoon in India to plan for the season ahead that begins in September.

"We plan to have back-to-back tournaments once the season opens. We will not only focus on seniors but juniors also. A lot of talent is coming up from the camps and we are keen on exploring more of that," Dhupar mentioned.

In June, there will be two ITF Women's USD 25,000 events in Gurgaon while a host of other events are also lined up for later in the calendar.

Happy to announce we will be hosting these 2 tournaments to benefit our Indian players at The Tennis Project in Gurgaon.
Let's make Indian Tennis & our players rise and shine!!@AITA__Tennis @aniljaindr @ianuragthakur @cmohry #india #growth #TheTennisProject pic.twitter.com/E6F7DGMgTY

"We have already asked the state associations to mention which events they would like to host. Based on that the allotments will be made and then sent to the ITF for approval."

Indian tennis, especially in the junior circuit, is shaping up well, with Dhupar also lauding the likes of youngster Rushil Khosla for his performance in the Junior Davis Cup, too.

"We have to be positive and give an opportunity to everybody and go ahead with the best team and concentrate on the growth of the sport in the country only," Dhupar stressed, before signing off.