While the table tennis circuit in India has been dominated gracefully by the likes of Achanta Sharath Kamal and now Sathiyan Gnanasekharan, the up-and-coming record of another high-spirited paddler, Anthony Amalraj holds a special place in the fraternity. Also a product of the Tamil Nadu’s table tennis powerhouse, Amalraj took his own sweet time to make a mark for himself.

While Sharath was ruling the roost, already becoming a six-time national champion, it was Amalraj who broke the former’s streak when he outwitted Sharath in the final of the 2012 Senior National Championships and since then there have been no looking back. Now, Amalraj is an indispensable part of the Indian team, and one of the lieutenants of the present golden age of Indian paddlers.

After having a successful outing in 2019, the 33-year-old had a brilliant kickstart to the year winning eight of his nine matches and being the only Indian to reach the round of 32 at the Qatar Open, a World Tour Platinum event, in March, which led him to break back into the top-100 ITTF rankings.

Having an extremely busy roster for the past couple of years, Amalraj is taking his time to wind off amid the COVID-19 imposed lockdown, when sports have taken a backseat. In a freewheeling conversation with The Bridge, he found out time to elaborate on his journey in the lockdown so far. “I took the first week of the lockdown to wind off. Since the 2018 Commonwealth Games in Gold Coast, I barely got time for myself to take a break. We must not forget 2017 was also quite a gruelling year for us. So since 2017, it took almost three-and-a-half-years for me to take a break. In last year itself, there were tournaments every fortnight, so I played almost 25-27 tournaments. Only after a proper recovery, I could focus on my fitness and then have been following my training regime indoors. Then I could find time to take lessons from video analysis sessions. When we are playing tournaments, there are matches we have to play abroad, and we had to travel constantly for that. Last two years have been a journey of improving my game, and now I can reflect upon my journey with time in hand. Earlier, I used to be at home for hardly two or three days a month. It’s time to focus on the smallest of details,” said Amalraj.

Amalraj opines this long hiatus owing to the lockdown would rather keep him charged for the upcoming challenges as. He adds, “We never get this big break. We cannot be disheartened and have to stay positive. Before, this, a two-week break didn’t seem satisfying. However, now with so much time, I believe I can go on for another three years with all my potential without much breaks.”

The last couple of years have brought the watershed moment for Indian table tennis. Last year, the Indian men’s table tennis team broke into the top 10 in world rankings, and now they are at eight, its highest ever position on the table. Consistent performances from Sharath Kamal, Sathiyan and Co. – starting with the gold in the Commonwealth Games in 2018 and a bronze at the Asian Games to gold in the Commonwealth Table Tennis Championship in Cuttack in July and its second-best showing at the Asian Table Tennis Championships in September – has helped India steadily rise through the ranks from 13th last year to its current ninth position. Also in 2018, a young Manika Batra claimed two gold medal while the India team bagged a total of eight medals.

Amalraj quips, “This is the golden period of Indian TT, because if you see the track record of the last three years, everyone has played brilliantly and took India to the fore. If you see Sharath, Sathiyan reaching top-30, Harmeet and I reaching top-100 and winning gold medals at Asian and Commonwealth Games. In 2012, we had a very close chance of winning the Asian in Macaw, but we lost with a narrow margin of points. That was a disappointing moment for me. There are a. lot of positive takeaways from the 2018 Asian Games. It was very important for us. In Pro Tours as well, in recent history, Indians have held their flag high.”

The Chennai lad started his journey at the age of 5, taking inspiration from his father, who was also a paddler. He wanted Anthony to be one of the top TT players in the country. And hence, the dream of making it big fr the nation were sowed into him since early childhood only, I had this dream of becoming a good player. And the interest fuelled in me. At the age of ten, he showed promise in the junior level competitions and went to enrol himself at the Petroleum Academy in Ajmer, Rajasthan, to take his game to a higher notch.  “My game picked up there and slowly I started becoming good at my age levels. I was India junior no. 2 at one point, but the national championship always had eluded me. I was one of the very few players to have won the senior-level tournament without winning a junior level tournament. In 2012, I defeated an unbeaten Sharath to win the Nationals. My game excelled after that. Over a period of time, we started winning tournaments. Again in 2015, I won the national championship and the SAF Games as well.”

Things were looking up post the win as he teamed up with Sharath to win silver in the men’s doubles at the 2014 Commonwealth Games. He then decided to chart a similar path to his partner by going to Europe. However, he was hit by a major slump owing to one of the technical changes in the game. “In 2015, TT balls were changed to plastic balls from celluloid balls. I got so used to the celluloid balls as the gameplay was much faster. In plastic balls, the game got slower and I had to change my technique. It was a difficult phase for me. For the next couple of years, I took my time to get acquainted with the plastic ball.”

The fighting spirit in the paddler rolled him back to the scene in 2017 when he played two back-to-back Pro Tour finals and eventually within a couple of years, he broke into the top 100 rankings. He was bestowed with the Arjuna Award the same year and the success kept coming in 2018 when he won the gold in the men’s team event at the Commonwealth Games along with old mate, Sharath and youngsters, Harmeet Desai, Sathiyan and Sanil Shetty. The triumph was a big moment in Indian table tennis and Amalraj revealed how he changed his mindset to achieve the dream of playing at the Olympics. He won the gold medal in doubles at the Commonwealth Championships in 2019 and pairing up with Sathiyan, he won the medal at the Australian Open. It was the first time India won a medal in a platinum level competition, where they beat the Korean pair who were World no. 5.

Amalaraj has aged like fine wine. While Sharath is still going strong at 37, his compatriot believes, with age, his focus has increased sharply. “Age is not a factor anymore. You see players like Sachin Tendulkar, even Sharath Kamal, who is 37 are going strong. More than age, it is all about your focus that matters the most. True, you don’t the energy like it was when you were 23. However, now I am more experienced and have a set of challenges which I know, I can overcome,” says Amalraj.

After missing a chance to qualify in the singles event, the athlete is looking for another chance to make to the Olympics in the team event. That mission was supposed to get underway at the World Team Qualification Tournament in Portugal. However, he is more interested in holding his form once the sport resumes, taking a note from his remark “The more you excel the better.”

The country’s No. 4 player is keen to make sure that he remains positive during these testing times so that frustration doesn’t get to him and helping his cause is city-based hypnotherapist, Vadivel Pillai.

“I used to lose matches from winning positions. I used to get overexcited and this led to me losing when I should have been winning,” recalled Amalraj.

“It was then that he met Pillai through a friend. My game was good but I wasn’t mentally strong so I was faltering against top players. Vadivel Pillai advised me on how to approach matches against different players.

Working with him brought about a change in my career and I began to beat the big names more often,” he adds.

Apart from the strict training regimen, Anthony prefers watching Bollywood movies to deviate his mind and never misses the latest flicks of his favourites Akshay Kumar and Salman Khan.

Citing safety concerns in the wake of COVID-19 pandemic, India’s leading table tennis players, including Sharath Kamal and G Sathiyan, recently had informed the national federation TTFI that they were not ready to join the proposed national camp before August. The TTFI, following the central government’s decision to open sports stadiums and complexes without spectators last month, had sought players’ availability twice for the training camp, first for the beginning of June and then for June last week. However, the players had ended up saying no to both.

“We can’t control everything happening around. We have to accept that there a lot of uncertainties around the world in global sport. But all I can do is use this time to work hard and improve on my skills. I am trying to maintain a positive frame of mind. I am doing everything that I can to stay fit and positive,” Amalraj concludes.

Also read: Expecting to be in top-10 by 2025 —Sathiyan Gnanasekaran 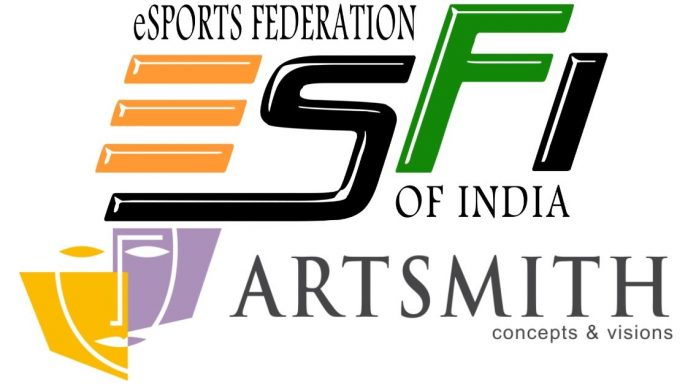 Team Bridge - Modified date: July 13, 2020
As the sporting world is adapting to a contactless environment in the post COVID-19 pandemic era, Esports Federation of India (ESFI) look to make their presence felt and to take the Esport to the next level with partnering along with country’s leading sports communication...
Read more