What are the different types of rowing events in the Olympics?

Rowing has been an integral part of the Olympics since its debut in the 1900 Paris games. But the sport was limited only to men for a long time before women were allowed to take part in the 1976 Montreal Olympics. Over a period of time various forms of rowing were added to the Olympics. The 2016 Rio Olympics saw a total of 14 rowing related events combined in both men’s and women’s category. Here, we look at all those types of rowing which are held in Olympics:

As the name suggests, single sculls is a rowing event in which a single person conns the boat with an oar in each hand. The boat is designed for just a single person to sit. It is usually the second slowest type of rowing when it comes to timings. Single scull rowers are usually considered to be the toughest both, mentally and physically by fellow rowers. It is also called as ‘King’s Class’. Single sculling is held only for men’s category in Olympics.

The quadruple scull is a boat which is designed for four people. In this event, four people simultaneously conn the boat ahead with an oar in each hand.  It is also called as quad scull in short and is held in only the men’s and women’s category in Olympics.

A coxless pair is a boat designed for two rowers in which the rowers conn the boat with a sweep oar i.e. the rowers have only one oar which is held by both the hands. As the rowers have only one oar each, they split to in order to have an oar on both stroke side (right side of rower) and bow side (left side of the rower). Coxless pair is the slowest event of rowing. It is held only in men’s and women’s category in the Olympics.

Coxless four is a boat designed for four rowers to propel the boat with sweep oars. It has two rowers on both the stroke side and the bow side of the boat. It is held only in men’s and men’s lightweight category.

Eight is a rowing boat designed for eight rowers to conn the boat together. Each of the eight rowers has a single oar. The rowers split in a group of four, with four rowers on the port side (rower’s right hand side) and four on the starboard side (rower’s lefthand side). This event is held in men’s and women’s category in the Olympics. The first ever eight in Olympics was held during the 1900 Olympics, where the United States of America walked away with the gold.

Also read: What makes rowing one of the best cardio workouts? 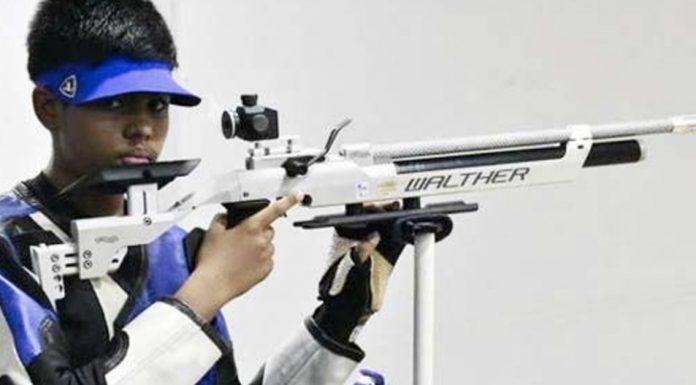