The Indian Lightweight Double Sculls duo of Arjun Lal and Arvind Singh overcame a rough start, to finish strong and qualify for the medal rounds

The Indian duo got off to a rocky start but eventually managed to maintain their composure and kick things into overdrive by finishing strongly and eventually overcoming the ough fight that Uzbekistan gave them with a time of 6:51:36. The duo is also the only Indian duo to finish in the top 12 in Rowing at the Tokyo Olympics. 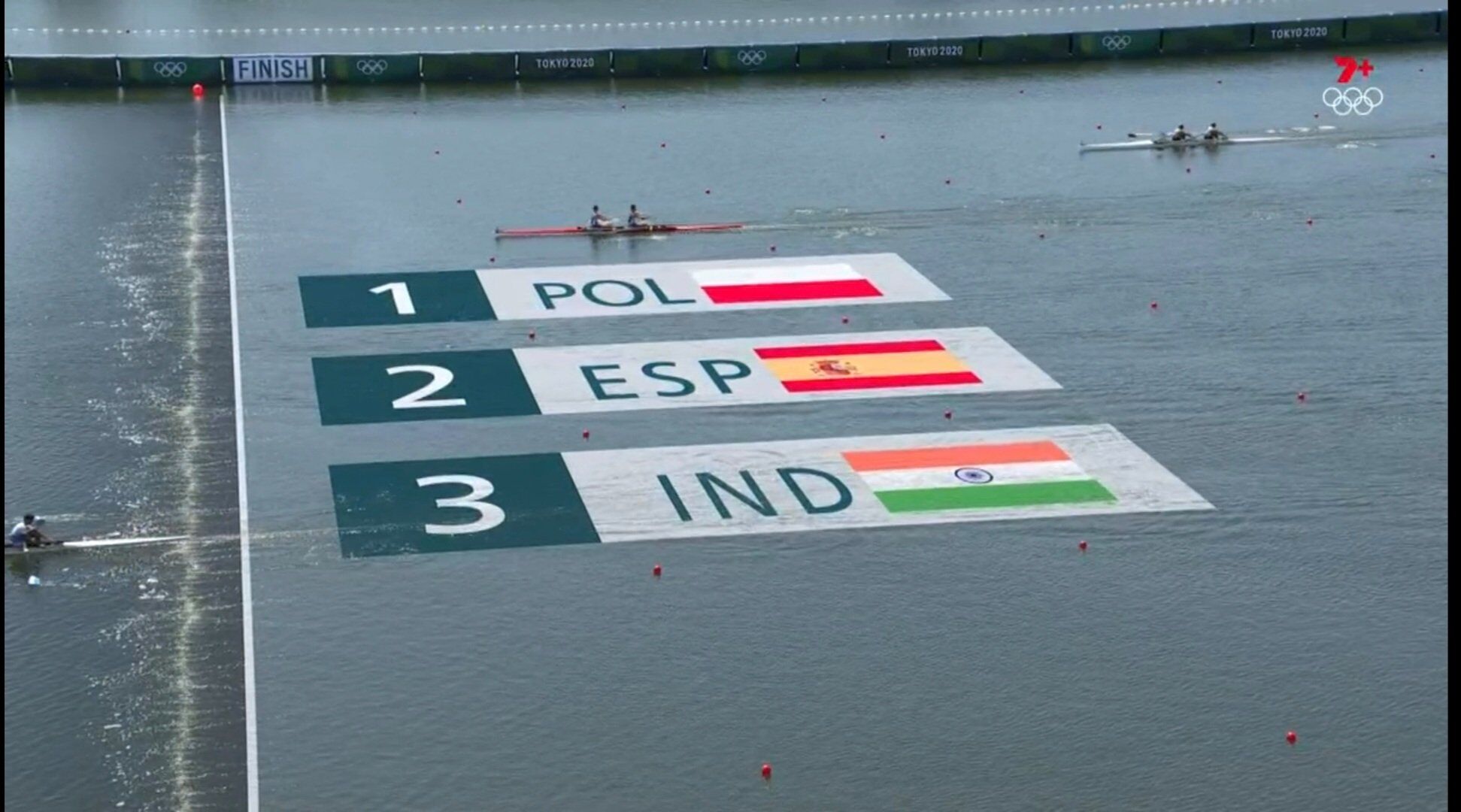 The Indian duo despite having another shot to qualify for the Semi-Finals was not expected to make it and persevered to overcome the odds and gain another chance to compete for a podium finish against the best in the world.

Poland, on the other hand, blew their competition out the water and comfortably qualified for Semi-Finals A/B with a time of 6:43:44 closely followed by the Spanish duo who set a time of 6:45:71. The Semi-Finals A/B is set to take place on the 27th, follow our live blog as we bring you live updates, schedules and scores.

India with their best ever performance in Rowing at the Olympics (Source: Twitter)