Inspiration from sports is one of the most abundantly acknowledged roots for catalyzing that much needed push to go ahead in any aspect of life. Be it a movie like Chak De India or Dangal, or a match happening at a small school ground, the vibes of inspiration that is spread across is exuberant in nature. So, here goes yet another reality-struck tale of inspiration and courage from the world of sports-from Bijapur.

Today’s Indian Express has an article which read, ‘As evening slowly slips into the dark, the mini-stadium in Bijapur is alive. The field has more dust than grass, and the running feet on it kick up a storm. The ground may not be green, but there is no shortage of colour. There are small cones, orange, red and blue, marking the playing area. And then there are the children wearing studs running around, each with a story of his own. Of poverty, of violence, and for every evening between 4 and 6.30 here, of hope.’

This is about the Bijapur Sports Academy which was set up amidst all the violent turfs in the fields of that district and state known for its active turbulence of Maoism. Stating the facts, almost every district headquarters in Chhattisgarh has a ‘mini-stadium’, used for cricket and football. In May 2017, the administration of Bijapur (this district is one among the districts worst affected by left-wing violence in the country), decided to build in one such mini-stadium which would be named as the Bijapur Sports Academy.

Also read: From wooden sticks to picking up javelin: The journey of Vikas Yadav

By January 2018, the academy has over 240 students, training in ten different kinds of sports, under head coaches accredited by the Sports Authority of India (SAI). It is to be highlighted and mentioned that 17 of them have already made it to the national level and four have won medals. At the state level, the medals’ tally of Bijapur Sports Academy trainees stands at a good score of 45.

Somaru Kashyap who is the assistant football coach said to The Indian Express, ‘Ever since I was a child, the Maoists would come to my village and tell me to join them. After my parents died of illness, I moved in with an uncle into a hostel for orphans in Bijapur. There I used to run 400 metres and 100 metres, but my teacher said I should try football. I fell in love with it.’

Just 20, Somaru is a resident of Gudra which is located deep inside Abujhmaad, a Maoist area largely out of government reach. Kashyap, a midfielder who could use both his feet, soon found a place in the Bijapur district team playing at the state level.

Home, though, remains fraught with danger. ‘When anyone leaves the village, they think the person has joined the police. I went back after Class 10, and they took me with them. But I ran away. Ten days ago, when I went back to Gudra, I had to again convince them I am not in the police, but a football coach.

I told them to come to Bijapur and see for themselves,’ Kashyap told The Indian Express. Teaching his wards how to get past the goalkeeper and hit successive strikes into corners, the 20-year-old said to the reporter of The Indian Express, ‘I now earn Rs 15,000 a month. But what gives me happiness is that I can change these children’s lives.’

Another star is the 14-year-old Ashok Thati. He was picked up by talent scouts just six months ago. Thati is from a village near Gangaloor, another sensitive area of Bijapur. He told The Indian Express, ‘The coaches who held trials thought I should try archery because we used to hunt at home. I moved to a hostel here, and have been training since. When I played at the state-level meet in Bilaspur, it was the first time I had stepped outside Bijapur. Now I want to see the rest of the country, and I can do that only if I make it to the nationals.’

A much talked about player is Santosh Kachlam, who is away competing at a national-level event in Madhya Pradesh. He has gone to play the nationals in Shivpuri and the coaches at the academy have reported that while he didn’t get a medal, he shot 295 out of 300.

Durgesh Pratap Singh who is an archery coach at the academy is from Janjgir Champa district, which has never seen any violence. However, he says, wherever he himself travelled to compete, ‘everyone said Chhattisgarh means Naxalism’. Singh said to The Indian Express,

‘Once I had undergone my SAI training, they asked me where I wanted to go. I picked Bijapur because this is where children need help the most. They are committed, and just need finetuning. I can promise that next year, not just Santosh but many others will also make Bijapur proud.’

Bijapur District Collector Ayyaz Tamboli says the motive for opening the academy goes beyond sports. He said that there was largescale dropouts from school because of lack of interest. So, this is one of the many methods to combat that.They hired accredited coaches who could zone in on the natural talent available. He also added that children in his place have a natural athletic ability, and have an advantage when it comes to sports like archery.

Amidst such dire poverty and communal violence, the academy is lit up by its confident and fearless sportsman spirit. By 2020, the academy is planning to create a full-fledged 500-seater education and sports city in Bijapur. 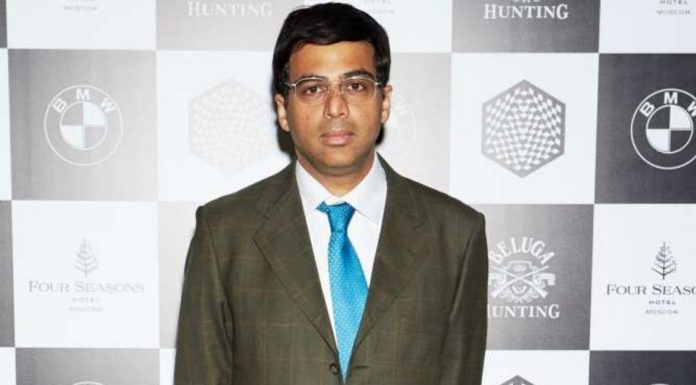 Press Trust of India - Modified date: May 30, 2020
Former world chess champion Viswanathan will be finally reaching India late on Saturday after being stuck in Germany for over three months due to the travel restrictions imposed in the wake of the COVID-19 pandemic. "Yes.. Anand will be returning today," the chess maestro's wife...
Read more