Like every other year, within days of the Indian Super League’s (ISL) conclusion, RPSG-owned ATK FC are already looking to strengthen their squad. In fact, if reports are to be believed, they have signed yet another player to bolster their midfield.

Glan Martins, the 25-year-old who impressed for Churchill Brothers in the I-League this season, has agreed a two-year deal with the reigning ISL champions.

Although Churchill endured a difficult season, Martins did manage to grab some eyeballs with his performances. The Goan midfielder shouldered the responsibilities in the middle of the park for Churchill even as most clubs turned to experienced foreigners like Kassim Aidara (Quess East Bengal), Joseba Beitia (Mohun Bagan), Alfred Jaryan (Aizawl FC), to build their play.

And, believe it or not, it was his first full season in the I-League. Previously, he had featured in the I-League in the 2014-15 and 2015-16 seasons with Sporting Clube de Goa. But he wasn’t a regular starter then. In fact, Martins is one of the footballers who have had to struggle his way up the ladder. He started off in the Goa Pro League, before attending a few trials in the USA.

However, the trials did not work out, and Martins came back to sign for Sporting Clube de Goa as a 20-year-old and that is where his journey started.

ATK, who are set to merge with Mohun Bagan and play as a single entity from next season, are in the process of building an invincible squad. They will most likely keep hold of their current core, and have already managed to add more firepower. Manvir Singh and Subhasish Bose have, reportedly, put pen to paper and now Martins joins them as the club’s third Indian signing this summer. 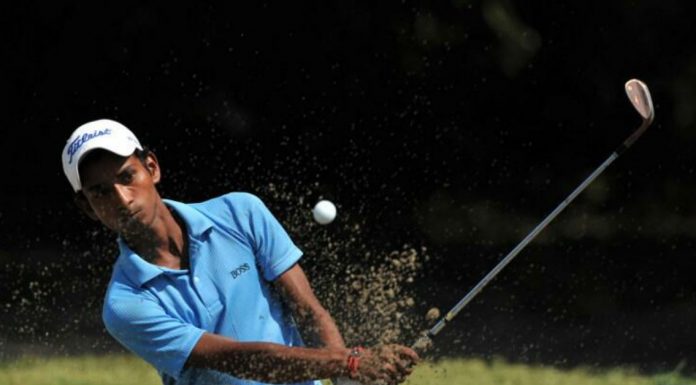 Press Trust of India - Modified date: June 4, 2020
Golfers Rashid Khan, Aditi Ashok and Diksha Dagar have been recommended for this year's Arjuna Awards by the national federation. Rashid is the highest ranked Indian man in the world, while Aditi, who featured in the 2016 Rio Olympics, is the only woman golfer from...
Read more