Bodybuilding: How much do genetics really matter?

Steroids are synonymous with professional bodybuilding competitions but many often neglect how big genetics play a part in the sport. 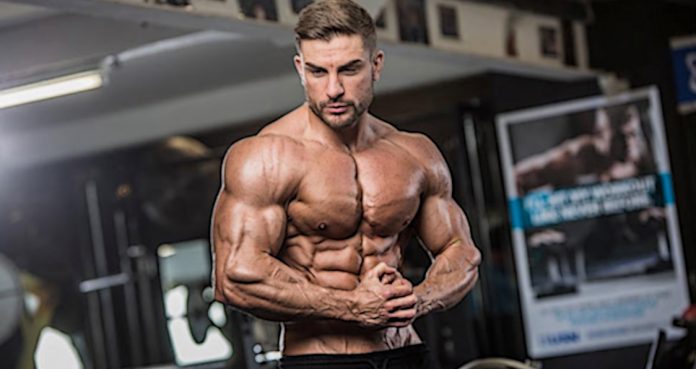 Bodybuilding is a lesser-known competitive sport when compared to cricket, football and Olympic sports. It is an individual sport which requires a lot of planning, hard work, execution and constantly informing oneself. One of the many things commonly heard is that bodybuilders take steroids. Anabolic steroids are used by professional bodybuilders for competing purposes and are generally prescribed. But one of the many neglected factors that are not taken into view by an outsider to the fitness industry is genetics.

Genetics play a huge role in the success of a bodybuilder. Aside from working hard, eating right and programming the exercises correctly, it is necessary to have the right genetics to make it into the sport. Some factors to take into account are as follows:

Muscle insertions are one of the most essential components for which a professional gets judged on stage. A full muscle ‘belly’ is much more ideal and gives a bigger image than a short muscle belly. Good insertions are a must for those who wish to compete at a professional level. A higher advantage is visible in those who have bigger forearms and calves as usually they are the points of focus when posing for a full body instead of certain body parts.

Bodybuilding is not a sport for everyone. Many born with bad genetics may not achieve success at the professional level when compared to their better counterparts. A common question is what counts as ‘bad genetics’ and how does it relate to body type?

Bad genetics are visible in those who have a hard time building muscle. Those with better genetics are likely to build muscle faster than normal, follow a good workout routine much more efficiently and have better forearm and calf insertions. Body types are an ancient misconception, but there is still some truth to the idea of it. Even though one may not be an endomorph, ectomorph or mesomorph, they might have certain genetic tendencies such as putting on fat easily or having a difficult time putting on muscle. This might occur despite being on a caloric deficit or surplus, which is why they are regarded as bad genetics.

Response to exercise and diet

Some people have bodies that don’t respond well to bodybuilding. Though they might perform well in the local and amateur divisions, they might have a difficult time when competing at professional levels. Every person has a body that responds well to a different exercise, some can run an ultramarathon and some might be able to lift over 200kg of weights. Therefore it is important to know which sport is someone better at, as they might not be suited for bodybuilding but might achieve great feats at running, swimming, cycling, mountain climbing, etc.

Though genetics may be a limiting factor, it certainly does not lead to a make or break situation. Hard work, consistent training, dieting, working on areas of weaknesses are all equally important. Though genetics does determine if one can achieve pro status in international competitions, one can train hard and leave no weak areas to win a contest.

Also read: The different aspects of bodybuilding and how it is a recognised sport

Milind Soman has recently shared that his 81-year-old mother, Usha Soman is the oldest woman to complete the Sandakphu Phalut trek. He took to...
Read more
Fitness & Wellness

India is the birthplace of yoga. In the birth city of Rishikesh, high in the mystical Himalayan mountains, yoga was first mentioned in a...
Read more
Fitness & Wellness

Top 7 Hindi songs you can listen to while running

Whether it be a warmup or achieving the ‘runners high’ that so many of us wish to attain, there are enough and more choices...
Read more
Fitness & Wellness

How do you set your goals and achieve them successfully?

Do you set goals but do not follow them consistently? Does more than half of your new year resolutions fail? Don’t know what goals...
Read more
Running

Running basics: Calculating pace and the four most common runs

When heading out for a run, it is commonly understood that a person is into aerobic exercise and loves running. But running enthusiasts are...
Read more Sayan Chatterjee - Modified date: February 23, 2021
The Indian football team will play friendlies against Oman and United Arab Emirates (UAE) in Dubai next month in the run up to the resumption of their World Cup qualifying campaign, according to a report by The Times of India. The Blue Tigers will...
Read more