Home Tennis EXCLUSIVE: "No reason to stop, want my daughter to watch me play,"...
FeaturedTennis

EXCLUSIVE: “No reason to stop, want my daughter to watch me play,” says Rohan Bopanna 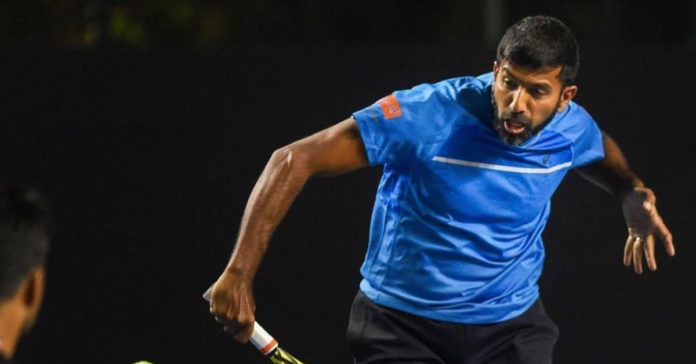 On the evidence of his two decades in international tennis, Rohan Bopanna is quite easily one of the best doubles players India has produced. He is one of the few faces the world knows of Indian tennis. Grand Slam title, ATP Challenger titles, a career-high World Ranking of 3 in doubles — the 39-year-old has achieved it all.

However, unlike most, most of Bopanna’s success in tennis came much later in his life. In fact, if anything, his career graph took a steep upward curve only after he got married in 2012, to psychologist Supriya Annaiah.

‘When I won my first Grand Slam, she was very much there‘

Until 2011, the Indian tennis ace had shown a lot of promise, especially in doubles. He had won a couple of ATP titles and even made it to his first-ever Grand Slam finals alongside Aisam Ul-Haq Qureshi at the US Open. Bopanna met Supriya around this time and the two got married a year later. Following the marriage, Bopanna started becoming more consistent on the court.

He started featuring in the Grand Slam quarterfinals and semifinals more often. “The marriage came the year after I went to the finals of the Grand Slam,” Bopanna recalls, in an exclusive interaction with The Bridge, when asked how marriage impacted his tennis.

“We have been seven years into the marriage,” he continues, “Having said that, you know, tennis was such a great passion for me… having my wife Supriya on board with me definitely helped from not being so lonely on tour. Tennis is such a lonely sport, it was great to have somebody from my family by my side.”

“In this sport, you have to travel all around the world. Supriya being a psychologist… indirectly, the little bit of counselling from her helped me in my tennis journey. I was able to realise my true potential when I reached my first Grand Slam final alongside Qureshi,” he says.

Bopanna, however, is quick to point out that marriage was not the sudden supplement that boosted his career. He concedes:

A psychologist by profession, Supriya does help her husband deal with the mental side of the sport. But dinner table talk never revolves around the technicalities in the Bopanna household.

“I talk about what I felt during the match but not how to hit a forehand or how to hit a service. Not to do any coaching for me, because that’s why we hire a coach, you know. How I felt about the match or before the match, of course, there are certain times where you have a chat. Indirectly, I’m sure that she has helped me many times. I’m very, very grateful to her for being with me, by my side through my journey. When I won my first Grand Slam, she was very much there,” says Bopanna.

‘If I retire now, how will my daughter watch me play?’

About six months back, in May, the 2017 French Open Mixed Doubles champion was blessed with a daughter. Since then, his life has taken a complete turn.

“Whatever anyone says, the first time you hold your child in your arms it’s very, very special. For me, nothing can beat that feeling. I’m enjoying the phase of being a father, being around my daughter. Of course, I miss her a lot when I’m away for tournaments, especially the last couple of weeks. So, I’m really happy that I’m back home now and being able to spend a lot of time with my daughter,” Bopanna says.

But isn’t it difficult to maintain focus? With a daughter at home, it is only normal that one would miss her when travelling for tournaments and miss her. For Bopanna, though, it’s about giving his best on the court no matter what.

“I’ve been a professional for many, many years and the experience comes into play. When I’m getting on the court, I know what the priorities are. I focus on my tennis right there and that’s how I go about it. Even my wife knows that at this point, my main focus when I’m playing is going out there and giving my best irrespective of what is happening elsewhere. Those couple of hours that I am on the court, I’m 100% focused on my game and I’m committed to doing what I do best,” he says.

“With technology improving these days, it’s easier to keep in touch with your closed ones from anywhere in the world. So that, also, definitely help.”

Asked if the thought of retirement has ever crossed his mind, Bopanna shakes his head. “I want my daughter to watch me play, you know. If I retire now, how will she be able to do that?” he questions. “I really want to play as much as possible so she can actually accompany me and be there in the stands, watching me play. I hope to play as much as I can.”

“Not only that, since I have started my academy in Bengaluru, I think I have inspired a lot of youngsters. When I go to the academy, I’m able to say that I’m still playing and I can give them a lot of feedback… I think that makes a big difference. I don’t see any reason to stop at the moment,” he signs off.

Indian tennis star Sania Mirza was forced to retire from her women's doubles first round match at the Australian Open along with...
Read more
Tokyo 2020

The day seemed to get worse and worse for Indian tennis star Rohan Bopanna. First, he got knocked out in the first...
Read more
Others

Professional female sports stars have always challenged society, setting precedents for generations to follow. In India, breaking away from the norm to...
Read more
News 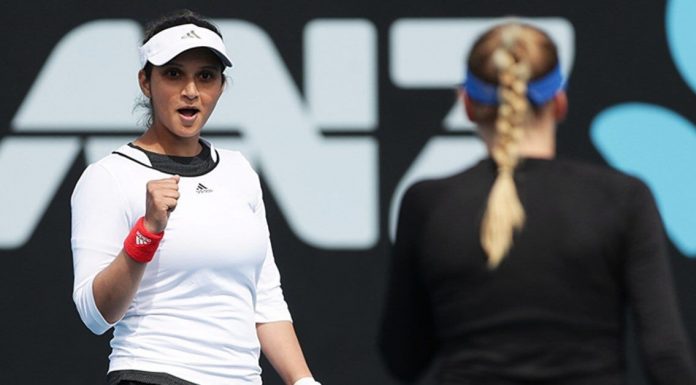 Sohinee - January 20, 2020
Flashback to a couple of months back, in the wilting cold of November, Sania Mirza was relaying her initial doubts about returning to the game she loved the most and which had embraced her back. Mirza had announced then that she would...
Read more