Powerlifting is one of the best exercise disciplines that help in building strength. Rather than looks as compared to bodybuilding, powerlifting emphasizes on lifting heavy weights for three major compound lifts, as per the IPF (International Powerlifting Federation). Since the establishment in 1972, powerlifting has grown to become a popular sport all over the world, with over 190 lifters competing as per GOODLIFT.

Powerlifters focus on three compound movements: squat, bench press and the deadlift. At any meet, powerlifters hit their maximum weight for a single successful rate. Tallying the total of these three lifts is the result in their competition which helps keep track of where one is ranked. Though they need not look as aesthetic as bodybuilders, powerlifters do follow the basic rule for every athlete – minimal fat and maximum muscle. These are the three lifts in powerlifting have rules enforced according to various federations, but here are some general rules according to the IPF rulebook:

A squat should start with the bar resting on the shoulders, gripped by the hands properly. Source: The Quest for Strength

A squat should start with the bar resting on the shoulders, gripped by the hands properly. Taking steps back to establish the start, the lifter squats after an audible command till the hips drop slightly below the knees and come back up with the knees locked out. The lifter can then safely rack the bar. Spotters can help the lifter in unracking the bar and placing it back, however, the lifter must still be in control of the bar. 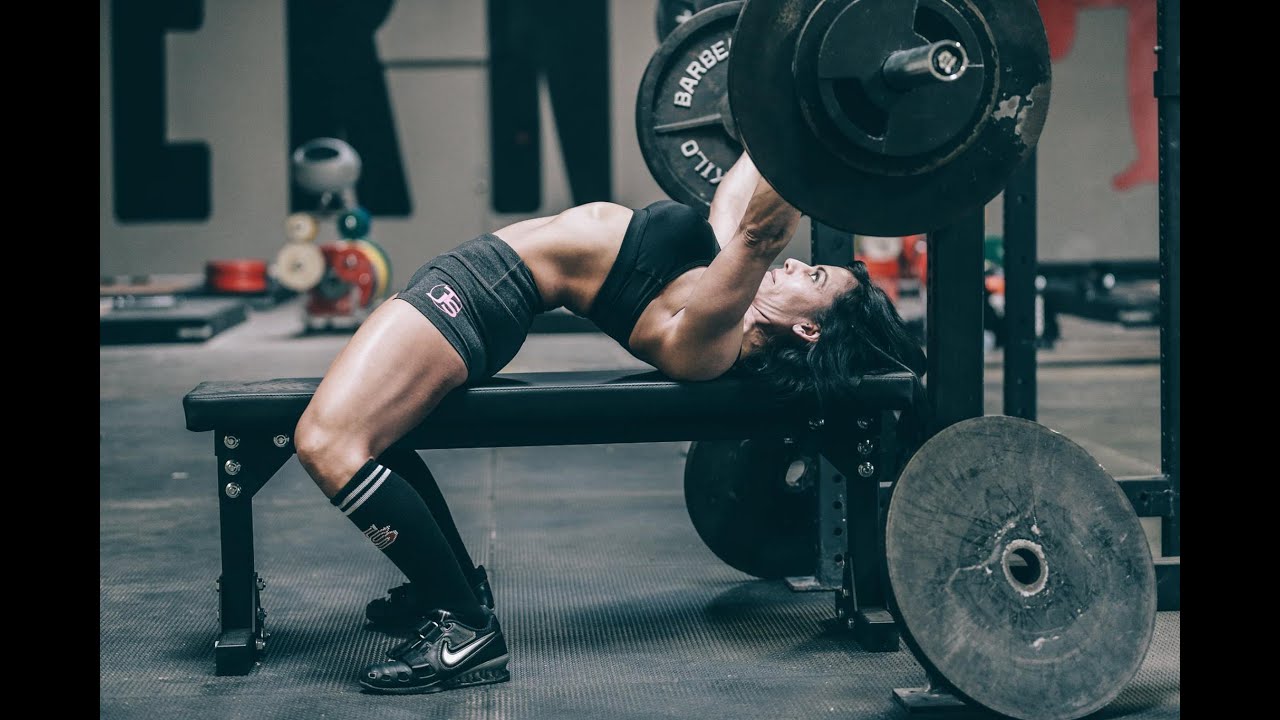 'Press' indicates that the bar must be lifted back to starting position with hands locked out. Source: BarBend

The lifter must lay on the bench with head, shoulders and buttocks in constant contact with the bench and feet planted on the ground. Hands should grip the bar at the 81cm mark on the barbell and lift the weight with hands locked out above. At the referee’s signal, the bar is lowered to the chest or abdomen and paused for a few seconds till the referee orders to 'press'. Press indicates that the bar must be lifted back to starting position with hands locked out. Once done, the referee orders to rack, placing the bar back possibly with the aid of spotters and completing the bench press.

The bar counts as an attempt soon as it rises from the ground. Any deliberate motion is counted and no downward motion must occur until the referee signals. Source: YouTube

With the bar laid horizontally on the platform with feet under, the lifter grips the bar with both hands and lifts to the point of standing completely erect. At the referee’s signal, the bar is returned back to the ground. However, the bar must be motionless and in control by the lifter before the ‘down’ signal is given.

However, there are two categories when competing in powerlifting – equipped and raw. Equipped powerlifting allows bench press shirts, specially designed suits for squats and deadlifts, or support for the joints. Raw does not permit assistance as many lifters argue that lifting with special apparel helps in lifting heavier than unassisted. Thus it is important to note the rules of a competition before participating, as it may vary.

Weightlifting however, may be confused for the same. Weightlifting includes only two lifts - the snatch and the clean and jerk. Powerlifting on the other hand, focuses only on squat, bench press and deadlift. These movements are very different, and thus weightlifting moves come under the name of 'Olympic Weightlifting'.

Powerlifting was part of the Rio 2016 Olympics. Para-athletes were allowed to compete in the bench press, which provided aspirants with a safe alternative for weightlifting. It continues to be a growing sport worldwide which is drug tested to ensure that steroid use does not occur among participants. Not only is it for competitive lifters, but it is a great way to build strength without focusing on aesthetics if that is the goal.