Back then, someone must have time-travelled to a rain-struck Bengaluru in the present day and that dampening experience led to the quote, “When it rains, it pours”. Because when it rains in this city, it pours cold water over every travel plan you have. A short trip to watch a game of basketball is not spared either.

After struggling to get a cab for an hour, thanks to the rain-assisted, water-logged traffic jams, I reached the Kanteerava Stadium in time for a pleasant surprise. India’s overall performance against Japan in this Asia Cup left a lot to be desired on Day 1, to say the least. So, I was absolutely chuffed to see India lead Korea 12-2, a just reward for my predicament over the last two days.

Maybe it was Korea’s lower-ranking (18) compared to Japan’s (10), or it was the white jersey signalling a clean slate. Either way, Jeena Scaria and Shireen Limaye were leading the charge while the opponents were struggling to find their rhythm. Everything missing yesterday – confidence, energy, desire and the courage to attempt 3-pointers came to the fore.

The home support was more in number too as if someone dropped a video last night imploring the fans to come and support their national team, a la our ‘can-do-nothing-wrong’ football captain Sunil Chhetri.

The first quarter ended 22-20 in favour of India and hopes of pulling off an upset were in the air. However, whoever said, “All good things must come to an end”, never specified how soon it is supposed to happen and that missing detail proved costly.

The Koreans got their act together and started to show their superiority, shooting buckets all over the place. They scored 14 straight points to signal a change in the wind and the second quarter ended 44-28, in favour of the higher-ranked side.

While the Indian team attempted to chalk out a comeback strategy at the half-way mark, I went in search of a restroom, little knowing an Indiana Jones-style adventure beckoned.

After scouting both the floors of my stand, I stepped out and sought directions from one of the security guards. This took me to a secluded part of the stadium and it all looked like a labyrinth. Wanting to return before the 3rd quarter begins, I kept looking impatiently and ended up getting lost.

Just when I was wishing for help, someone from the management team popped up and made me realise the restroom for spectators is on the other side of the building. Dreading another witchhunt, I explained my situation to him and he was courteous enough to let me use the private restroom.

Half-expecting my luck to translate to the team, I returned to the court. The Indian women started the quarter well, communicating well and scoring regularly. A clear improvement in the three-point shooting was evident, delighting the Stephen Curry fan in me, who by the way is the best shooter ever, period.

While the Indian women fell short in the end, losing 97-62, they went down fighting for a change and it was acknowledged by the vociferous support from the stands. The final quarter scoreline read 19-23, a glowing indication of the effort put in by the team.

Kerala-born Jeena was the top scorer for the home side with 14 points and two assists while our team outperformed Korea in the three-pointer department, shooting 28%, compared to the latter’s 23%.

While my overly-hopeful mind dreamt of a mighty comeback and a historical triumph, the realist in me just wanted to see our team show they belong in Division A. Now, I am looking forward to the game against Chinese Taipei, for the loser will have to play a relegation game next.

However, this time I know the Indian team has a better chance of winning and so are my prospects of finding a restroom, should the need arise. 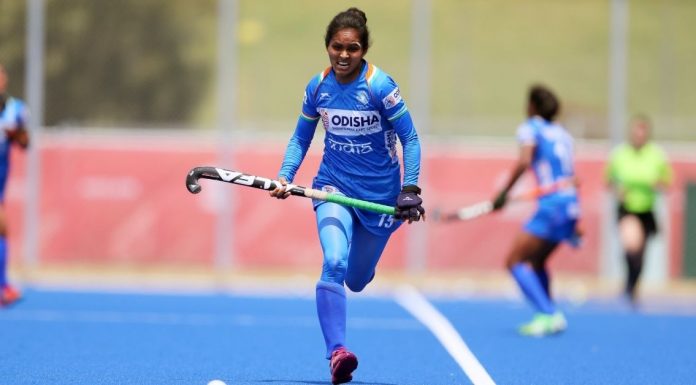