At just fourteen, Tasnim Mir could well be ascribed as the next big thing in Indian badminton. The shuttler from Mehsana in Gujarat is having a sensational run in her age group and now aspiring to take her game to the next level.

Her on-court agility and the quick deceive which she can put any time makes her one of the finest in the world in her category. Before the badminton season came to a hault because of the lockdown imposed by COVID-19, Mir became a part of history winning a bronze medal for India at the Dutch Junior International 2020 in March.

Starting her badminton career at the age of seven with father and badminton coach Irfan Ali Mir are paying dividends. In an exclusive conversation with The Bridge, Mir quips, "I initially got a pretty support system and training under my father. Having a good foundation paved the way to only better myself in the coming days." It was in 2018, that Mir made a major breakthrough in her career in domestic and international levels. After winning the U-15 singles and doubles titles at the All India Sub Junior Ranking Badminton Tournament in Hyderabad in January and at Nagpur in July 2018, she went on to win the under-15 and under-17 singles titles in October. Her doubles game grew stronger and she went on to win the gold medal in the women's double at the Badminton Asia Junior U17 & U15 Championships the same year.

After she became the cynosure of all eyes, she was called invited to the Gopichand Academy in Hyderabad. After a training stint there, she has now shifted to Guwahati and enjoying the success under Indonesian coach Edwin Iriawan.

"My move to Hyderabad was surprising and I enjoyed my time there under Gopi Sir. Since my move to Guwahati under coach Iriawan, I have developed my stamina and gameplay which has given me the international success," says Mir.

2019 marked as a humongous year for Tasnim who won the Dubai Junior International Series singles title and the mixed doubles title pairing with Ayan Rashid. She was part of the Indian contingent at the World Junior Championships last year, where she reached the Round of 32. However, her biggest win last year came when she lifted the singles trophy at the Badminton Asia U17 & U15 Junior Championships 2019. The win led Tasnim climb up an age category this year, and saw her compete with athletes much older to her. "However, there's no pressure on me as I have got age by my side," quips Mir.

In January 2020, Mir began her journey winning the PRESIDENT CUP Nepal Junior International Series 2020 in Kathmandu and later went on to win the bronze medal at the Dutch Open. "The Dutch Open would be my most memorable tournament so far where I won a medal for the first time in my life," adds Mir. 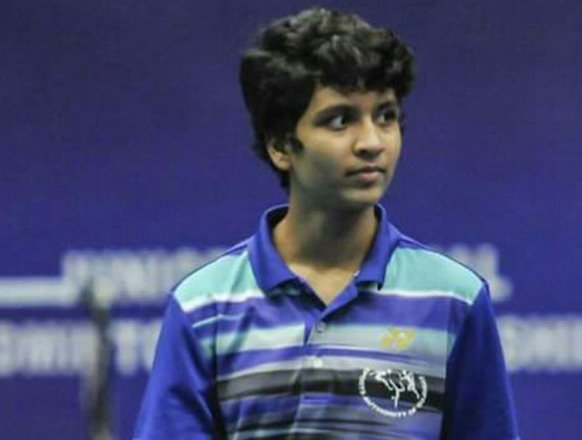 A fan of Tai Tzu-ying, teenager Mir went on to experience her fangirling women when she met her idol at the Premier Badminton League where she was in the same team with Ying, Bengaluru Raptors, which went on to be crowned the champions of the 2020 edition of the tournament.

Presently at home in Gujarat owing to lockdown, Mir is taking lessons from the online training session conducted by Badminton Association of India and has been trying to focus on her studies as well through online classes. "My school in Gujarat has been very supportive of my playing career. I can take tests any time and the teachers have given me the option to study online as well," says Mir.

For Mir, there's a long mountain to climb and once sports is back on track in the post-COVID-19 world, she aims to further make her place firm in the senior circuit.

Also read: This interview of 18-yr-old Saina Nehwal will make you feel nostalgic