Defending champion Lakshya Sen on Wednesday pulled out of the SaarLorLux Open Super 100 tournament after his father-cum-coach D K Sen tested positive for COVID-19 here. The 19-year-old Indian was aiming to recover from an early exit in Denmark Open recently before his campaign in Germany came to an abrupt end. “We had gone for the mandatory COVID-19 test on Monday. The result came last evening. I tested positive. It is unfortunate that Lakhsya had to withdraw. He had worked hard for the tournament,” D K Sen told PTI.

What a year for him! pic.twitter.com/AdQXoEIVW7

He said he is asymptomatic and is doing absolutely fine. “I don’t feel any change, I am fine. We are trying to get a second test done.” Lakshya said he is disappointed at the turn of events. “I am the defending champion of this event and I am very disappointed and sad with this development,” he wrote in his letter to the organising secretary. “Under the circumstances, I do not want to jeopardise the safety of other players and hamper the functioning of the tournament.” Lakshya, who claimed five titles in the senior circuit last year including two BWF World Tour Super 100 top honours SaarLorLux Open and Dutch Open, received a bye in the opening round. The wrote in the letter: “This is to inform you that after coming to play the Saarlorlux event in Saarbrucken with my coach D.K.Sen and Physio Abishek, we were asked to go to Frankfurt to get a COVID test done by the organisers. We participated in the Denmark Open last week and travelled from Copenhagen. As advised we then went to Frankfurt and got our COVID tests done. In the tests, myself and my Physio Abhishek are found negative, unfortunately my coach is tested positive,even though he has no symptoms. I feel that being in close contact with my coach who is tested positive, I should also isolate myself. I request you to kindly grant me permission to withdraw my entry.”

Lakshya was scheduled to play USA’s Howard Shu in the second round later in the day. Laksyha’s coach in Prakash Padukone Academy, Vimal Kumar said it was an unfortunate development. “It is sad and unfortunate that some like this has happened. I feel it could be a false negative. Hope he returns negative in the next test,” Vimal said. 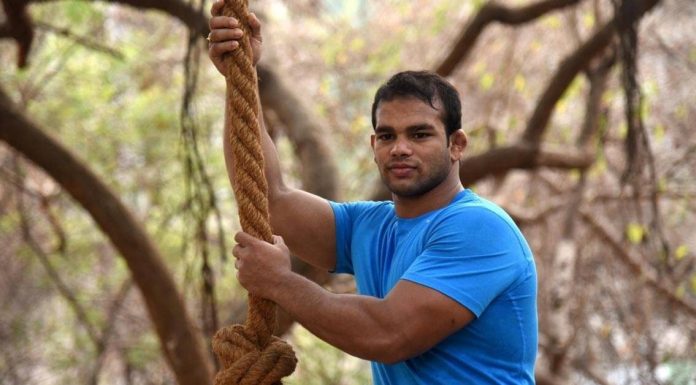