A lot of other events like two GP scheduled for 25 and 29 March in Patiala and Delhi respectively are also canceled. These events were followed by the Federation Cup National Championships on 10 April.

After the cancellation of Indian Grand Prix, the Athletic Federation of India (AFI) has quarantined  javelin throwers who returned from Turkey and South Africa.

While these athletes got accommodated by the AFI, athletes like Dutee Chand and long jumper M. Sreeshankar were asked to leave by the officials.  “We had booked a hotel and we will be staying here today. We will go back home to Palakkad on Friday as it will be safer there,” Sreeshankar told the newspaper.

A lot of other events like two GP scheduled for 25 and 29 March in Patiala and Delhi respectively are also canceled. These events were followed by the Federation Cup National Championships on 10 April.

As per the directions by the sports ministry all national sports federation should stop any trials or events till 15 April. AFI high-performance director Volker Herrmann confirmed to this daily that all the above-mentioned events are cancelled or postponed indefinitely. “There is a government directive. So we will be following that,” he said.

Despite AFI maintaining that Patiala is safe, Neeraj and Rohit were seen interacting with fellow athletes that too after the government’s direction that anyone returning from abroad was supposed to self-quarantine themselves for 14 days. “We all spoke with him in the camp and it all seemed normal,” an athlete from the Patiala camp said. However, Herrmann confirmed on Thursday there was nothing to worry about. “We have quarantined both sets of throwers here at Patiala,” he said. 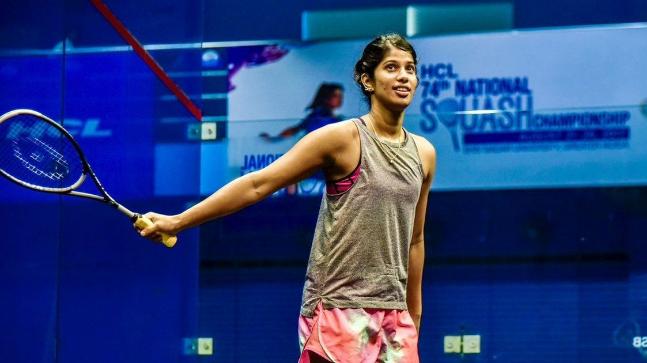 Press Trust of India - Modified date: August 3, 2020
India's top woman squash player Joshna Chinappa on Monday resumed training at the ISA courts here after facilities reopened after being closed for almost five months due to the COVID-19 pandemic. Training at the Indian Squash Academy (ISA) resumed for its elite athletes with...
Read more