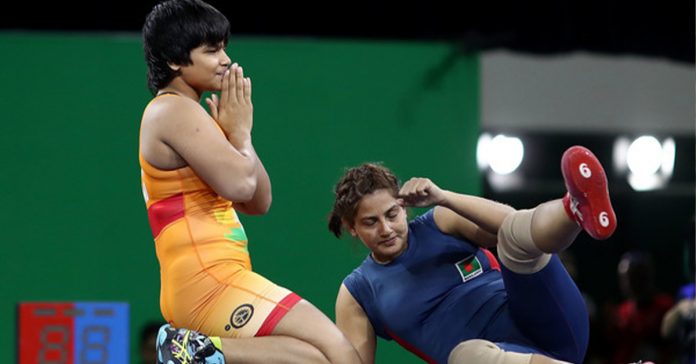 The Asian Olympic Wrestling Qualifiers have been deferred indefinitely. There is no confirmation on the next date and venue.

The Kyrgyzstan government has issued a directive to stop and defer all sports events in the country till next order in wake of the Coronavirus (COVID 19) spread. This has led to the postponement of the Asian Olympic Qualifiers, scheduled for next month.

The Asian licensed wrestling tournament in Bishkek has been cancelled, the Press Service of the State Agency for Youth, Physical Education and Sports of the Kyrgyz Republic has stated in a communique.

The decision was made at an operational meeting of the department. “This decision is due to the aggravation of the situation with the spread of Coronavirus in the world,” a Russian publication has quoted the text from the communique.

The event, according to the Iranian Wrestling Federation, will now take place in April. But uncertainty looms large as no official confirmation has been given regarding fresh dates or venues. The threat also becomes bigger as a number of Asian nations are facing travel restrictions to prevent the spread of Coronavirus.

The competition originally scheduled to be held in Xi’an, China, was moved to Bishekek as the epicentre of Coronavirus is unofficially quarantined.

Indian had named a 14-member squad for the Qualifiers scheduled from March 27 to 29 in Bishkek, Kyrgyzstan. The qualifiers were to take place in all the six Olympic weight categories each for freestyle, Greco-Roman and women’s wrestling.

The Wrestling Federation of India had named a 14-member squad for the Qualifiers as four Indian grapplers – Bajrang Punia, Ravi Dahiya, Deepak Punia, and Vinesh Phogat – have already booked a berth for the Tokyo 2020 Games.

New Delhi Asian Championships gold medallists Sunil Kumar (Greco-Roman) and Divya Kakran, Sonam Malik and Jitender Kumar are the other strong Indian contenders, gunning for the tickets to Tokyo from the qualifiers.