Even as all medal hopes lie on wrestlers Vinesh Phogat and Bajrang Punia in the upcoming Tokyo 2020 Olympics, another grappler from India has been making silent waves in the circuit in the recent past. Ravi Kumar Dahiya, competing in the 57 kg weight division, won his first Asian Championship title when he defeated Hikmatullo Vohidov of Tajikistan by technical superiority 10-0 in the summit clash in New Delhi, even as Punia and Phogat failed to return with the yellow metal.

Dahiya had a stellar run in the Asian Championships en route his gold, beating 2017 world champion Yuki Takahashi of Japan 14-5 before he got the better of Mongolia’s Tugs Batjargal 6-3. In the semis, the Indian defeated Nurislam Sanayev 7-2 to emerge as a dark horse in the Olympics.

The bronze medal winner at the World Championship last year, Dahiya had defeated Takahashi in the quarter-finals in the event as well at Nur Sultan. He also got the better of European champion Arsen Harutyinyan in the round of 16, and his composure against the big names has been commendable. He had given Russian world champion Zaur Uguev a tough fight at the World Championships but was unable to close the bout, going down 4-6 in a close game.

Dahiya has had a string of stellar showings against the top stars with wins over the Under-23 World Champion and Sandeep Tomar, the Indian who was almost unbeatable in the weight category before Dahiya’s rise. He also registered a stellar win over 61 kg European champion Arsen Harutyunyan despite trailing 0-6, but came back strongly to record 17 points in a row.

The Indian’s ability to remain unfazed against former champions will hold him in good stead in Tokyo. The way he tackled and controlled his bout against Takahashi was impressive in the World Championships, and his steely resistance is a trait that Phogat and Punia can gain inspiration from.

The two wrestlers have already sealed their Olympic berth, but their inability to close out games in nervy moments has not gone unnoticed. Phogat won a bronze medal at the Asian Championships after a third successive defeat against Mayu Mukaida of Japan. Punia too succumbed in the summit clash to lose to Japan’s Takuto Otoguro, who had defeated him in the World Championship finals last year, to settle for a silver. Though they have been India’s premier wrestlers in the recent past, their inability to return with a gold in the last few events highlights how competitive their respective weight categories are.

Dahiya, on the other hand, has been able to give his competitors a run for their money consistently in world events, and, thus, emerges as the dark horse. 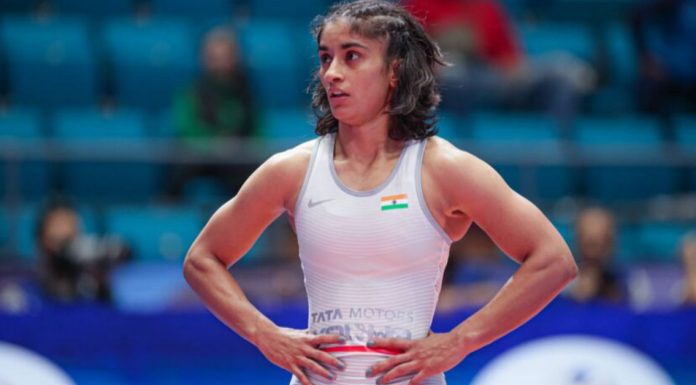