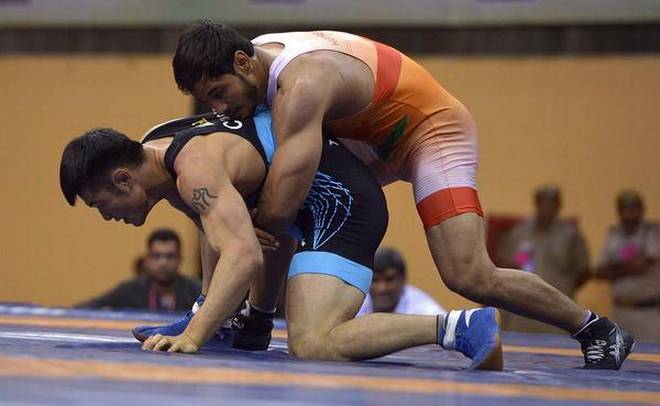 In a horror show earlier today, the Indian Greco Roman wrestlers failed to register a single win on the opening day of the World Wrestling Championships in Nur Sultan, Kazakhstan. With as many as four Indians in the fray, not one grappler could succeed in bringing home a single round.

Competing in non-Olympic categories, Asian Championship silver medallist Harpeet Singh (82kg), Sagar (63kg), and Manjeet (55kg) could not even score a single point in their respective bouts. Unfortunately, none of the above grapplers got a chance for repechage as either of their respective opponents failed to make it to the finals.

Only Yogesh (72kg) resisted his American rival Raymond Anthony Bunker III before suffering a marginal 5-6 defeat. During the pre-quarterfinal match, Yogesh, who had finished fourth at the Asian Championship, lost a point due to passivity and two more to trail 0-3. Towards the end of the first period, the American pushed Yogesh out to make it a healthy 4-0 in his favour.

Yogesh however displayed nerves of steel to add four more back-to-back gut-wrenches to lead 5-4. Despite the lead, the Indian faltered in the end losing on counter-attack by Bunker, who made it 5-5 before settling the bout by pushing Yogesh out.

In the 63kg, Sagar could stay on the mat only for about two minutes, losing his Qualification round by Technical Superiority to local wrestler Almat Kebispayev. In 82kg, Harpreet Singh, who was shouldering most of the hopes was outplayed by Petr Novak from Czech Republic. Time was not on Harpreet’s side as he could not do much and conceded two more points to lose the bout by a comprehensive 0-5 margin.

In the day’s toughest draw, Manjeet was pitted against reigning world champion Eldaniz Azizli from Azerbaijan in the pre-quarterfinals. Manjeet gave his all but that was not enough as he lost by Technical Superiority.