When asked which Indian athletes he thinks can do well in the World Athletics Championships, Neeraj replied:

The Men’s Long Jump Qualification event took place on Friday, with Sreeshankar Murali finishing on the 22nd spot. Only the top twelve athletes qualified for the final, with his 7.62m mark way behind his personal-best of 8.2m which he set at the National Open Athletics meet in Bhubaneswar.

ALSO READ: 2019 World Athletics Championships: All you need to know, qualification, events, when and where to watch

Jinson Johnson will be in action on Thursday in his Men’s 1500m heats event. Jinson qualified for the World Championships after bagging silver in the ISTAF Berlin. The 28-year-old clocked 3:35.24, with the qualification mark set at 3:36.00.

Giving an update on his injury, Neeraj said that he has begun his training in full force. The junior World record holder will take part in competitions next year after undergoing surgery on his elbow on May earlier this year.

“My injury is far better than before. I have started my training in full force. I will take part in the competitions next year. This year, almost all the competitions are over. Rehabilitation has gone wonderfully. I maintained my overall fitness regime. As a result, I didn’t have to work hard to bring my complete fitness back. I only had to work on my elbow.”

In the absence of Neeraj, Shivpal Singh will take charge of India’s javelin throw prospects. The 24-year-old has a season-best of 86.23m, which he achieved at the 2019 Asian Championships in Doha.

Kenya is under a partial lockdown to prevent the spread of the virus. The country has reported 172 cases of COVID-19 with six people dying due to the disease.
Read more
News

It's a difficult time for all of us who are waiting to go back their regular life amid the lockdown. But it's more distressing...
Read more
Coronavirus

Mumbai’s Pushpa Bhatt has run more miles in her golden years than most people do in a lifetime. At 64, that count is still...
Read more
News

IOA President Narinder Batra is optimistic that despite a spike in the COVID-19 cases in the country, the much-delayed 36th National Games will be...
Read more
129,130FansLike
11,518FollowersFollow
6,991FollowersFollow 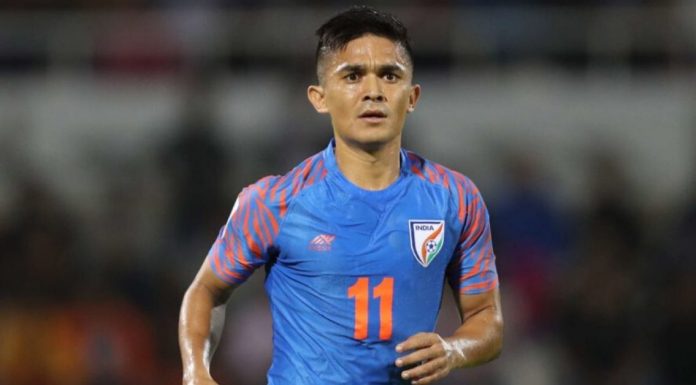 The Bridge Desk - Modified date: April 3, 2020
It suffices to say that the dreaded outbreak of COVID-19 across the world has led to confusion, forced the economy nearly ground to a halt, and strained the healthcare sector. People residing in the northeastern part of the country are no exception to this...
Read more