It was a pleasant Saturday afternoon in Bangalore, one could say. There was a light breeze, a little chilly and yet, not discomforting.

Now where was I lurking around in such a beautiful day? The tiny pocket of my human owner. They say these jeans pockets are big but only we new-age mobile phones understand what kind of suffocation it might cost. Hell, I have had sudden bouts of claustrophobia often — that’s the reason why my battery dies so fast!

Anyway, I’m drifting away from the subject.

As I was saying, it was a nice afternoon, I was in my owner’s (who is crazy btw) tight jeans pocket. And suddenly, I felt it coming. My belly started vibrating, my ears turned red and it came.

Wow, that was a sudden one. Oh, wait!

What the hell! Now my owner had been attracted. Damn. There was the hand coming for me, and okay… it was time to light up (or as humans, our inventors, call wake up)!

My human (as I like to call him) picked me up and opened the notifications bar.

To my surprise, the several pings were not text or Whatsapp or Facebook or even Instagram messages! They were all notifications from the Blue Bird app (Twitter, stupid — again, as I like to call it).

To further add to my initial shock, I saw my human’s face changing from ignorant to slightly perturbed to completely amused — all in less than a minute. To understand what was going on (only because I was worried about my human, I don’t usually go sneaking around disregarding his privacy; no sir, I don’t), I took a small peek into what the Blue Bird had to say.

“I thank @narendramodi sir for his initiative to honour and empower women this Diwali. Acknowledgement motivates us to work harder and make India proud. #bharatkilaxmi.” — the first one read.

“I thank @narendramodi sir for his initiative to honour and empower women this Diwali. Acknowledgement motivates us to work harder and make India proud. #bharatkilaxmi.” — the second one read.

“I thank @narendramodi sir for his initiative to honour and empower women this Diwali. Acknowledgement motivates us to work harder and make India proud. #bharatkilaxmi.” — the third one read.

And I don’t know if anyone would trust a new-age mobile phone (after all, we are capable of mass destruction) but every single notification read the same! Every tweet was identical barring the name of the person who tweeted.

In all the tweets, this one human (who appears to be very important) was thanked for taking certain initiatives for women empowerment. Okay, I understand thanking someone for such great work, but why were all the messages identical?

I could not understand. Was it some kind of joke? Was it yet another trend? Was it a meme? Who knows. Only ‘humans’ can answer.

(Disclaimer: This is written as a satirical article, and should not be taken literally. It is a work of fiction written for the purpose of humour only.)

Share
Facebook
Twitter
WhatsApp
Email
Linkedin
Previous articleISL 2019 Week 1 Round-up: A pulsating start to season 6, NorthEast on top
Next articleFrench Open 2019 EXCLUSIVE: “If we can keep our calm, we can beat the World No. 1s in the final,” says Chirag Shetty

Postpone of German Open super BWF 300 tournament due to the threat of coronavirus has affected the chances of Saina Nehwal and Kidambi Srikanth to qualify for the Olympics.
Read more
News

The event was originally slated to take place from 22 March 22 to 29 March, but following the outbreak it remains to be seen if the location remains unchanged. However, the world body, has set  21 June to 28 June as tentative dates for the event.
Read more
129,480FansLike
11,142FollowersFollow
6,713FollowersFollow 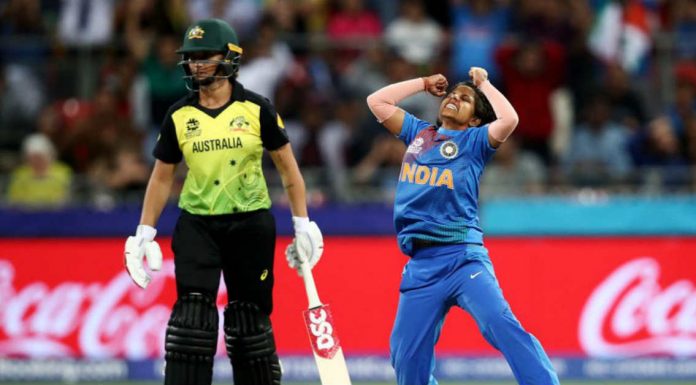