13 best hairstyles that caught our eye from the Tokyo Olympics

Stealing the show with their flowing manes decked up in vibrant colours, athletes turned up the style quotient at the Tokyo Olympics with their hairstyles.

Quirky hairstyles at the Tokyo Olympics

The Olympic Games which boast of 2 weeks of utter athletic entertainment becomes the hotpot of melting cultures with players from around 206 countries flocking to the host city to give it their all for the coveted prizes. Aside from causing ripples with their talented display on the field, some athletes turned heads with their statement hairstyles that made quite the impression at the Tokyo Olympics.

Grabbing a lot of eyeballs with their striking hairdo's, often themed on the Olympics itself, athletes turned up the heat as well as the style quotient at the quadrennial Games. From a full-on rainbow party to stylized haircuts to sporting bold and vibrant hues, the hair became the show-stopper of discussions at the Tokyo Olympics!

Whether a lock for the podium or a fringe competitor, #Olympians in all disciplines came to Tokyo coiffed to contend.

Let's get down to the mane (sic!) business now:

For the Tokyo Olympics, the 23-year-old made heads turn as she appeared in her red and white box braids and also had a red and white scrunchie to hold up her hair in a ponytail. Making quite the statement with this look, Osaka stole the limelight whenever she took centre stage at the Olympics, and her red-and-white braids were responsible for it. 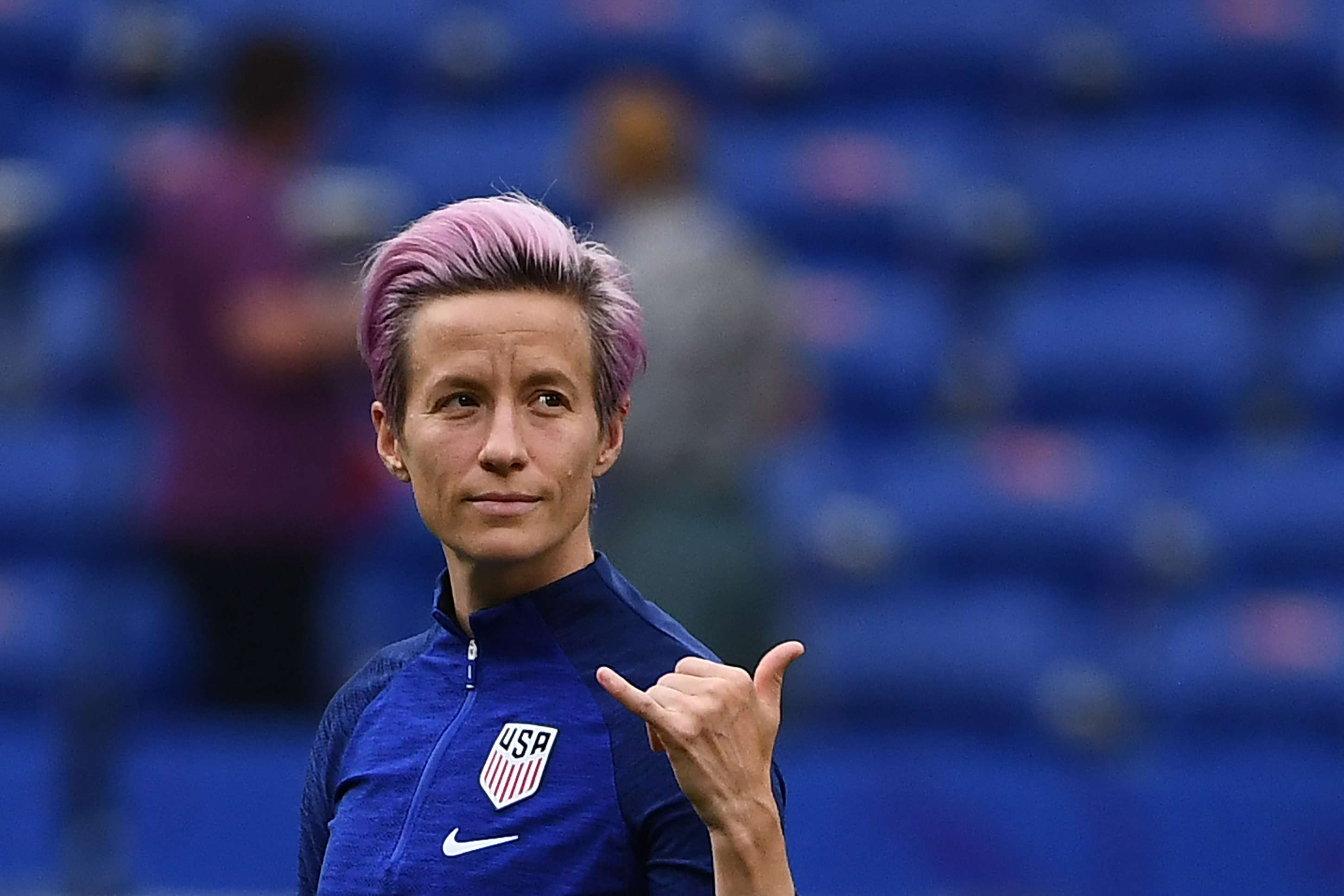 US Women's Football team's star player, Megan Rapinoe is a global icon and for the Tokyo Olympics, the 36-year-old chose to shine bright on the field with a combination of hot pink and purple hues on her hair. At the World Cup as well, Rapinoe sported this look and at the Games as well, the football star decided to go with the 'Rapinkoe' - the shade she and her hair colourist has christened this hot blend of colours.

Rapinoe has always mentioned that looking and feeling good is primary for her to play well and therefore, she doesn't shy away from being beautiful while she goes about doing her job on the field. "I always say, 'Look good. Feel good. Play good.' In that order. You have to have that for yourself," Megan Rapinoe told US Weekly's Stylish on her hair colour choices.

Team Japan really had their style game on point and Stephanie Mawuli's look is hands-down one of the best that the Tokyo Olympics saw. The 22-year-old basketball star turned up in a braided ponytail which were in the colours of the Olympic rings and to add that extra oomph, the Olympic colours gradually fade and become a really stunning silver.

These Olympians are adding a pop of color to the Games with one-of-a-kind style.

Canadian middle-distance runner Gabriela DeBues-Stafford won the hearts of the LGBTQ community with her rainbow choice of hair colours to proudly demonstrate her queer identity. Making quite the ripple on the tracks as well in the 1500 m race, DeBues-Stafford's vibrant hair stood out at the Tokyo Olympics.

"Hair is such a wonderful method of self-expression," the Olympian wrote on Instagram, "and having the freedom to explore different styles and bright colours, I feel like my fully authentic self."

Jamaica's Shelly-Ann Fraser-Pryce has always had explosive choices with her hair colours to the point that the gold and silver medallist from the Tokyo Olympics runs a hair business in her home city. For the Tokyo Olympics, Shelly-Ann was a vision to witness as she sported an orange and yellow ombre hair that really stood out on the tracks and made quite a statement.

Participating in the 400m Women's Hurdle event, Jamaica's Leah Nugent was another spectacle on the tracks of the Tokyo Olympics as she appeared with green locs shaped in a lewk and wore matching green lipstick to go with it.

The Kenyans were a sight to behold right from the Opening Ceremony itself - bringing the Maasai look with them. The Kenyan Volleyball Team decided to channel that same spirit and looked all vibrant at the Tokyo Olympics. While the men dyed their hair in the traditional red ochre associated with the Maasai tribe, the women chose to braid their hair in the colours of the Kenyan national flag. Dutch windsurfer Kiran Badloe's stylized haircut became a talking point during the Tokyo Olympics. Sporting an ultra-cool look, Badloe customized his hairdo after getting inspired by an anime character. Paying his tribute to Aang from American animated TV series "Avatar: The Last Airbender", Badloe's look was quite catchy and had a blue arrow pointing forward on his shaved head.

"I hope the spirit of this great warrior gives me the power to sail well this week and use the wind in my [favour]. One day I dream of becoming a master of the wind myself, a true air bender," Badloe said in his Instagram post. South African sprinter Shaun Maswanganyi was all about his locks at the Tokyo Olympics and decked them up in style. It was quite difficult to keep the eyes off Romane Dicko of France with her hair braided in the colours of the French national flag in the Women's +78kg Judo matches at the Tokyo Olympics. The silver medallist at the Tokyo Olympics, America's Raven Saunders is an iconic figure and has an inspiring story. Resonating with the Hulk from the Marvel comics, Saunders finds him to be her alter-ego and wore a face-mask inspired by the character. Other than that, Saunders got people talking about her striking hairdo as well.

At the podium when Saunders got her silver, she lifted up her arms in a cross mark as a sign. Being black, gay and having struggled with depression, the cross was supposed to represent "the intersection of where all people who are oppressed meet." Turning up the Tokyo heat, Amya Clarke, of Saint Kitts and Nevis appeared in locks dyed in a hot pink shade as she took part in the 100m sprint.

Finally, Hungary's Table Tennis star Mária Fazekas turned heads with her super cool look customized for the Tokyo Olympics. Fazekas had the Olympic rings dyed in black over her blonde hair and stole the show at the Tokyo Metropolitan Gymnasium.