Throwback: When a government holiday was declared countrywide to celebrate Milka Singh 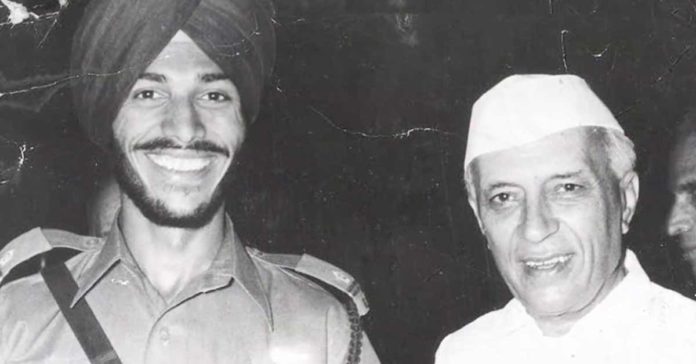 Milkha Singh, whose sporting achievements brought a sense of cheer to a nation torn apart by the aftermaths of the partition, was celebrated throughout India after he won gold in the Commonwealth Games held in 1958. The Sikh could not control his emotions after he was conferred with the top honours by the Queen after the race, and to make the moment even more special, the then-Prime Minister of India Jawaharlal Nehru announced a nation-wide government holiday in India to celebrate the ‘Flying Sikh’.

“Suddenly, a lady sitting next to the Queen came up and said ‘Milkha Singh, you made India proud and Panditji (Prime Minister Jawaharlal Nehru) wants to know, what do you want’. The lady introduced herself as Panditji’s sister Vijaylaxmi Pandit (who was then the Indian High Commissioner to the United Kingdom),” he added. “I replied to her saying if Panditji wants to give me something, then he should announce one-day government holiday in India.”

Living true to his promise, Nehruji declared a holiday, as the news of Milkha Singh’s skills travelled far and wide.

The legacy of the Flying Sikh

Devastated after the massacres of 1947 took away the lives of his parents, Milkha Singh enrolled in the Indian army thrice only to be rejected on all occasions. He eventually joined the electrical mechanical branch of the army in 1952, from where his stint with running started.

Determined to be the best after realizing his talent, the refugee from Muzaffargarh took to training five hours every day. Over the next few years, he created and broke a number of records, giving his country moments to cherish for a lifetime.

His biggest race, however, at the Rome Olympics in 1960, turned out to be heartbreaking. Touted as a potential gold medalist, Milkha Singh, running perilously fast on lane five till then, slowed down just a wee bit after the 250 metres-mark, which is what cost him a spot in the top three.

Calling it the “worst” memory after the death of his parents, to date, Milkha Singh is unable to get over the pain of missing out on a rare individual gold medal at the Olympics. “After the death of my parents, that is my worst memory,” he says. “I kept crying for days.”

Following the event, the athlete gave up sports for over two years, and returned to win two medals in the Asia Games in 1962. However, his golden era was long over.

With a number of medals, Milkha Singh saw the height of glory consistently from 1958 to 1960. He set records in the 200 metres and 400 metres in the Cuttack National Games, and was awarded as the best athlete in 1959 at the Helms trophy. He was christened as the ‘Flying Sikh’ by Pakistan president in 1962, a title that has stuck since.