India’s No.1 Prajnesh Gunneswaran made it to the main draw of the BNP Paribas Open, an ATP 1000 Masters event which is underway at Indian Wells, California. Close on the heels of yesterday’s thumping win against Jason Jung, Prajnesh scored another emphatic win over Salvatore Caruso, the Italian world number 168.

With his big serve on song, Gunner had a great start breaking Caruso twice in succession to run quickly off the blocks for a 4-0 lead. With a strong first serve percentage (79%) and winning 90% of those first serves, Prajnesh did not give his opponent any chances to stop him while authoritatively wrapping up the first set in a mere 25 minutes.

The first few minutes of the second set started to replicate the opening set with Prajnesh winning the first two points of Caruso’s service game. However, the Italian regrouped to win the game and continued to be a totally different player compared to the first. With Prajnesh’s first serve percentage going down to 62%, Caruso managed to break him in the 7th game and win the second set 6-3 to force the match into the decider.

With the advantage of serving first, Prajnesh comfortably held his serve at 30 and immediately broke Caruso at 15 to set the tone for the third set. Having his sights firmly set on qualifying for the main draw of a prestegious event that is ranked next only to the 4 slams, Gunner held easily with another strong service game. He continued to push Caruso on the defensive by getting to 40 on his opponent’s serve. The Italian tried hard to save 2 of the 3 break points, but had to give in for the relentless aggression shown by the Indian who dashed off to a 4-0 lead. Even though he relinquished one of the breaks to Caruso, Prajnesh continued with his strong show to break the Italian back in the 8th game and gate crashed into the main draw with a thumping 6-2 3-6 6-2 win in 1 hour and 41 minutes. 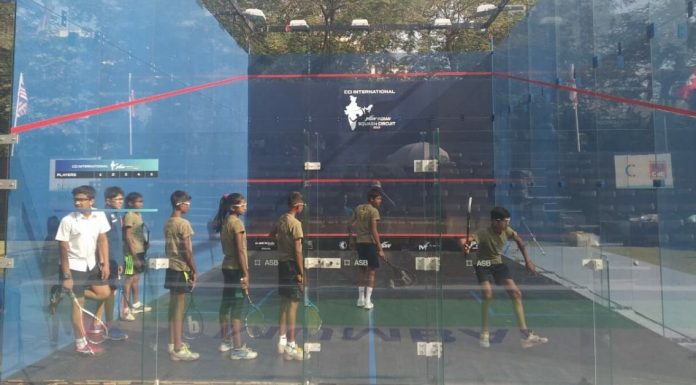