Prajnesh Gunneswaran all set for a French Open debut 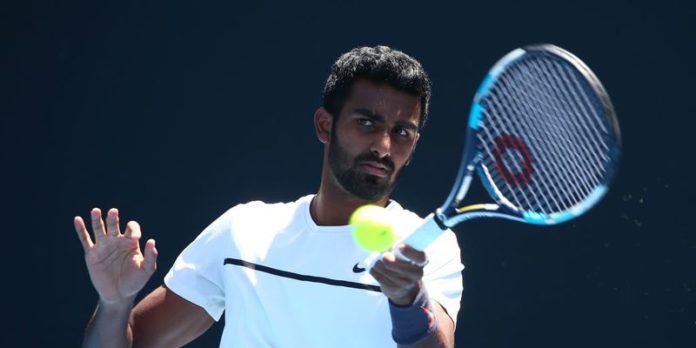 India’s no.1 men’s tennis player, Prajnesh Gunneswaran is all set to make his debut at the main draw of the French Open when he will face Hugo Dellien.

The 29-year-old will face world no.92 from Bolivia in the opening round on Sunday.

Even though his opponent is ranked seven places below him, he is likely to pose a big challenge as all of Dellien’s titles have come on clay. Should the world no.85 India go through to the next round, he could face the Greek sensation and the sixth-seeded, Stefanos Tsitsipas who is likely to beat world no.110, Maximilian Marterer in his first round match.

In the men’s doubles fray, four Indian players will be part of the 2019 Roland Garros main draw with four different partners.

The winners of the men’s doubles event at the 2019 Tata Open Maharashtra, Rohan Bopanna and Divij Sharan will not be playing together. After their victory in Pune, the duo mentioned that they complimented each other well and seemed satisfied with their partnership. However, a string of poor performances forced them to split. As a result, world no.40, Bopanna will team up with Romania’s Marius Copil, while Sharan will pair up with Marcelo Demoliner of Brazil.

Indian veteran, Leander Paes will be making a comeback to the French Open dirt after a hiatus of two years. He will be stepping out with the charismatic Frenchman, Benoit Paire. The pair has performed well in the recent past by making it to two semifinals.

Jeevan Nedunchezhiyan, who usually teams up with compatriot Purav Raja, has decided to sign on with Mischa Zverev. The 30-year-old is yet to clinch is first win in the main draw.

Two more Indians had a chance to make it to the main draw in the singles category, but failed to do so after crashing out in the very first round of qualifications.

Ramkumar Ramanathan was the first to pack his bags after losing 4-6,4-6 to Australia’s Jason Kubler. The 24-year-old’s poor win percentage on both serves and on receiving points cost him the match. The Indian could only manage to clinch 59% and 43% of his first and second serves respectively as opposed to Kubler’s 69% and 61% respectively. Moreover, Ramanathan could only win 36% of his receiving points, while the Australian managed 47%.

In the women’s singles event, India’s top ranked player, Ankita Raina bowed out 4-6,4-6 against Cori Gauff of USA. A total of 36 unforced errors by the 26-year-old hurt her the most. Her opponent, on the other hand, was more disciplined as he she only made 19 unforced errors. Moreover, poor conversion rate of break points and allowing a higher number of passing winners added to Raina’s misery.