Leander Paes signs off silently from his own turf, he leaves behind an ever-lasting legacy that will forever be revoked as sports enthusiasts look for idols. 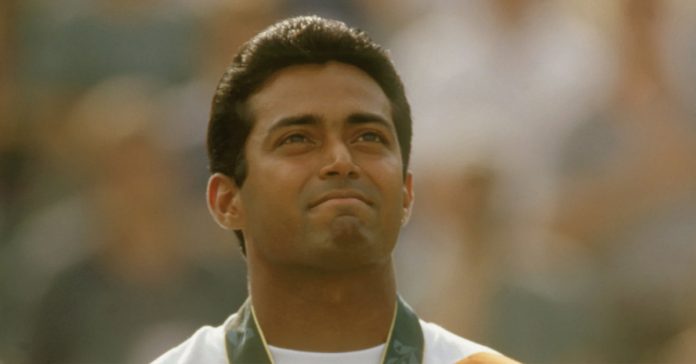 The spitting image of a roaring Leander Paes shouting vociferously as he sends a winner over the side with a thousand more cheering in unison is all too clear. As he looks towards the Tiranga, then at the ball and at the opponents, it is evident that he derives his inspiration from the nation and its people for whom he has turned out for more than three long decades.

The stalwart who has played and played even till the ripe age of 46 is preparing for ‘One Last Roar’. As he looks to travel the world the last time in 2020 to appreciate and applaud the fans and players who kept motivating him throughout a journey that encouraged many, the treatment and the farewell meted out to Paes from his own has been a tad disappointing.

The Maharashtra Open last week and the Bangalore Open, where he played the finals tonight, were his last tournaments ever in India. Let that sink in. Even as it does, think of the lack of hype that surrounded the occasion. No celebratory posters and social media overdrive by the organizers urging the fans to come forward and bid farewell to a hero. No campaigns where they picked out his youngest and his most die-hard fans, and no over-the-top hysteria as a legend bids goodbye.

True, the kind of reception that Paes should have garnered is usually reserved for the cricketing icons in our country. Remember the build-up to Sachin Tendulkar’s last playing days, where the shouts of “Sachin, Sachin” never seemed to cease? Remember the hollowness that followed after MS Dhoni possibly played his last international game last year, which sent India into a state of heartbreak? While expecting such a mass involvement is asking for a bit much, the occasion demanded a rousing treatment for the unheralded torchbearer of Indian tennis.

Before the event in Pune, Paes, in a video, got visibly emotional when asked about his last playing days in front of his home supporters. Guide your memory back to the 1996 Olympic Games, where an even more emotional Paes, with the national flag around his shoulders and a bronze medal around his neck, had sent India into a tizzy with what was, and still is, a historical singles medal. Trace his participation in seven Olympic Games where he upped his ante in every game, and remember the passionate determination as he eyed a win in every Davis Cup encounter.

As he signs off rather silently from his own turf, he leaves behind an ever-lasting legacy that will forever be revoked as sports enthusiasts look for idols to emulate in the future.

Adios Paes, the tennis fanatics in India, and maybe all over the world, will forever be indebted. Sayan Chatterjee - Modified date: November 19, 2020
The Goa Pradesh Congress Committee (GPCC) threatened to disrupt the Indian Super League (ISL) on Wednesday as they stopped the Mumbai City FC team bus on their way to the Nagoa Panchayat ground for practice in a sign of protest against the usage of...
Read more