Home News If Hobart win inspires a mother to follow her dream, I will...
NewsTennisWhat's Latest

Sania Mirza has made an iconic return to the tour after 2 years and after becoming a mother by winning the Hobart title alongside Nadiia Kichenok of Ukraine. Former world no. 1 in doubles, Sania Mirza has made an iconic return to the tour after 2 years and after becoming a mother by winning the Hobart title alongside Nadiia Kichenok of Ukraine with a score of 6-4 6-4 in the final. This is Sania’s 42nd WTA doubles title.

It must be amazing to win your first tourney back!

I think this is what happens when you really do not expect anything out of a tournament. It teaches us not to put any pressure on ourselves. I just came out here to get some matches here before getting into Melbourne and I just want to say I couldn’t have asked for a better comeback. Hobart is special to me in many ways and it’s amazing that it happened in Hobart. I’d like to thank my partner for playing with me.

How did this partnership come about?

Nadiia: It happened through our common friend Olga, who was coaching me. There was an accident that happened to my previous partner. So it turned out that we both were looking for partners and we were connected through Olga.

How has it been playing together?

It has been good so far. We had played against each other a couple of times in the past. She was playing with her sister.

We were not like friends or anything, so in the first week, we were just trying to get to know each other better. We both have similar personalities. We both are laid back and easy going. When one person is a bit hyper or something, then it is a bit difficult in terms of the partnership. We are happy to play together and win the tourney. And importantly, we get along with each other off the court as well.

What does it mean to you to be out for so long and then come back and win straight up?

Nadiia chips in: She hasn’t missed much. On the first practice we had after she was back, she was hitting unbelievable. Sania was like – Tennis has changed and all and I told her, nothing has changed, you are still here in terms of the level.

Sania Mirza: The expectations that I have for myself are really high. So even though I was coming back after 2 and a half years, as I was older than Nadia and as someone who has played a few more bigger finals, I have to show my experience even if my game does not show up.

Fortunately, Nadia was adapting and playing really good as well and we both were adapting to each other. When I come into a final, I just feel really good. We have to give each other that confidence and positive energy.

Coming to your question – it means everything to win this title. Honestly, I thought I would be rustier that I am. I still think that I can improve on many things. However, that is just me as even after I win a Grand Slam, I will not be happy with the way I play. To do this after Izhaan is born is really really special to me.

The part of the world where I come from – Having a baby is treated as it’s like the end of the world. The woman is expected to just give up, take care of your child. If you do something else, you are looked up as this Mother who is neglecting her child. If my win could inspire even one mother to follow her dream, I will be extremely privileged.

You told in your SFs that your son’s team is bigger than your team.

Yes, most definitely. The coach of the week goes to my son, he is sleeping right now but it is extremely special for me to be here with my baby and never thought that I’d be competing at the very best level against the very best teams in the world.

Thoughts on the Australian Open – same mentality of no expectations?

We will not be seeded. There will be many more bigger teams in a Grand Slam. However, today in the final, we played against one of the best teams out there and we were able to show that we have the level to compete against them.

Hopefully, my calf and Nadia’s hamstring are good. Then we are good to go.

Thoughts on your game plan today. You had mentioned about being aggressive.

Nadia was serving really well today which gave me the opportunity to help her out at the net. She was with the wind. When I am returning at my best, I feel really confident about my game.

My return is my biggest strength especially when I am aggressive with it. For example, the game at 4-4 in the first set when it was deuce point and I had to just go for it. I went for it and it was a winner. That’s when I feel am at my best.

Sure, I will miss some but more often than not, I will make them. That’s how I feel we are at our best. She served amazing in the last game. I told her I can barely move with my calf and so please continue serving like that and glad she did that.

The article was originally published on Indian Tennis Daily. 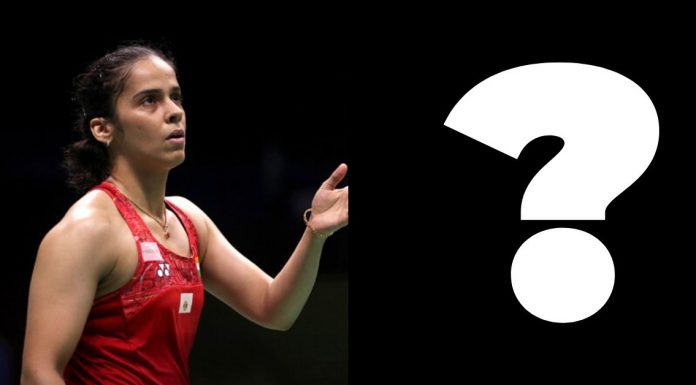