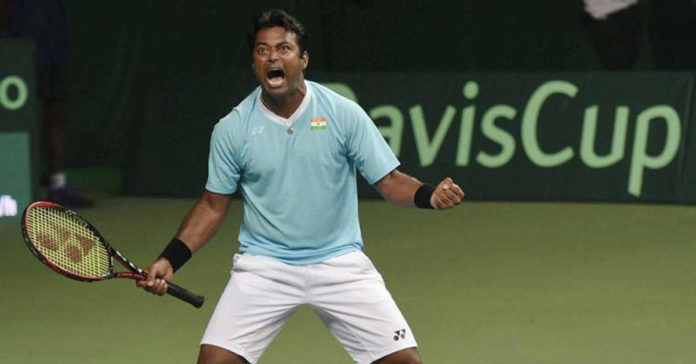 On Thursday, the All India Tennis Association (AITA) selection committee, in a first, announced an eight-member squad for the much-anticipated Davis Cup tie against Pakistan. Veteran star Leander Paes made a return to the fold after a gap of over 18 months, while top singles players Sumit Nagal, Ramkumar Ramanathan, and doubles star Rohan Bopanna, were also included.

The Asia Oceania Group I clash was earlier meant to be staged at Pakistan, but the International Tennis Federation (ITF), after assessing the security conditions, found it unsafe for India to travel to the country due to the rising political tensions between the two neighbouring states. Despite appeals from the Pakistan Tennis Federation (PTF), the ITF went ahead with their decision and shifted the clash to an undecided location.

Also read: If I play in Tokyo, it is India’s record – Leander Paes

However, a number of Indian players had not hesitated to travel to Pakistan despite security concerns, and the AITA has now awarded them by picking as many as eight players for the upcoming tie. It is the highest ever squad that has been selected for any Davis Cup clash by India in the history of the competition.

The players selected are Sumit Nagal, who is ranked 127 in the world currently, and who is likely to take the court in two singles encounters. Accompanying him are Ram Kumar Ramanathan, Sasikumar Mukund, Saketh Myneni, Siddarth Rawat, Paes, Rohan Bopanna and Jeevan Nedunchezhiyan.

While Ram Kumar is ranked 190 in the ATP rankings currently, Sasikumar is ranked 250. He reached the Finals of the International Challenger Baotou event in China earlier this year and has also been rewarded for his consistency that has seen him reach the round of 16 on a regular basis in 2019.

Rawat won his maiden ITF men’s Future’s tennis tournament in June this year after he defeated Rio Noguchi of Japan and is ranked 517 as per the latest rankings, while Jeevan has been pairing up with Rohan Bopanna and are the likely doubles team for the clash despite the presence of Leander Paes.

Paes’ inclusion remains a surprise, however. The 46-year old is not in the best of form and even dropped out of the top-100 for the first time since 2000 last week. He was not expected to play further this year, but has been picked for the Davis Cup tie. While there is no denying his experience, and it remains to be seen whether the team plays the experienced duo of Bopanna and Paes in the doubles event, or goes with the in-form Jeevan and Bopanna against Pakistan.

North East United FC get a couple of new foreign recruits on board After a relatively quiet few months in the transfer window, the Highlanders...
Read more
150,199FansLike
13,682FollowersFollow
7,897FollowersFollow The Bridge Desk - Modified date: September 24, 2020
The Indian Premier League (IPL) has come as a much-needed respite for sports lovers who were famished by the drought of live sports for months owing to the outbreak of COVID-19. Not only from the sporting perspective, but this IPL also harbours the hope...
Read more