Targeting a Top 15 World Ranking by end of 2019: Sathiyan Gnanasekaran “Right now all I know is that it’s a great feeling.”

Till a few years back, did anyone of us see this change coming in Indian Table Tennis? Did we foresee a scenario where the game would take centre-stage, one where we would be actually considering the possibility of an Olympic medal in face of the mighty Asians who have hitherto dominated the sport? Did we realise that we would be on the cusp of something big- where not one but two Indians would be in the World Top 35?

We are living that scenario now. For the first time in history, an Indian is ranked 28th in the world. But, anyone who has followed Sathiyan Gnanasekaran‘s journey over the past few years would know that this was but inevitable. The phases and changes that he has apparently sunk into with ease have only made him better with time. But 2018 was really his year to shine.

“It’s difficult to pick out a particular moment or a highlight that stood out from last year,” says Sathiyan in conversation with The Bridge. “But if I had to, I would go with the Asian Games Bronze.”

“I think this was the first time that we entered the tournament with actual hopes of a medal. Especially because Jakarta happened immediately after the Commonwealth Games where we had a good showing. The confidence in one’s ability was quite high as was the pressure.”

The Indian men’s team made history at the 2018 Asian Games after they walked away from the event with the Bronze medal. This was the country’s first ever medal in the sport at the Asian Games and it definitely changed a lot in the way the sport is perceived. The tournament was also a testament of Sathiyan’s ability to recover quickly in the face of adversity as he, having lost two previous ties, came back strong vs Japan in the quarterfinals and was instrumental in winning the medal.

“After the Commonwealth Games, there were a lot of expectations and the pressure was really high. I am particularly proud of the way each of dealt with that. We played some fantastic Table Tennis there,” he recalls.

But it was his performance at the Gold Coast Commonwealth Games in April that gave him an opportunity to play in the prestigious German Bundesliga- the exposure of playing alongside and against top international players has brought with it its own share of knowledge and confidence. In May, Sathiyan announced that he would be signing with top-division club ASV Grunwettersbach Tischtennis. The credit for getting noticed, however, Sathiyan gives to his longtime mentor, Mr Subramanium Raman.

“Hugely, my improvement was a result of my training with Raman sir,” he said. “I got an offer from Bundesliga because of my improvement in ranking and performance at the Commonwealth Games.”

“Small stints in Germany, playing with the top players, probably gave me an extra edge,” he adds. “Definitely, the more opponents you play against the better you get an idea of where you stand. Having a lot of match practice with them probably made me more capable when it came to handling pressure when it came to important matches and crucial points. Quick thinking and decision making is another thing that improved”

The tag of “highest ranked Indian”

“Healthy competition in the national pool is instrumental if a game is to develop,” Sathiyan points out wisely.

He is, of course, talking about the fact that national table tennis tournaments have often seen unexpected results and fierce fights with the quality of the game that each participant demonstrates improving drastically. The whole of 2018 saw a see-saw between Sathiyan and veteran Sharath Kamal becoming the highest ranked Indian paddler in the world and that can only mean good news for the future of Indian Table Tennis.

“What Sharath has done is incomparable,” adds Sathiyan. “We are just youngsters who followed in his footsteps and who look up to him as an idol.”

To drive his point further, he resorted to taking the example of Badminton- yet another sport which has seen exponential progress in the last decade or so. “When you have a whole pool of world class players, it means you do not have to depend on a single person and pin all your hopes on that one individual”

“The new ITTF Ranking system gives you the space to perform well and consequently rise up the ranks and that is good in the sense that it allows the Junior players to catch up with higher ranked ones. That way, the entire nation grows and not just one person.”

“Highest ranked Indian may be a compliment but definitely not the ultimate goal,” he says. “It’s more important to develop the sport to such an extent that we are able to win a medal at the Olympics.”

So, are we there yet? At a stage where we can confidently hope for an Olympic medal in 2020 as a realistic possibility?

“Right now, the first major hurdle this year is the World Championships in April,” he assesses. “This time, I think a minimum target of reaching the Round of 16 or even the quarterfinal can be a big thing so we are definitely looking into that. With this kind of approach- the changes I am making in my game and the amount of training I’ll get in Asia and the German league, I’m targetting a Top 15 World Ranking by the end of 2019.”

“An Olympic medal is the ultimate goal,” Sathiyan adds. “Team qualifications start from January 2020 itself and our focus will be to qualify as a team because India has never managed to play as a team at the Olympics before. Sharath, myself, Harmeet and a few other young players will be under scrutiny if we are to achieve this.”

“If we play the same level of tennis that we played as a team at the Asian Games at the World Championships this year, we stand a good chance to qualify. And once we qualify as one of the 16 teams, a medal is really, really close.”

Preparation for that has already begun. Sathiyan tells us that he has spent some time incorporating a few changes in his game that have stemmed from what have been the takeaways of 2018 for him. Impactful rubbers, faster plays, increasing pace and power along with major work in the physical side of it are on the cards for him right now.

“2018 taught me that its okay to take calculated risks. I became more aggressive in my game and played more gutsy table tennis.”

“One should never shy away from trying new things because, even if you fail at first, there’s always a valuable lesson to be learnt,” Sathiyan concludes.

Also read: I was going to be an engineer. Table Tennis found me. | By Sathiyan Gnanasekaran 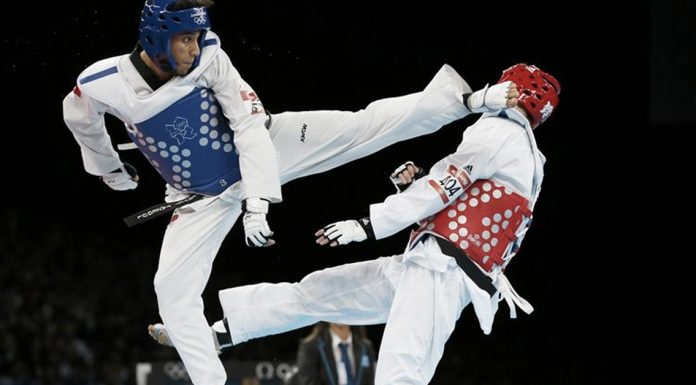