With firm belief in G. Sathiyan, his coach, S Raman thinks his pupil can pull off some upsets and be the dark horse at the Tokyo Olympics.

Subramaniam Raman, better known as S. Raman in the Indian table tennis circle, is exasperated as he could not accompany the Indian paddlers for the 2020 Tokyo Olympic Games.

A former Commonwealth Championship gold medallist, Raman is the personal coach of paddler Sathiyan Gnanasekaran, who is set to compete in his maiden Olympics at Tokyo. When personal coaches of athletes have been allowed to travel with their wards, Raman, who has been a coach for the last two decades, was not taken on board for an unknown reason which denied Sathiyan having his seasoned coach by his side at the biggest sporting spectacle of the world, the Olympic Games. 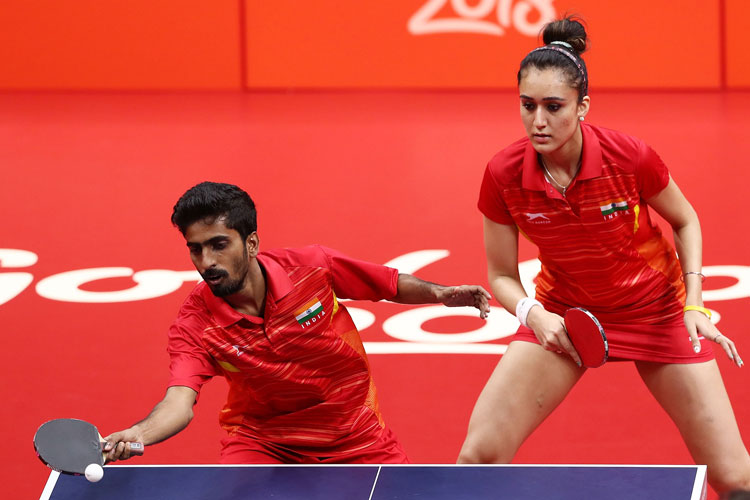 Asked what barred him from accompanying Sathiyan, the senior-most table tennis coach of India, Raman vented his anger on the Indian authority.

"I do not know why I am not in Tokyo now. Initially my name was shortlisted since Sathiyan is a future player and performing well at international level. And being the senior-most coach in India I was expecting I should be there to help Sathiyan. I was surprised to know that I was not selected in the final list. I was not told why I was not selected. Later I got to know about it from the press. But I do not really care as I have been to the Olympics before as a player," Raman told The Bridge in an exclusive interview.

"I wanted to go to the Olympics only to help Sathiyan. He also knows that it would have been a great help for his game that is why I was keen. I felt it should not be appropriate to ask the federation and the sports ministry why they did not take me on board. I felt that I was not respected, so I decided not to ask the officials," Raman, who had played in the Millennium Olympics in Sydney, added. Also Read:Pressure-proof paddler G. Sathiyan feels he can be the 'surprise package' in Tokyo Olympics

Sathiyan can be a dark horse 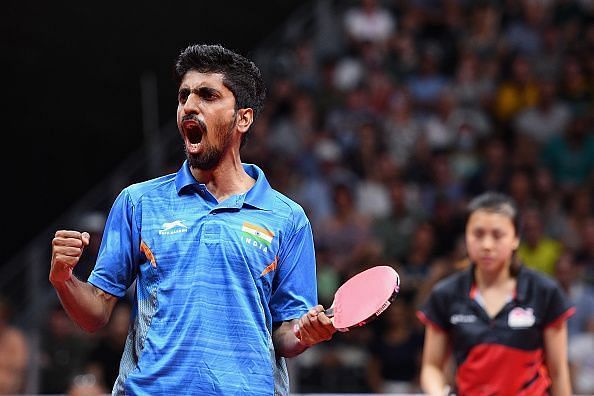 However, Raman said Sathiyan, who came under his wing in 2012 as a junior India player, is well prepared for the Olympics even though he could not train abroad and had no privilege of training with foreign sparring partners at home due to the pandemic.

"He joined me almost a decade back. He was a junior India player then. He was nowhere in the reckoning in the world. From the beginning of 2019 he came to the top 25 in the world rankings. In seven years he progressed to the top 24. That is a huge push for him. That shows the quality of coaching and the knowledge we provide at our centre," recollected Raman.

"Now for the Olympics, despite the pandemic we have done the best preparations. Obviously the pandemic affected everyone. Because of the second wave we could not get sparring partners from abroad as no foreigner could travel to India. Similarly, Sathiyan could not travel out of India. Given that situation whatever best we could do we have done," said the veteran coach.

"Obviously getting better sparring partners in India is not easy, so we needed to get only from abroad which we could not get unfortunately because of the pandemic. We at Raman TT High Performance Centre in Central Chennai brought a talented young paddler from West Bengal - Anirban Ghosh to our academy. He played against Sathiyan and in the process he also improved his game," he added.

Pandemic effect will neutralize all paddlers

Talking about the effect of the pandemic on paddlers going to perform in the Tokyo Olympics, Raman said, "It affects everyone, it is not only about Sathiyan. I guess for most players from all countries that have been the scenario so in some ways it will get neutralized I believe. Or we have to think that way and stay positive."

Due to this reason, he does not want to rule out Sathiyan playing the role of a giant killer in the Olympics. "You never know. Sathiyan could be a dark horse. He is in a good match rhythm for which we worked very hard. We have done a lot of simulations - like different opponent style of play and different match situations. We have done a lot of match simulations literally with the scorecard and I have been umpire to watch his game up-close not just to see the scoring but to fine-tune his game."

"We have played a good number of matches at the academy and his preparations have been very good. A lot of inputs have come along and a lot of adjustment and tuning had to be done. Keeping all that in mind Sathiyan should be able to do well in the initial rounds. If he can understand the situations well, he can really put up a good show," opined the coach.

Asked what he is expecting from Sathiyan in his maiden Olympics Raman said that if his ward could reach the quarterfinals he would consider it a "good performance".

"I will be happy if he can make it to the quarterfinals round. That would be a very good performance given his ranking. As per his ranking even if he reaches pre-quarter finals that would be good enough. But as a coach I am always expecting more from him. If he gets a good draw and if he can play the right kind of game then I'll expect that he will at least reach quarterfinal, and that would be great," the Arjuna Award winning former paddler said.

It must be noted that till date no Indian paddler could progress to the last-eight stage ever in the history of the Olympics.

Though Raman could not go with Sathiyan in the Olympics, he has been in touch with him from his Chennai academy and also working on the table that will be used in Tokyo.

In May this year, Sathiyan asked the Sports Authority of India to provide him with the San-Ei absolute W advance table to get accustomed to it before the Tokyo Olympics as it is this table on which he will have to play.

"The table has arrived. In fact, I am practising on the table with our centre players. He could not practice on it. In the next three-four days before he begins his Olympic campaign I will be able to provide inputs to him about the behaviour and character of the table. From Chennai I am giving him inputs to help him adjust to the table that will be used in Tokyo," Raman appraised the website.

Can Sathiyan can be a giant-killer? Asked whether World No. 38 can be a giant-killer in Tokyo 2020, Raman does not want to rule out any such chance. Meanwhile, talking about the chances of veteran paddler Sharath Kamal, Manika Batra and first-time Olympian Sutirtha Mukherjee, who is ranked 98th in women's singles, Raman does not sound too optimistic when it comes to singles but harboured a hope on mixed doubles.

"I do not really know because I have not watched them play in training up-close. Obviously for Sutirtha, it will be too premature to say anything because this is just her debut Olympics. Being ranked somewhere near hundred it is not going to be easy for her. Even if she wins one round that will be a big win for her. For the other two Manika and Sharath, they have played in the Olympics before so they have the experience with them. But expecting something in singles will not be wise," said Raman.

"If they lose the semi-final they play three and four for a medal match. With less number of rounds compared to the singles Manika and Sharath have a distant chance. Starting from round of 64 is completely different from round of 16. So obviously they will have a distant chance. But the level of competition is going to be high there too. They have to play really, really well for three rounds to win a medal," he stated. 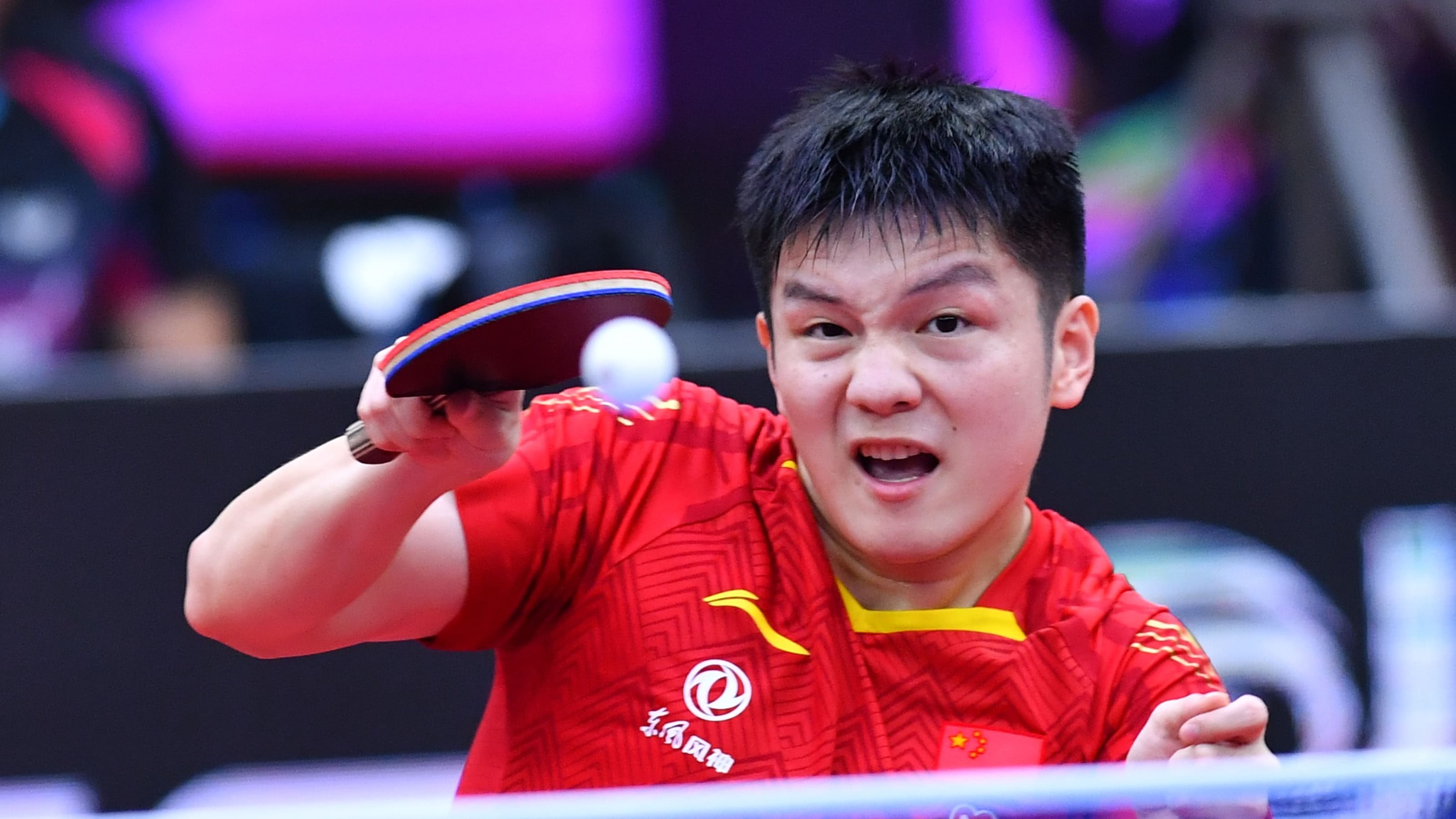 On being asked his favourites for medals in Tokyo, Raman does not think much as he has picked those five players who are in the top 10 of the ITTF men's singles rankings.

"Two Chinese - Fan Zhendong and Xu Xin - are there of course, then Tomokazu Harimoto of Japan, there is a Chinese Taipei paddler Lin Yun-ju and then you have Hugo Calderano of Brazil. The battle for medals will be among these five paddlers. But if there is some dark horse pulling off some upset victories then somebody can surprise us by winning a medal out of this list," the Chennai based coach reckoned.

Raman dreams of producing Olympic champions. Targeting that, he has been working on Indian paddlers for the last two decades. Right now he has 20 budding paddlers at his coaching clinic training.

"I have had an air conditioned coaching clinic since 2016. Nobody in India had that then. Now many academies have this facility. I have spent INR 1 crore from my own pocket to build the academy. I do not have any sponsors. As a coach I want to produce Olympic medallists. That is my ambition, I am working for that," said Raman, who represented India from the mid-1980s to early 2000s.

He also said Indian table tennis has a bright future in store. "Exposure is very good. Earlier for us every year was a pandemic because we could play only one or two international tournaments. Now, it has changed as current paddlers are playing 15 to 20 tournaments a year. Expenses are being borne by the government and players personally and sponsors."

Asked to name future stars of Indian table tennis, he raised the name of Anirban Ghosh and youngster Preyesh Raj Suresh, who is currently ranked 6th in the world at the Under-15 level.

"Anirban is a future star. He has already been in the reckoning for big things. At our academy, we have one young promising talent Preyesh Raj Suresh, who has already won the junior national title. He is a bright prospect for India. In the world arena, we can go so far. Other than that we have some 3-4 upcoming junior players. They are coming to the national level from the state level. They are from Tamil Nadu and other states. I believe Preyesh Raj Suresh is a very good prospect for India who can go all the way to win senior India and Olympics if he gets requisite support," affirmed Raman.