Reissuing fresh hopes for the future with his excellent stint at the Tokyo Olympics, Sharath Kamal has shown why Indian table tennis needs him to stick around.

Sharath Kamal in action at the Tokyo Olympics (Source: Getty)

Just as Achanta Sharath Kamal's picture-perfect forehand landed on the board and Portugal's Tiago Apolónia looked on, a little amazed but mostly impressed, seeing the 39-year-old end up on top of such a tight game with masterful class, winning 4-2. Some nearly 5000 kilometres away, I too watched with my morning cup of lemongrass tea, equally stunned like Apolónia, watching a 39-year-old Sharath Kamal exude so much brilliance, creating history with his easy reflexes and offensive shots.

Side-stepping Apolónia, Kamal knocked on the doors of history, being an expected visitor at its door as he became the first Indian male paddler to enter the pre-quarters of the Olympics and moreover, booked himself a delicious date with Chinese legend, Ma Long. In all honesty, my nerves (along with that of countless Indian table tennis fans) went tizzy when I realized what we were heading for - The Warrior from India against the Chinese Dragon for a place in the quarters?

Waking up a good prior 30 minutes before the Round 3 clash was supposed to take place at the Tokyo Metropolitan Gymnasium, I nervously kept waiting for the drama to unfold - and my god, was it worth that impatient wait!

Watching with sheer goosebumps as Sharath ripped one silky forehand winner and a greatly-improved backhand winner after the other and left the reigning Olympic champion - Ma Long, visibly shaken - forcing him to even take a time-out, I felt my throat go dry, the hair stand up on my arms - my eyes fixated in a trance. With every fist pump, with every loud 'Cho-Le' and with every scathing down-the-line shot, our heart tripped on a few beats - unable to keep pace with the excitement!

🎥: These Sharath Kamal winners against Ma Long will surely blow your mind 🤯🔥 #IND

In the first 3 games and especially in the second, I found myself saying, "This..can't be..happening..," as it was all too surreal watching the events unfold. Keeping toe-to-toe for the initial stages of the match, Sharath Kamal, at 39, managed to ruffle the best in the world, looking him eye to eye, matching him winner for winner and causing him to break into a lot of sweat, phew! However, the Dragon did manage to tame the Warrior but not before he felt the fear as Ma Long won, 4-1.

But a gnawing thought immediately pressed me the minute the match got over - was this the final time we were seeing this Indian legend at the stage of the Olympics? A certain numbness began to take over me - as it seemed like a lot to wrap my head around given the top-level action I had just witnessed. Will there be no Sharath Kamal at Paris 2024? Even daring to think about it now feels outright jittery and tows in a whole mixed bag of emotions.

With a table tennis career spanning more than two decades, Sharath Kamal's game is now an altered one - the sparks of brilliance firing up more often owing to the vast experience he has collected from his training and playing years in Europe and the Tokyo Olympics remained bewitched witnesses to his mettle. Sieving experience and talent and a whole of passion and blending them all together, and the legend of Achanta Sharath Kamal can be conjured only then. Also Read:"This has been my best Olympics" - Sharath Kamal 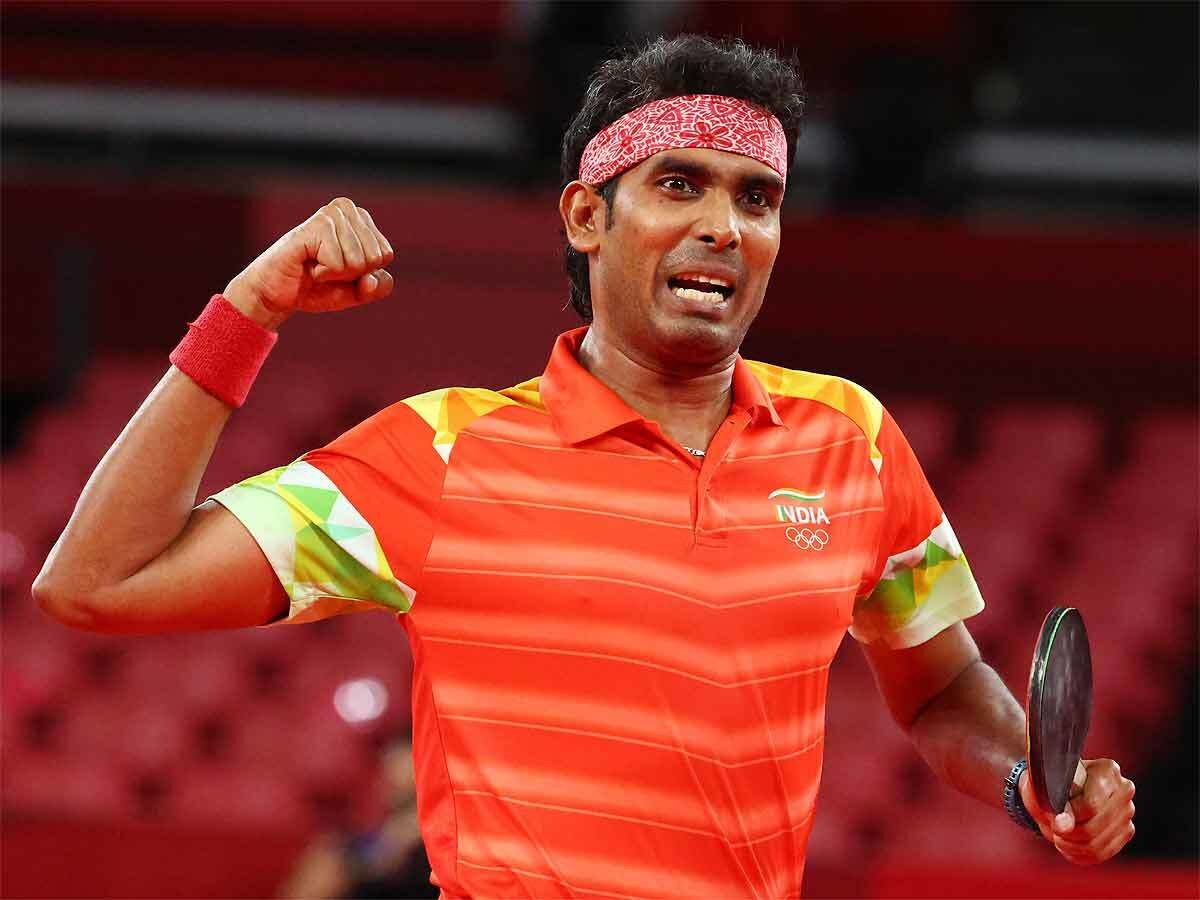 Forgive the Shakespearean intrusion but the old bard did ask the right questions, if you think about it. Just like there is nothing, famously, to do with a name, similarly with Achanta Sharath Kamal, the numbers adding up to his age do not correlate to his ageless performances at the highest levels of the sport. To put it this way, Kamal is the seasoned bloomer of Indian table tennis - its most trusted warhorse and two decades later, still its Numero Uno poster boy.

He may be 39 but this Tamil Nadu-born player still miraculously holds the top spot among other Indian tennis players and has also achieved a career-best high ranking of World No. 32. Meanwhile, Sathiyan Gnanasekaran, the budding sensation occupies the World No. 38 rank and is just behind the 9-time record National Championship winner, who hails from a family of paddlers.

There are far too many records and accolades to his name and Kamal is easily one of the most decorated paddlers India has produced as he has 4 Commonwealth Golds, 2 Asian Games medals, 2 ITTF Pro Tour titles and of course, the rave feat of making it to 4 Olympics - 2004 Athens, 2008 Beijing, 2016 Rio and finally, 2020 Tokyo.

Producing an exceptional performance at the Tokyo Olympics - in both the Individual matches, Sharath Kamal made everyone doubly check on his age because the quality he delivered and the ridiculously wonderful shots he risked and executed caused a lot of inexpressible disbelief - it was all too good to be true! Confirming to the PTI a thought all of us had while we watched his contests, Sharath Kamal confessed, "I played the best game possible and that has been my best Olympic Games, simply because of the way I played."

'Rage, rage against the dying of the light...?' Of late, watching sports and seeing my favourite players' age have made me befriend denial. Call me a heady unrealist, but I am not in favour of seeing that day when Roger Federer won't be heading out to the Wimbledon greens decked in white and closer home, I'm most passionately reluctant to see a day when a bandana-clad Sharath Kamal won't be the torchbearer for Indian table tennis.

Yet, the heart wants what it wants, doesn't it? And after seeing Sharath Kamal literally, fire all his engines and bring the best table tennis of his life to the board at the Tokyo Olympics - the heart now wants more of it. Nobody could have seen this high level of performance coming from a 39-year-old but then again, with Sharath Kamal, who joins the 'Ageing Like Fine Wine' Club where the likes of Mary Kom and Leander Paes take brisk walks, hardly anything is impossible to believe.

If you thought we have seen the last of #SharathKamal, think again!

The 39-year-old paddler said he would take part in the Asian Games and the Commonwealth Games in 2022 in an Instagram Live session.#TableTennis #Tokyo2020 pic.twitter.com/mu6wJszqUs

Immediately after his outing against Ma Long, the Tamil Nadu star spoke of his plans for the near future and it already features the Asian and the Commonwealth Games in 2022 and once again, the heart desperately wants to believe that a 2024 Paris is also on the cards.

So, Sharath, if you are reading this, know that you have only made us incredibly proud and your contribution to the sport is unimaginable and after having seen you perform in this fashion, we are definitely not ready to let you go. Indian table tennis is on the rise and you are its guiding star and we want you, correction, we need you to be part of this ship sailing for newer history-breaking territories and we want you to be its helmsman. Do not gentle into that good night, please? Table tennis needs you, India needs you.