Getting to know Anannya Basak, the 18-year old who took down Manika Batra After 18-year old Anannya Basak pulled off the upset of recent times by defeating Manika Batra in the first round of the National Ranking Tournament, she had only one thing to say. And that was “Manika di is my idol.”

Her father Arup Basak, himself a National Champion and arguably among the finest talents Bengal has ever produced, considers his daughter an ideal fit for the attacking style of Table Tennis that she so successfully displayed on the landmark day she defeated her idol. In fact, the way he puts it, it’s often a player’s personal temperament and body language that ends up defining their style of play. In Anannya’s case, it was the aggression that she channelled into her game. That’s how she began, and that’s how she developed herself as a player.

“There is a dangerous trend among a lot of Indian paddlers. Sometimes, they resort to Defense which you might consider a shortcut in the truest sense of the word,” Arup Basak tells The Bridge. “Their motive is only to win the game, to defeat the opponent at the other end of the table.”

“Does that tendency help in developing your game, though?” he asks.

Growing up as the daughter of two seasoned Table Tennis players, one of whom has been associated on the National circuit as a coach for quite a few years now, you might get carried away into thinking that this was the advantage that Anannya had early on in her life. The genetics of a family of paddlers may have ensured that she grew up in an environment where sport was always encouraged- but it definitely wasn’t forced. “It took nearly five years for her actually to enjoy the game she was playing,” Basak recalls. “She started playing at the age of 8, but it was never a serious passion until she was 13.”

“I was the only sportsman in my family. My wife, however, comes from a family of sportspeople,” he adds.

“Growing up, there was no compulsion on me to take up Table Tennis or any sport for that matter. It’s important that my children stay without that kind of pressure as well,” he states.

After all, loving the game and excelling as a result of it is the best way to grow as a player.

The current Table Tennis scene in India, however, is in the middle of a major overhaul. One part of this can be attributed to the fact that it’s popularity as a serious sport has exponentially increased over the last few years for various reasons. The recent, historical exploits of India’s top paddlers on the international stage has helped Table Tennis surpass its reputation as a hobby sport and assert itself as an avenue where, with a little more work, medals are possible at the highest level. But perhaps the most important thing to consider is the sheer number of fantastic players that have come up.

For the longest time, West Bengal has indulged in Table Tennis like it’s second nature for the indigenous population. Every college canteen, dorm room or roadside club will be sure to have a table which is sure to have people leisurely playing the game. There is no dearth of coaches in the areas in and around West Bengal. And while players like Mouma Das and Poulomi Ghatak may have held up the baton for the state in the recent past, the next generation of young paddlers have now caught up and are adamantly announcing their arrival. Anannya defeating India’s currently highest ranked female paddler was just one instance in a slowly shifting paradigm.

“It’s crucial to have a wholesome development in your formative years,” Basak observes. “West Bengal is known for the number of legendary coaches here and their equally legendary wards.”

To ensure this all-round development of his daughter’s game, the strategy Basak followed was to continually keep changing her coaches so that she does not become streamlined to one single style of play. Not one stroke was given more importance than the other. While Anannya’s initial days were spent in YMCA Chowringhee, she then shifted to Narkeldanga to train under the man considered the unofficial architect of Bengal Table Tennis, Jayanta Pushilal– in case his exploits as a coach are still obscure, one can recognise his contributions through his most famous student, the veteran Mouma Das. Now, she finally trains under Eric Fernandes since early 2017.

When perfection is your ultimate target, complacency can prove to be the most significant negating factor. Letting Anannya get comfortable with a single style of play or the same set of playing partners was never Arup Basak’s intention. It was the kind of foresight that only someone deeply associated with the sport can bring to the table.

When she started out playing, technique was the only thing that Arup Basak looked into. “That’s really my only contribution,” he says with a slight laugh.

“These days, it is Anannya and her current coach directing me on what is best for her training,” he adds. “Be it decisions on schedules, exercises or partners- I do not need to worry about anything for the time being.” 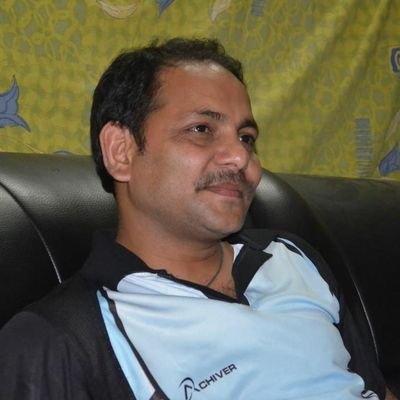 Behind each achievement by every athlete is the contribution of many nameless faces. In Annanya’s case, everything she has learnt so far had a hand in her red-letter victory against Manika Batra, but any serious commentator of the sport would agree that this is but a small landmark. A domestic defeat and the subsequent adulation and limelight it brings comes with both pros and cons. Being mindful of that is necessary.

“Before the match, she had only one thing to say,” Basak recalls. “She told me if it’s an open game, if Manika allows her to play freely without picking on her weak points, she will do her best. She may not have thought she would end up victorious in the match, but she did not want to lose by a huge margin.”

“She was confident she would not,” he adds.

“The problem with National tournaments in a country like India is the stark difference in playing conditions,” Basak observes. “A player of Manika’s calibre, she was fresh from the Asian Games and Commonwealth Games. Playing environments in stadiums like that is very conducive to a stable mind and complete focus.”

“Manika is a young player,” he wisely points out. “With time, she will learn to adjust as well. And she can only get more brilliant than she currently is.”

This progress can only come once coaches get more attuned to the current systems and tactics of coaching. As Basak points out, the old guns of West Bengal, despite still coaching and consistently producing results, are still holding on to techniques which have stood the test of time to be passed down as knowledge to many generations of paddlers.

“You see, we used to be told that each of us needs to have that one stroke where you were indomitable,” he explains. “It should be a stroke where you have a 70-80% chance of scoring a point every time you play it.”

“Of course, developing that one strong point meant that some other aspect invariably got neglected. So, during games, it became equally important to guard yourself against persistent attacks right on your weak spot. Modern-day coaching does not believe in singling out a single tactic that way.”

The fact that an athlete’s career is inevitably short-lived has led to champions emerging from the country at admirably young ages. The increase in international exposure has ensured a rise in the number of international level players from the time Arup Basak ruled the circuit. But at 18, Anannya still has a long way to go before she plays the game of her life. She is only just getting started.

Anannya is mainly technical in her approach, and early results in domestic circuits have gone a long way in building up her still young confidence. While defeating Manika has been her most significant career highlight, she has previously beaten three-time national champion Shamini Kumaresan in a domestic tournament. In the Junior and Youth categories, she has defeated top-ranked players from Bengal at the state level.

As her father concedes, it’s still a work in progress. Now that circumstances have set the ball rolling, the right momentum is essential to maintain this upward curve of improvement.

“She is old enough to take responsibility of her actions,” her father says. “It is now up to her to neither let the limelight affect her nor let the burden of expectations get to her.”

“Your temperament decides whether or not you are cut out for greatness,” Arup Basak concludes.

Also read: Table Tennis in Naihati: A story of two clubs on the verge of sinking Sayan Chatterjee - Modified date: January 19, 2021
Indian Super League (ISL) outfit Kerala Blasters have the joint highest number of transfer outgoings in 2020 for Asian clubs alongside six others, according to FIFA’s Global Transfer Market Report. This further reflects the financial constraints that the Southern Indian side have had to...
Read more