The 2019 ISSF World Cup season kicked off from New Delhi, India, where the first match of the year – the 10m Air Rifle Women Final – took place at the Dr. Karni Singh Shooting Range.

The match turned into a triumph for the home country, as local hero Apurvi Chandela secured gold in a spectacular fashion, while setting a new world record of 252.9 points, out of 24 final shots. That means she scored more than 10.5 points per shot, in average, throughout the final: an exceptional achievement.

After a relatively slow start, the 26-year old shooting star of India climbed into the upper part of the leaderboard. The crowd burst into applause as she scored a sharp 10.8 on her 16th shot, moving up to the second place. A 10.6 on her 17th shot propelled her atop of the table, where she continued shooting excellent tens, to end up in first place.

Chandela’s 252.9 final score turned out to be her personal best, as well as a new world record that shattered the previous 252.4 record set by China’s Zhao Ruozhu last year.

The Chinese athlete was part of the match, and closed in second place with 251.8 points. The 2018 Asian Games Champion led the match throughout the first shot, but couldn’t resist the progression of Chandela, who was supported here by a cheerful crowd of local supporters.

With their silver-bronze combo, the two Chinese teammates also secured the two Tokyo 2020 quota places up for grabs, as Chandela had already won an Olympic ticket at last year’s World Championship (each athlete can only win a maximum of one quota). The third Chinese finalist, Zhu Yingjie, the 2017 Junior World Champion, closed the match in 4th place with 206.7 points.

“Competing on my home turf added some extra pressure,” Chandela said, after the final. “At the same time, to hear them cheering gave me the motivation for a strong competition.”

“I started shooting in 2008, after Abhinav Bindra’s victory at the 2008 Olympic Games. My family always supported me, and they are a big part of my success. My mum was here, in the crowd. She always follows me.”

“The road to Tokyo is still long, I won’t stop here, there are many international competitions ahead of me, before that.”

The Wolrd Cup stage will continue today. An action-packed Sunday will see the conduction of three finals: the 50m Rifle 3 Positions Men, the 10m Air Pistol Men and the 25m Pistol Women matches. 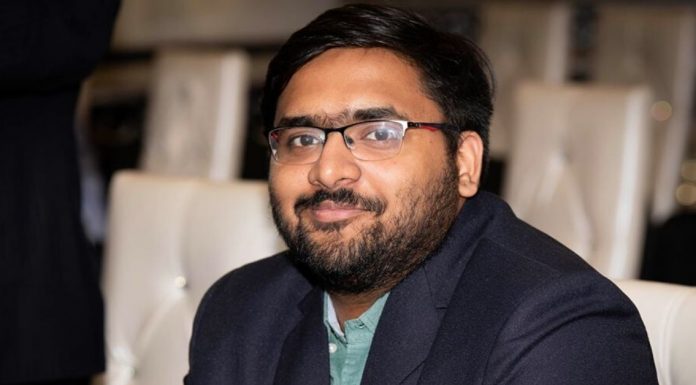 Press Trust of India - Modified date: May 28, 2020
At a time sporting activity has been hit hard across the globe due to COVID-19 pandemic, chess is one sport which seems to keep ticking, thanks to technology as online tournaments kept players busy. There has been a spurt in the number of online...
Read more