Home Volleyball Saqlain Tariq, the J&K boy who rose above odds to become a...
FeaturedVolleyball

Saqlain Tariq, the J&K boy who rose above odds to become a volleyball player Once branded as the ‘valley of paradise’, Kashmir has now undeniably become the ‘valley of death’. Today, this strife-torn state is only famous for bleak stories of violence, lethal attacks, militant insurgency, and never-ending protests. But amid tension brewing over disputed Kashmir, youngsters like Saqlain Tariq Khan have come to find solace in sports, in a bid to escape the bitter truth that otherwise strains normal livelihood in the Valley.

Hailing from Poonch, a remote district along the border, Saqlain is the first volleyball player from the Valley to represent India in any age group, breaking into the national U-21 team. The 21-year-old represented his state in the Pro Volleyball League (PVL), having been picked up by the U Mumba volley franchise for Rs 1.10 lakh. As India scripted history on Saturday by booking their maiden berth in the final of the men’s volleyball U-23 championship, Saqlain was one of the six players from the Amit Gulia-spearheaded side who kept India’s dreams of claiming the maiden title alive.

Having spent a major part of his life hiding from insurgency and consistent shelling, Saqlain found a ray of hope in volleyball, a sport that recognised his talent and fetched him an identity. As he forged an identity for himself, the youngster battled not only an apathetic system in volleyball but also security concerns in his hometown at times.

It was Saqlain’s father, a former state volleyball player himself and current coach in a government high school who saw the potential in him quite early. However, he was also quick to realise that the talent would remain untapped had he confined Saqlain to the boundaries of his home. Saqlain then shifted his base to Punjab, owing to the perturbed conditions that the state of Kashmir thrives on.

With youngsters like Saqlain setting significant trends in the valley for the youth to catch up with, Indian sports is edging closer to familiarity and awareness among middle-class households. With volleyball witnessing a rapid surge in the country and with the Indian volleyball team set to have a busy roster to play in the coming days, the stature of volleyball is destined to climb newer heights in the future.

With this deal Bala Devi has joined the league of stellar performers like Mohammed Salim, Bhaichung Bhutia, Sunil Chhetri and Gurpreet Singh Sandhu, among others, who have played for European clubs in the past.
Read more
Cricket

Indian management for the upcoming T20 World Cup to be played in Australia has decided to go focus on their key strength, which is spin bowling.
Read more
129,563FansLike
11,096FollowersFollow
6,634FollowersFollow 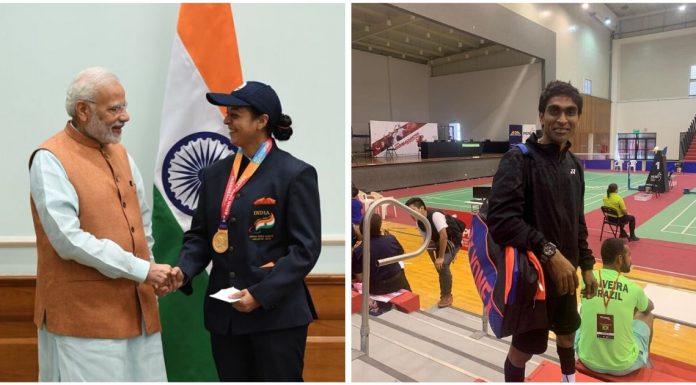