She has gone that extra mile to have the courage to dream again and has picked up the racket she loved most which enabled her to claim the momentous victory at Hobart.

Flashback to a couple of months back, in the wilting cold of November, Sania Mirza was relaying her initial doubts about returning to the game she loved the most and which had embraced her back. Mirza had announced then that she would begin her comeback campaign at Hobart International in January 2020. Cut to the present, the six-time doubles Grand Slam Champion and now, a mother to a baby boy, has lifted the Women’s Doubles trophy at Hobart along with her Ukrainian partner, Nadiia Kichenok and added the perfect first page to her comeback story with this win. After a two-year-long hiatus from competitive tennis, Sania Mirza, the mother has let the Hobart victory roar of her arrival on the scene as she seems stronger and more formidable than ever.

Sania’s doubts about coming back to professional tennis for once was not misplaced as the 33-year-old’s life had seen a whirlwind of changes take place around her- both bodily and externally, over the last couple of years. Newly inducted to the role of being a mother to Izhaan, who was born in October 2018 to Mirza and her Pakistani cricketer husband, Shoaib Malik, life had almost started to take a different direction for India’s star tennis player with the pregnancy woes beginning to take their toll on her life.

However, playing in the finals against the all-Chinese duo of Peng Shuai and Zhang Shuai, one could hardly tell that Sania was out of touch from tennis since 2017. Her forehand was the weapon yet again and she looked in charge of it, shooting it across the opponent’s court with Nadiia by her side. It was this forehand that had come under the scanner with many tennis pundits suggesting she wields it in a different fashion for the fear of suffering an injury, in the past.

There was a strange sort of confidence that surged through the former World No.1’s veins as she did not as much break a sweat in the final and maneuvered expertly her way out of potentially tricky situations to claim the title 6-4, 6-4 in just 1 hour 21 minutes. A very delighted Mirza gushed, “Honestly, I thought I would be rustier than I am. I still think that I can improve on many things. However, that is just me as even after I win a Grand Slam, I will not be happy with the way I play. To do this after Izhaan is born is really really special to me,” she conveyed in the post-match conference.

This victory is an all-important one ahead of her Australian Open campaign and Sania too has set the example by being successful immediately after her return from maternity leave, like so many other inspiring tennis-playing mothers who are also exceptional champions. Mirza has also joined the league of such wonder-women who have gone out of their way to show that pregnancy and becoming a mother can in no way be deterring factors in pursuing one’s career and picking it up from where it was left.

Long before Kim Clijsters set the ball rolling for tennis-mothers, it was Evonne Goolagong Cawley who after having her daughter in 1977, stormed back into the scene to lift the Venus Rosewater Dish at the 1980 Wimbledon Championships. However, we remember Clijsters in 2009 who showed the world that making a comeback after childbirth is not an impossible thing altogether when she lifted her life’s second Grand Slam at the US Open. The Australian then went on to claim two more Slams, after being a mother.

Setting the correct example, soon enough the GOAT of women’s tennis, Serena Williams also took a break from tennis after winning her 23rd Grand Slam title at the 2017 Australian Open while being few weeks into her pregnancy. Her comeback might be the most memorable in recent history as she has been the finalist in four Grand Slams ever since her return already and picked up the Auckland International 2020. Even former World No. 1 player, Victoria Azarenka has scripted her return to professional tennis after motherhood and has tasted success.

Also read: If Hobart win inspires a mother to follow her dream, I will be privileged – Sania Mirza

At this juncture, let’s take a moment and assess the situation here. In a country like ours, it is intrinsically difficult to remould the set roles cast by the society of which the figure of a mother is so well-etched that the littlest of deviations invite frowns and hushed whispers about the ‘kind’ of mother that person is especially if she resumes her old life. Sania’s position might have been a lot more privileged than this and she might have escaped from suffering the torment of such prying conjecture, but what she has done is nothing less than an extraordinary feat.

“The part of the world where I come from – Having a baby is treated as it’s like the end of the world. The woman is expected to just give up, take care of your child. If you do something else, you are looked up as this Mother who is neglecting her child. If my win could inspire even one mother to follow her dream, I will be extremely privileged,” Sania Mirza told in her post-match conference and one cannot help but admire this superwoman for being able to fight the taboos.

She has not only done her bit to shatter the age-old myths attached to being the ‘typical’ mother, but she has also gone that extra mile to have the courage to dream again and has picked up the racket she loved most which enabled her to claim the momentous victory at Hobart. Unknown to herself, Mirza who has always been the face associated with Indian tennis for more than a decade, has transformed into a figure of inspiration to all those mothers who nurture dreams of getting back to their old life once again and doing what they loved. Mirza can now join the chorus of being a mother and a Champion and loudly proclaim,

What goes into the making of a world-class athlete is a question best answered by Abhinav Bindra -- through his cutting-edge High Performance Centers.
Read more
Bodybuilding

Mirza is now gearing up to represent India in the Federation Cup that will be held in Dubai from March 3 to 7, 2020.
Read more
129,533FansLike
11,115FollowersFollow
6,647FollowersFollow 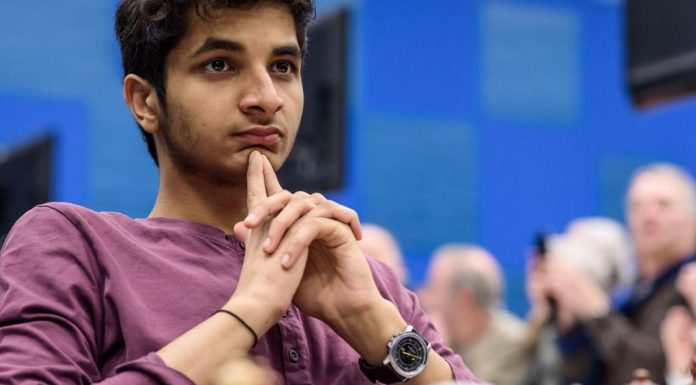 Press Trust of India - February 21, 2020
Indian Grandmaster Vidit Gujrathi suffered a defeat at the hands of Czech GM David Navara in the eighth round of the Prague Chess Festival's Masters category but still remained on top of the standings.
Read more