Rowing in India over the years has had to grapple with multiple constraints in being alive and kicking across the country. Of course, if Indian rowers’ Asian Games performance over the last two decades is anything to go by, it is crystal clear that they are a formidable rowing force in Asia much like nations like China, South Korea, Japan and Uzbekistan. India’s history in rowing dates back to the British era. Over the years, India has produced some well-established rowers from the country. Here’s a look at the top rowers from India:

Naib Subedar Dattu Baban Bhokanal is an Indian rower who is also a Junior Commissioned Officer (JCO) at Indian Army who was the only Indian rower to qualify for the 2016 Rio Summer Olympics. He qualified for the Olympics after winning a silver in the men’s single sculls event at the FISA Asian and Oceania Olympic Qualification Regatta at Chung-ju in South Korea where he clocked 7 minutes and 07.63 seconds. He is only the ninth rower to represent India in the Olympics. He won the gold medal in the 2018 Asian Games in Men’s Quadruple sculls. The Arjuna awardee is trained under Dronacharya and chief National rowing coach Ismail Baig at the ARN. Dattu is supported by the Target Olympic Podium (TOP) Scheme.

Bajrang Lal Takhar won the first individual rowing Gold medal for India at the 2010 Asian Games held in Guangzhou. Takhar is a Naib Subedar in the Rajputana Rifles regiment of the Indian Army. Bajrang Lal was the first Indian to win a rowing silver medal for the country at the 2006 Asian Games held in Doha. He contested in the men’s single sculls rowing event at the 2008 Summer Olympics in Beijing but failed to reach the finals. He finished with a rank of 21. He then went on to bag gold at the Asian Championships in Korea 2007. He won the quota place by winning gold at the Asian qualifying championships in Shanghai.

He has won two gold medals in the single and double scull races in South Asian Games 2006. In November 2010, he won the first individual rowing Gold medal for India at the 2010 Asian Games held in Guangzhou.

Sawarn Singh primarily competes in single scull events. In 2011 he won bronze at the Asian Rowing Championships. He qualified for 2012 Summer Olympics in Men’s single scull event and reached the last 16 with a time of 7:00.49 in the first repechage. At the age of 21, Sawarn secured his spot in the London Olympics by winning his event at the FISA Olympic Continental Qualification Regatta for Asia in Chung Ju, Korea. London Olympics was the maiden Olympics appearance for the Jharkhand National Games gold medallist. He won the 2013 Asian Championships, and won bronze at the 2014 Asian Games. He won the gold medal in the 2018 Asian Games in Men’s Quadruple sculls.

Inderpal was the first Indian rower to represent the nation at the Olympic Games – Sydney 2000, with Kasam Khan – the former rower turned coach is nurturing young soldiers at the Army Rowing Node today. The 2002 Arjuna Award winner and Coxless Pairs rower, a 2004 SAF Games Gold Medallist in the event along with Jenil Krishnan, currently oversees the training of more than 60 athletes at the Army Rowing Node, with some of his biggest protégés including Narsa Ram, Nayab Rasool, Dushyant Singh and Bhagwan Singh.

Coaching the athletes along with Rajpal Singh Mokha and ARN in-charge Colonel Charan Singh Baswana, the Olympian imparts his valuable experience to budding rowers, in addition to putting them through rigorous scientific regimes.

The Services man originally started out as a Coxless Fours rower, with his teammates being PT Paulose, Udaybir Singh and his Sydney Olympics teammate about whom more shall be described later. The transition from Coxless Fours to Coxless Pairs was made with ease, however, as his rise to the biggest stage of them all proved. One of the pioneers of Indian rowing, the Central Ministry of Youth Affairs and Sports honoured him with the Arjuna Award in 2001, a year after he had made history at Sydney, and twenty years after Major Parveen Oberoi became the first-ever Arjuna Award-winning rower from the country. 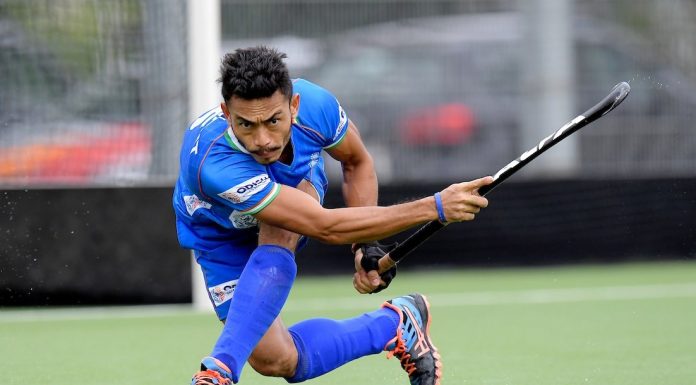