Rower and Arjuna award winner Dattu Bhokanal seems to have got himself into a mess yet again, as he is reported to have left the National camp in Pune.

Rower and Arjuna award winner Dattu Bhokanal seems to have got himself into a mess yet again, as he is reported to have left the National camp in Pune citing family issues and has now been ordered by the Army Rowing Node (ARN) to return to his unit.

A Naib Subedar in the Indian Army, Bhokanal while leaving the camp had also written a letter to the Sports Authority of India’s (SAI) Director General, Sandip Pradhan, to intervene in the matter.

“It is very disheartening to note the approach of these officials towards top sportsmen of the country. It is therefore requested to kindly intervene in the issue and resolve it amicably. I assure you that I will serve the nation in the best of my abilities and deliver desirable results,” read the letter.

In their report, the ARN, raised questions over Bhokanal’s conduct and ordered him to return to his unit at the Bombay Engineer Group and Centre in Pune.

According to the report, Bhokanal had requested to leave the National camp for family reasons in October, which was turned down on the fears of the rower contracting the deadly coronavirus. The report further accused Bhokanal of feigning a knee injury in order to avail a leave after his first application on the grounds of family issues was denied.

However, the situation reached a point where Bhokanal couldn’t be persuaded and the ARN got in contact with the Rowing Federation of India’s (RFI) president, Rajlaxmi Deo, following which he was relived from the national camp.

“I have not written for premature discharge. I just wanted a few days’ leave to settle family issues,” said Bhokanal to The Tribune.

The 29 year old further asserted that the civilian doctor didn’t give him a proper check-up.

“He was acting strangely. He said I have some mental or psychological issues when I went there to get my knees checked. So I had no option but to approach SAI to settle this matter.”

The rower maintained that he is still motivated to do well in the sport.

“As far as I am concerned, I am not turning my back on rowing and I am still motivated to do well,” he said.

Dattu Bhokanal shot to fame when he represented India in the 2016 Rio Olympics where he finished at 13thposition. He was embroiled in another controversy in 2018 when he tanked a race during the Asian Games and was banned for two years. The ban was then overturned earlier this year and he was honoured with the Arjuna Award.

All is well between Pullela Gopichand and PV Sindhu? 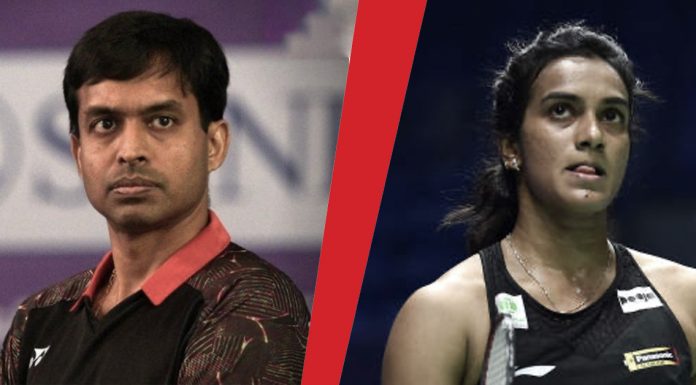