RFI Chief, Mrs. Rajlaxmi Singh Deo, is clear about her priorities and is keen to develop the grassroots program of rowing in India.

Indian rowing seems to have a ‘fresh beginning’ under the leadership of Rajlaxmi Singh Deo, who was elected as the President of the Rowing Federation of India (RFI) for the third consecutive term this year. Deo, who had represented the Sculling and Rowing Association of Andhra Pradesh in the recent elections, has a massive task at hand as she strives to boost the development of the sport in her five-year tenure that runs till 2024.

The RFI chief is clear about her priorities and is keen to develop the grassroots program of rowing in India. The federation is working in tandem with all the state rowing associations and Sports Authority of India (SAI) to amplify its grassroots activities. In a conversation with The Bridge, Deo said, “Rowing is a sport which does not have a mass base in India right now. The way we have started propagating the sport is basically through the two SAI centers, which are at Alleppey in Kerala and Jagatpur in Odisha. The government of Madhya Pradesh has committed a very big initiative to develop its water ports. These centers are forming the core of the Indian team at the junior level. And the onus of the grassroots development is actually on the state associations. Because we, as a federation, depending on the state associations to give us the raw material. These raw talents are molded by us, who participate in the nationals. From the nationals, we take them on to the next level. So wherever the states have been active or SAI has come in to help us, we have gone on from strength to strength.”

Out of the states which have rowing associations right now, about 70% of them are well equipped. However, the program needs to be spread across the districts. At this moment, it is only centered around one place in a particular state.

A rowing talent is particularly picked based on his/her physical parameters and their willingness to pursue the sport at professional levels because an athlete has to make a few sacrifices to continue rowing at the highest of levels. “Usually an enthusiast enrolls in rowing while attending rallies. That is where, their height, arm length, and determination to do well in the sport are looked at. A rower has to sacrifice about six-to-eight months of his studies and needs a lot of parental backing and support. So that’s how we prepare the teams and look for the rowers who are willing to sacrifice so much of the time and should have a lot of strength and endurance to take competitive rowing. It’s a very grueling sport after all,” says Deo.

She goes on lauding the efforts of the Bengal Rowing Club which has been doing an excellent job in scouting fresh talent and developing the rowing ecosystem in the state where youngsters around the age of 12 starts taking up their basics of rowing.

There are different sets of training modules designed for young rowers. At first, they are trained on how to balance the long 14-inch boats and row for long distances. Following which, come the three cycles of rowing – rowing which builds up the aerobic base, after that, they go into the competitive phase, which is anaerobic. At last comes the racing phase, which culminates in the championship categories of senior, junior and sub-junior.

Every month, the youngsters are evaluated with tests going on in water and land. They undergo ergometer trials. These trials help to analyse the physical parameters of the rower. A total of 48 kids are evaluated, from which 16-18 students make it to the final selection to represent the country. “Once you pick up these scullers and sweepers, in this process, we keep evaluating and putting different combinations on the boats. They are physically tested, and they’re really good then the best four are put in a sweep boat and the best four are put in a quadruple scull. And then we keep giving chance, changing the seat to see who’s improving the speed of the boat. And finally, the scullers are all made to fight it out in double sculls and the best double scull will go as the doubles sculls entry, the next two would be in the quadruple scull which needs four scullers in it. Similarly, in the sweep, also we start in pairs and then the best pair goes as the pair then the next to go in the four,” says Deo.

With the COVID-19 pandemic looming large, it has been a big setback for the rowing grassroots program. Unlike the big-cash leagues like the IPL, rowing cannot be conducted in an eco-bubble. Deo elaborates about the plan to move forward as she concludes, “After the pandemic is over, we again would start afresh. Hopefully, the rowers are keeping fit and Rowing Federation of India in association with the SAI and E-pathshala are showing the players how to keep fit during the pandemic. A lot of them were very keen, and we were having a turnout of almost 200 rowers every day. So I am hoping that they would be fit because they’re all at home right now. And rowing needs a lot of volume on the water, which is not happening. We hope to recover from it over the course of eight, nine months.” 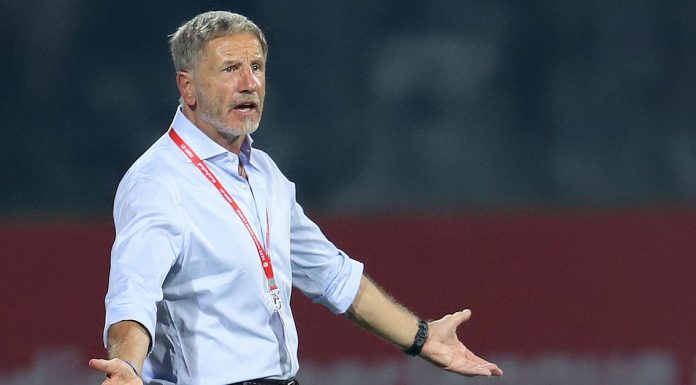