A group of atletes and coaches from Punjab have threatened to return all their medals in support of farmers' protest across the country.

A group of atletes and coaches from Punjab have threatened to return all their medals and awards and lay siege to Delhi if the central government does not repeal its three controversial ordinances that have sparked a furore among the country’s farmers.

The sportspersons who have come out in support of the protesting farmers include wrestler and Padma Shri awardee Kartar Singh, Olympic gold medallist hockey player Gurmail Singh, who is also an Arjuna awardee, Olympic hockey player and Arjuna awardee Sajjan Cheema, and former Indian hockey captain Rajbir Kaur, often called “Golden Girl”. In a press conference held at the Jalandhar Press Club today, they said the new farm laws must be withdrawn because they were not in favour of the farmers.

“All the Padma and Arjuna awards, all medal will be returned by Punjab’s sportspersons…there will be around 150 of them,” said one of the speakers at the press conference.

They said they will proceed to Delhi on December 5 and will place their awards outside the Rashtrapati Bhavan. They slammed the Centre and Haryana government for using water cannons and teargas against the protesting farmers to stop them from going to Delhi.

“We are the children of farmers and they have been holding peaceful agitation for the last several months. Not even a single incident of violence took place.
“But water cannons and teargas shells were used against them when they were going to Delhi. If turbans of our elders and brothers are tossed, then what will we do with our awards and honour? We are in support of our farmers. We do not want such awards and that is why we are returning the same,” said Cheema on Tuesday.

Farmers had faced water cannons and teargas when they were heading towards the national capital as part of their ”Delhi Chalo” march against the farm laws. “If farmers do not want such laws, then why the central government was imposing on them,” asked Singh, who has retired as Inspector General in the Punjab Police.

He further said that former players would also join farmers” stir at the Delhi borders on December 5. Singh said they are also trying to contact former players in Haryana for coming out in support of farmers” agitation.
Cheema said several former players including Kaur and Arjuna awardee (shotput) Balwinder Singh have backed them.

Over the past week, thousands of farmers, braving water cannons, tear gas and barricades of the Haryana police, have reached the borders of Delhi, to protest against the new laws passed by the Narendra Modi government in September. While some of them have managed to enter the city, the rest are sitting at the border areas, saying they are ready to do what it takes to see the end of the three farm laws passed by parliament earlier this year.

A number of politicians, including the Congress’s Rahul Gandhi and BSP’s Mayawati have by now spoken out in support of the protesting farmers, saying the government must speak to them and withdraw the new laws.

A number of pop artistes of Punjab, such as Diljit Dosanjh and Harbhajan Mann, have tweeting their support for the agitation. Mr Mann, a Canadian-Indian actor and film producer, even posted several photos of the protest using hashtags like #kisanandolan and #FarmersDilliChalo. 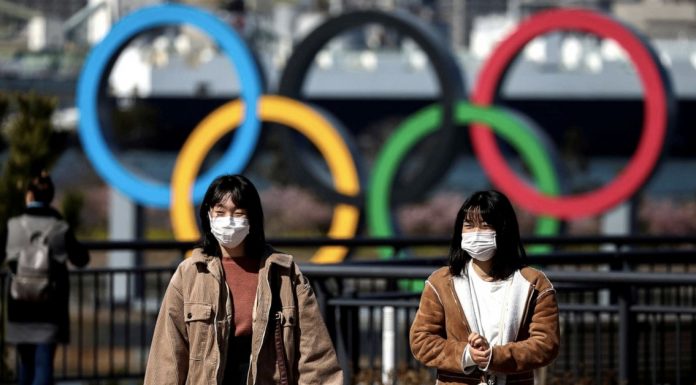 The Bridge Desk - Modified date: January 16, 2021
Japanese cabinet minister for administrative and regulatory reform admitted on Friday that "anything can happen" with the coronavirus-postponed Tokyo Olympics. The minister, Taro Kono, became the first senior official to concede uncertainty about the Games as Japan and other countries battle a surge in...
Read more