Hustling between tournaments, Indian badminton player Sameer Verma reflects upon the hectic post-pandemic schedule while nursing injuries and resolves to take it slow.

I remember confidently texting my family, "Hello, I'll be away for a month and won't be here for Diwali. Apna khayal rakhna (Please take care of yourselves)," very reassuringly as I packed my bags for a month-long Europe tour that would take me across Denmark, France and eventually to Germany as badminton season has finally yawned to a start - a day we Indian badminton players had long awaited.

Anticlimactic enough but, here I am instead - back home in time for Diwali, with a bothering calf injury, playing perfect spoilsport to every grand plan I had made - lesson learnt, do not, DO NOT look way too ahead into the future.

But it hasn't been all that bad either - after the Thomas Cup Finals in the beginning of October, I was raring to go at the Denmark Open and the French Open and the Gods, for the most part of it, did side with me - till an injury came knocking, most untimely.

The moment is still well-marked in my mind. I was inches away from closing out the match against Denmark's Anders Antonsen in the pre-quarterfinals of the Denmark Open. I felt the tension in my calf, the match was gruelling as it is, and I cast a nervous look at my coach. With just 2-3 points remaining, I went up to him, the limp getting prominent by the minute.

My coach shot back, like every Indian parent ever, "Sameer, don't show him that you are injured. Let's finish this game. We'll see tomorrow what happens in the next match!"

I retorted helplessly, "But, main chal nahi paa raha hoon theek se (I can't even walk properly), what are you saying?"

But there was that obstinate but motivating glance from him and I knew I had to re-focus, I couldn't let the injury consume me, especially not when I am so close to defeating the World No. 3 player, in straight games.

Call it the spark of adrenaline but with mighty effort, I gathered every strength in my body and did the deed - 21-14, 21-18 and I was through to the quarters. How I will play in it was still debatable - but the berth was sealed. If you think word gets around fast in the world, wait till you are in a bio-bubble, with nowhere to go - and the fact that I was injured soon buzzed around and it obviously reached the ears of my next opponent, Indonesian veteran Tommy Sugiarto. They got to know that I got injured so whenever they saw me during breakfast or at the lobby, they would ask what happened, because I'm already limping, I mean, I couldn't walk properly.

Although the resting between the two matches helped a bit, Sugiarto is clever - he kept bringing me into the longer rallies and tiring me out. I just wasn't in my best form and I couldn't defeat Sugiarto, another former World No. 3 himself.

And the call to retire from the Denmark Open quarters then had to come, there was no option.

Before the French Open started, I took some medicines and thought...let's see how it goes. First, I was supposed to play with the World No. 7 Jonatan Christie but he thankfully withdrew and I met Lee Dong Keun from Korea..I was like "Let's try, I think I can beat him," to myself. Thinking back, I know that if I had played Jonatan that day, with the injury, I wouldn't have been able to progress.

The pandemic pandemonium in badminton With the COVID-19 pandemic, we players have been left in a bittersweet fix. On the one hand, because of the pandemic, the BWF is ensuring the tournaments are region-specific, one after the other. So, in Europe, we hopped across a series of tournaments and now after the 2021 Hylo Open, the Asian leg will begin in Indonesia from November. Over there we will have three more tournaments back to back and just a week later, we will have the World Championships in Spain. Absolutely power-packed!

I won't say this is a me-only situation but players are lacking match practice, even recently Kento Momota mentioned that he wasn't able to feel his usual confidence in matches after coming back on the tour - the long gap is getting to everybody. Take the case of The Minions - Kevin Sukamuljo and Marcus Gideon, again - they lost to the Korean pair in a very surprising manner at the French Open Finals, all of these are not really expected but it is happening too.

Honestly, this is a period of adjustments and all of us are trying to push hard because we have only a handful of tournaments left and in the process, we are getting injured too or not getting enough time to recover.

Sourabh (my brother) also got injured during practice at the Denmark Open, while Viktor Axelsen who won the Super 1000 tournament in Odense, had to retire due to minor injuries. You see, the back-to-back tournaments are saving us the long travel hassles from here to there and it is ultimately on us, the players to ensure that we stay fit and our physios and coaches also need to take care, but it is difficult right away because we are just returning to the tour in a full-fledged manner.

Additionally, staying in bio-bubbles is a whole different ball game now, especially for players who are outside the Top 25 and have to fund themselves. Earlier, players could stay in a hotel of their choice or take an Airbnb in these foreign nations when spending from their own pocket but due to the bio-bubble policy of the BWF, we have to stay with the team at the appointed hotel. It kind of strains us financially. I was just World No. 27 or 28 before Denmark and France and therefore I had to pay for those tournaments but now that I am back to World No. 21, I can relax a little about this.

Aside from the pocket pinches involved, personally, it really doesn't feel great to be in beautiful cities like Paris and not be able to go out because of the restrictions. I mean, ultimately, we Indians love to travel and the wanderlust bug has bit us a long time back. And keeping us tied to the hotel room is seriously such a hassle, but even then we wouldn't leave the hotel premises and roam around during the tournament, we stayed put there.

An impatient wait for the future and better days 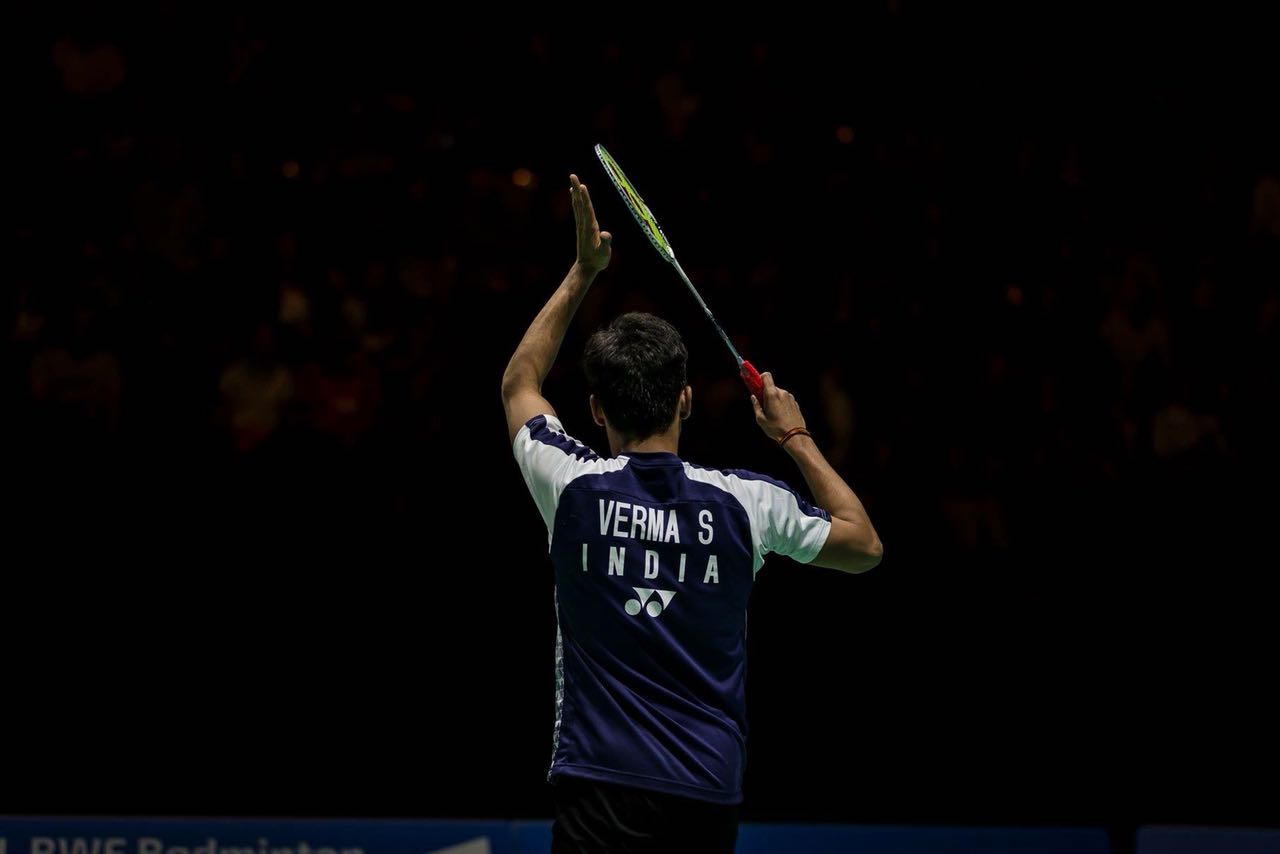 However, on the positive side, badminton has restarted and for Indian shuttlers this is great news. At the Uber Cup Finals, the women's team did quite well, all the young junior players - Malvika Bansod, Aditi Bhatt, Tanisha Crasto, Rutaparna Panda, they really played well. They did lose 3-0 in the quarters and if say, PV Sindhu or Saina Nehwal was present then maybe the result would have been different but in a way it's good as the youngsters have gained a lot of experience from both the Sudirman Cup and the Thomas and Uber Cup Finals.

Reaching the level of a PV Sindhu or that of Saina Nehwal from her heydays is still a farshot for Indian women badminton players but they are on the right track. The men's side has always had many players and there is Lakshya Sen too alongside the pair of Dhruv Kapila and MR Arjun who are really promising. All they need is enough match practice and to learn from every match - that is the way ahead.

For India to deliver a more rounded performance at the 2024 Paris Olympics, the juniors will have to step up their game. You see, the opponents we play study our game as we do theirs, so you have to be very dynamic here. If the juniors can open up and play well, we have a fair shot at performing well in Paris but this is all a matter of time - it won't happen overnight, it's a process, we need to trust it, that's all.

For now, I have decided to not think way too ahead as one doesn't know when an injury or something else might come along and upset plans. I'll be leaving for Indonesia in a week and I'll check the BWF 2022 calendar only after that - I'll take one match at a time and hope to continue the streak and get myself in proper shape for the World Championships in December. Hopefully, when 2022 starts, we'll all fall back into the usual pattern and the clarity for the future of Indian badminton can be more prominent then, for now, it's about taking each day as a new one and hoping for the best.