Despite having started late, I have become my own inspiration | By Abhishek Verma

People often ask me what inspires me or who inspires me. But somehow I have become my own inspiration to do better, be better, every day. 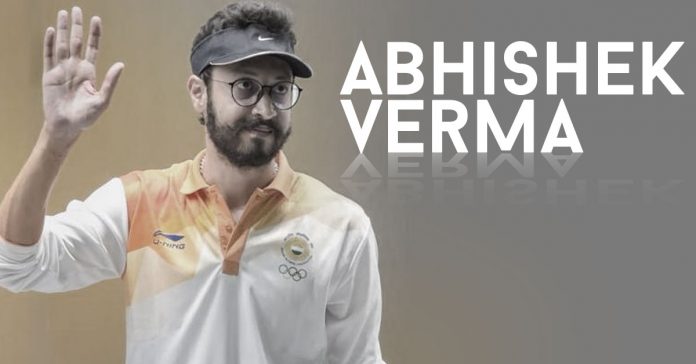 You have to expect things of yourself before you can do them. People often ask me what inspires me or who inspires me. But somehow I have become my own inspiration to do better, be better, every day. In order to be the best, you have to constantly keep challenging yourself by raising your standards and pushing the limits of what you can do. I have stood by that all these years.

I started very late, unlike most Indian athletes. While the boundaries may be just imaginary, it never bothered me. Without an emotionally compelling goal, it becomes easy to get lost on the road to success. I never thought I could go on representing the country one day and the moment of reckoning hit me when I landed in Indonesia alongside other big athletes to represent India at the Asian Games just last year. The Asian Games brought in a flood of emotions full of joy and pride. It was like a cherry on the cake when I accounted for a bronze medal on my debut at an international tournament.

Having graduated in computer science, I gradually developed an interest in the Indian Constitution and politics. Every youth should understand the politics of relevance, how it works and its fragments. My father is a judge so he keeps getting transferred to different districts in Haryana. My journey with shooting started at the Hisar Shooting Range. I used to play basketball and football, along with, gymming being a part of my daily routine.

I never liked watching sports on television, and rather opted to play. But since childhood, I was very addicted to video games and toy guns. Maybe, that’s how the interest picked up. There was no platform available for me to try the sport. Then one fine day at the gym, I overheard two people talking about a professional shooting range being built nearby. I was very excited and I took the address from them. There was no inspiration to take up shooting as such, but I opted to enroll and test myself at the district level while still studying law.

I completed my law degree in 2017, after which my priority shifted to only shooting. Initially, the plan was to become an advocate of cybercrime. But I went on to develop a special interest in the sport and ended up enrolling myself at the Eklavya Shooting Academy in Gurgaon. I started with a rifle. There was an emotional outpour the first time I held a pistol after joining the shooting academy in Hisar. The owner of the academy instructed me to try rifle first, and then pistol. In my 30 days of training, I devoted 15 days each to rifle and pistol. But eventually, my performance improved and I also thought this is just a start! So let me give it a shot.

I know how much dedication I had put into it. I may not have started it with passion, but once I knew that sports is going to be my profession in the future, I started investing in good effort into it. Whatever I have achieved is because of my hard work. My performance improved gradually, and I started liking what I was doing. Isn’t it everyone’s dream to represent India one day?

I was soon competing at the state, national, and All-India University Games. I can say my doors were opened, and slowly I transitioned from performing at the district level, then to the state level, then the national level, and then making it to the Indian squad for Asiad 2018. Having grown up admiring Major Dhyan Chand, Milkha Singh, and other Olympic medallists, I always had this impulse to do something for the nation and shooting made my dream come true. The turning point of my shooting career had arrived. I couldn’t believe I won a bronze medal for my country in the 10m air pistol event. I shot a 97 in my first qualifying series, then a 100 in the fourth and finished with 98 and 97 to achieve a qualification round score of 585. I was elated.

The Asian Games bronze uplifted my confidence and I knew that was not the end of it all. At the Beijing World Cup earlier this year, I had won my first gold medal when I finished the podium with 242.7 points. My first gold medal! The achievement was very significant, after all, I earned a chance of going to the Olympics next year. Again at the Rio World Cup, I shot a 244.2 in the eight-man finals and the gold medal was mine! You know, when I used to see other shooters of the country and spoke to them, I felt like it was always possible for me.

Also read: I started running at 49. Six years later, I have run over a 100 races | By Taru Mateti

I can really say that life has taken its course from small beginnings to significant achievements and the credit goes to my parents. It wouldn’t have been possible without their support. I never asked for pistols or rifles. The rifles or the pistols come at a very heavy price in the market, so I would use the common ones available at the range. Only few years after I started doing well, my parents bought me a pistol. It was my dream to perform at a global stage, and they never hesitated, though I was pursuing my law degree then. I am thankful to them to support me both financially and emotionally.

It barely matters when you start, either late or too early. It is only the effort at the end of the day that matters. All that matters is how I perform, how high my score is. I know what I am capable of. I have accepted it. This is how I find motivation. The team, particularly, is very balanced. We are pretty much like a family. We provide emotional support to each other.

If I had to be honest, I don’t want to rush things now. I had set a lot of targets this year and have been able to over-achieve them. Talking about the Olympics, ‘more and more practice’ is the key to achieving success. If I practice more, I’ll keep getting better at it. I am now sweating it out in training to edge closer towards my ambitions. But until that, I will keep doing well and fine-tune my game for future endeavours.

Like I have always believed, one should never stop improving.

Four months after the International Olympic Committee and officials in Japan postponed the Games amid soaring coronavirus infection rates and lockdowns across the world,...
Read more
132,387FansLike
12,731FollowersFollow
7,379FollowersFollow Press Trust of India - Modified date: July 29, 2020
The Bhaichung Bhutia Football Schools (BBFS) Residential Academy at Sohana in Haryana on Wednesday claimed that it has achieved 100 per cent pass result in the Class X examination conducted by the Central Board of Secondary Education. The academy is run in partnership with the...
Read more