The National Institute of Sports (NIS) has decided to revamp its admission policy for its sought-after diploma coaching course where 46 athletes (men and women) of eminence will be given direct entry with seats increased from 566 to 725. Also the criteria for application has been revamped completely with minimum academic qualification now required is matriculation (class X) instead of earlier times when graduation or 15 years (class 12 plus 3 years of college) of education was considered mandatory.

This has been done to tap the best available talent with more accent on coaching acumen than academic degree. The minimum age of entry for coaching degree is now 21 years instead of earlier 23 years as per notification issued by NIS. “For the first time the entrance exam for the course has been made online, and will not be held manually. The number of seats have also been increased from 566 to 725, in keeping with the restructuring of various sporting disciplines & need of the country,” a Sports Authority of Indian (SAI) release stated.

The major modification is direct admission to sportsperson. “It has been proposed that eminent athletes who have either participated in the Olympics or won medals in world championship or gold medal in Asian/Commonwealth Games will be given direct admission to the course, without any written test or interview,” the SAI said. “This first-of-its-kind direct inclusion of eminent athletes has been proposed in order to encourage eminent athletes for coming into the field of sports coaching. There are 46 seats reserved for eminent athletes (men and women) in 23 sporting disciplines. In case of more than one application in one discipline, a system has been put in place, based on sports achievements, to choose the final candidate.”

To attract the best sporting talent to the coaching sector in India, every year 46 eminent athletes will gain direct admission to the flagship Diploma Course for Sports Coaching in NSNIS, Patiala. @KirenRijiju wants to enhance the level of coaching so as to create more champions. pic.twitter.com/Gb2CtEmo4p

The other focus will be on understanding of sports and acumen for coaching rather than degrees. “Three new parameters, namely logical reasoning and coaching aptitude, communication and basic computer knowledge have been added to the 100-mark written paper.” The inclusion of these parameters have been done following a Gap Analysis exercise that shows new set of coaches need to be able to communicate with athletes, parents, administrators and other stakeholders with ease and also need to be able to adapt to the digital-first approach taking over the country.

Making matriculation as minimum academic criteria was done to make it more inclusive with an aim to ensure that best athletes join as coaches, the marks for educational qualification has been reduced. The marks for sporting achievements have been enhanced from 10 to 20, with an effort to get athletes who have participated and excelled in more sporting events. There has been inclusion of ‘Minimum Physical Standard’ for the first time to ensure a fitter coaching cadre. This will replace the 20 marks allotted to practical test in the old system. Like earlier requirement of two-time participation in All India University Games is no longer mandatory. “Now candidates who have participated only once, either in the All India University Games or Khelo India University Games or Senior National Championship will be eligible to apply,” it said.

“Besides, participation in Khelo India School Games, Youth Games and University Games twice, has been added to encourage Khelo India athletes, especially those in indigenous sports. To facilitate wider participation from athletes from the north east, competitions like Inter-Service, Inter-Railways Championships and Police Games have been included. It has been noticed that athletes from the north east participate in big numbers in these games, and inclusion of these competitions as sporting achievements will help them compete with their counterparts from the rest of India,” the release further stated. The draft admission criteria approved by the academic council for the course has also been thrown open to stakeholders for consultation.

The 2020 World Junior Badminton Championship, which was postponed to be held in New Zealand in January, was on Thursday cancelled due to the...
Read more
Football

City Group-backed Mumbai City FC have on Thursday finally confirmed the signing of Moroccan midfielder Ahmed Jahouh after being linked to the player for...
Read more
Hockey

The Indian Men's Hockey Team Defender Kothajit Singh Khadangbam, who has played over 200 matches for the Indian side, expressed that the national side is...
Read more
Athletics

Incumbent Adille Sumariwalla is set to be elected unopposed as Athletics Federation of India president for his third term while former long jumper Anju...
Read more 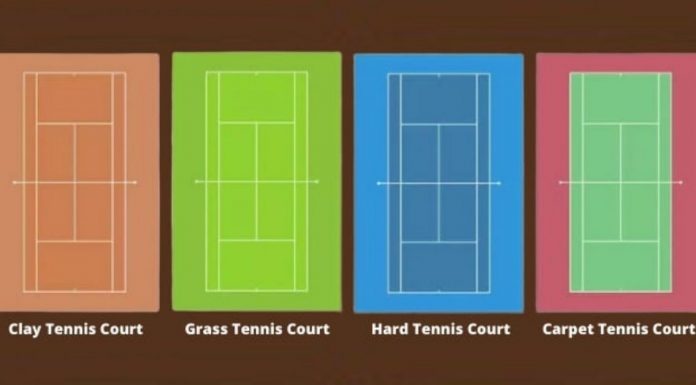 Abhijit Nair - Modified date: October 22, 2020
Tennis is one of the most followed sports in the world. If you watch the game of tennis you might have noticed that even though the size of the court remains the same it is not always played in the same type of court....
Read more