Hopes are high as Kiren Rijiju gets sports portfolio Guwahati: North East is excited and hopes are high after Arunachal West MP Kiren Rijiju was announced as the Minister of Youth Affairs and Sports (Independent Charge) along with the Minister of State for Minority Affairs.

The 47-year old Rijiju is known as a fitness freak and has also participated in games and sports during his school and college days.

“This came as great news to all of us. We are happy and hopeful. Kiren Sir being a sports buff himself, we can expect a lot of things to take place in the department in the next several years…not only for the northeast but for the entire country. He has already proved his worth with his previous portfolio…so the expectations are obviously high,” Chombey, a close aide of the newly appointed sports minister told The Bridge over phone from Arunachal capital Itanagar.

Chombey who knows Kiren since his younger days added that apart from football, cricket and volleyball he is also a keen follower of archery.

“He works out everyday…very much careful of this…I have seen him following football, cricket and other sports including archery and shooting. He also plays whenever he gets time…,” he added.

An arts and law graduate from Delhi’s Hansraj College, Kiren hails from a remote village of West Kameng India-China border. In one of the reports in Eastern Panorama magazine, it’s said that Kiren was also adjudged as best sportspersons in his school and college.

World record holder mountaineer Anshu Jamsenpa who also hails from Arunachal Pradesh said that she is hopeful of a better show by Kiren.

“I hope he will be a good sports minister…like the way he did with the home affairs during the last term. From the northeast’s point of view, we have sporting talents in all the states but these states need little help towards the infrastructure development… except Assam and Manipur, the other states are lagging behind in this regard. I hope he will stand up to the expectations of the people. I wish him good luck,” Anshu who climbed the Mount Everest five times told The Bridge.

Also Read: Without Col. Rathore at the helm of Sports Ministry, the show must go on

One of the best woman footballers of the country Oinam Bembem Devi who is from Manipur believes it is good news for the country.

“I have heard that he has special interests in sports. I’m happy that someone who has the idea of sports and knowledge on football is given the responsibility. I hope it’s good news not only for the NE but for the whole country,” Bembem told The Bridge on the development.

For sports journalist Prarthana Hazarika, she has termed it as a herculean task for the former Home Minister who has never been a part of the sports.

“Though he is a fitness buff and sports enthusiast, but will be a tough game for him to be the sports minister seeing the size of the country. But I’m hopeful that he will be able to overcome all the obstacles and make the right decision. For me, I would like the new sports minister to take care of two things – first if he can rope in more corporate houses which can provide scholarships and employment opportunities to the young sporting talents in different parts of the country so that they don’t have to face the financial instability,” said Hazarika.

She also said that it’s important to have a proper mechanism to spot the talents at the grassroots and groom them in a scientific way so that they can pursue sports as a career and bring laurels for the country.

Royal Challengers Bangalore (RCB) had a brilliant kickstart to their campaign at the Indian Premier League (IPL) 2020 on Monday with a 10-run win...
Read more
Football

The U17 Women’s World Cup, which was rescheduled to take place sometime between February and March 2021, may suffer yet another setback with the...
Read more
Football

The seventh edition of the Indian Super League (ISL) is set to kick-off in the last week of November in Goa and the League has...
Read more
139,384FansLike
12,930FollowersFollow
7,845FollowersFollow 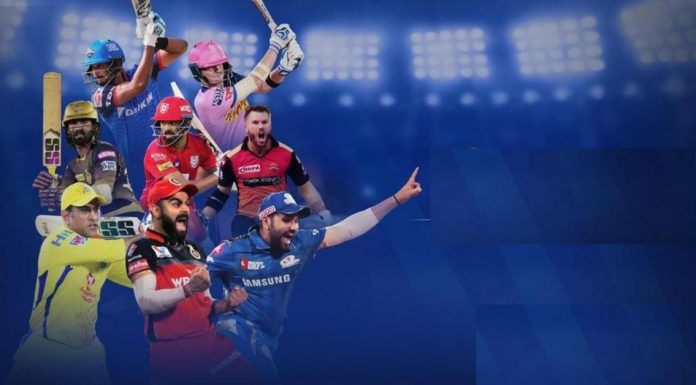 Team Bridge - Modified date: September 18, 2020
The Indian Premier League (IPL) is by far the most popular sporting event in India and one of the World’s biggest and eagerly awaited Cricket events. With the imminent return of the India Premier League cricket, after a gap of one and a half...
Read more

Indian Premier League 2020 Game Schedule: No Opening Ceremony And Other...